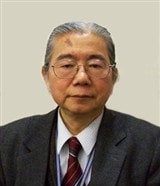 (YourDigitalWall Editorial):- New York City, Nov 27, 2019 (Issuewire.com) – Dr. Omura is a cardiologist with a remarkable 50-year career in the medical world. He is a prolific international doctor and educator, known for his expertise in oncology, cardiology, pharmaco-electrophysiology, neuroscience, acupuncture, forensic medicine, and a variety of other medical techniques.

Prior to his current endeavours, Dr. Omura served as a Professor of Alternative Medicine at the National Medical University in Ukraine. He was also the Director of Medical Research of the Heart Disease Research Foundation from 1972 until 2016.

In addition to being a Fellow and President of the International College of Acupuncture and Electro-Therapeutics, he is the Founder and President of Bi-Digital O-Ring Test Medical Society (BDORT). BDORT is an alternative medicine diagnostic test and a form of applied kinesiology.

Born in Tomari, Japan to Tsunejiro and Minako Omura, Dr. Omura attended Electrical Engineering School of Nihon University and received a BSc in Applied Physics in 1957 from Waseda University. He earned his medical degree from Yokohama City University and served internships at Tokyo University Hospital and Norwalk Hospital, ultimately arriving at Columbia University as a Research Fellow of Thoracic Surgery in 1960. After that, he became a Visiting Research Professor in the Department of Electrical Engineering at Manhattan College from 1961 to 1999. One evening a week, he taught one of the first courses on Biomedical Electronics in the United States and did medical electronics research in their electronics laboratory.

From there, Dr. Omura studied Graduate Experimental Physics at Pupin Laboratory of Columbia University. It was there that he discovered the basic principle of highly sensitive electro-magnetic field resonance phenomena between two identical molecules with identical weight, which became the main principle of BDORT. Using this EMF resonance phenomena, he discovered the simple method of detecting any molecules (including any cancers) non-invasively without even touching the body. He was able to detect any molecules at any part of the body non-invasively without biopsy or blood test for which a U.S. Patent was given.

In 1965, he earned a Doctor of Science (Sc.D.) degree from the research on Pharmaco-Electro Physiology of Single Cardiac Cells In Vivo & In Vitro from Columbia University. At the time, he was a Resident Physician in Oncological Surgery at the Francis Delafield Hospital, which was the Cancer Institute of Columbia University. From 1966 to 1972, he became an Assistant Professor of Pharmacology at New York Medical College. He then became a Visiting Professor of the University of Paris during the summer for four years. Dr. Omura was a distinguished foreign scientist with the French National Institute of Health and Medical Research and has spearheaded international groups to address cancer, heart disease, forensic research, drug detoxification, and other medical efforts.

In addition to working groups, the doctor is a prolific contributor to medical literature. He still serves in an editorial capacity with the American Journal of Traditional Chinese Medicine, the Scandinavian Journal of Acupuncture and Electrotherapy, and the Acupuncture & Electro-Therapeutics Research International Journal. Moreover, he is a Life Fellow of the Royal Society of Medicine (England), the American College of Acupuncture, and the American Association of Integrative Medicine.

Cardiology is a branch of medicine that deals with the disorders of the heart, as well as some parts of the circulatory system. The field includes medical diagnosis and treatment of congenital heart defects, coronary artery disease, heart failure, valvular heart disease, arrhythmia, and lipid management. As a cardiologist, Dr. Omura specializes in diagnosing and treating diseases of the cardiovascular system in addition to peripheral arterial and venous disease, including varicose veins.

Dr. Omura is the proud father of Alexander Kenji, Vivienne Midori, and Richard Itsuma. He became a naturalized American citizen in 1979. In his spare time, he enjoys traveling.

Through his findatopdoc profile, https://www.findatopdoc.com/doctor/8132182-Yoshiaki-Omura-Cardiologist-New-York-New-York-10032 or through his website, http://www.yoshiakiomuramd.com/

FindaTopDoc is a digital health information company that helps connect patients with local physicians and specialists who accept your insurance. Our goal is to help guide you on your journey towards optimal health by providing you with the know-how to make informed decisions for you and your family. 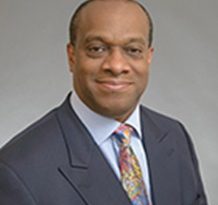 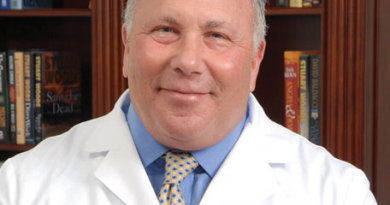 Richard Kravis, MD, FACP an Internist with his Private Practice

November 2, 2019 issuewire Comments Off on Richard Kravis, MD, FACP an Internist with his Private Practice