(YourDigitalWall Editorial):- Austin, Nov 25, 2020 (Issuewire.com) – Buzznog, the premier technology platform behind today’s top events and entertainment properties, is proud to reveal a recent collaboration with Rolling Loud, the world’s largest hip-hop festival brand, in support of the latest Loud Stream virtual music festival, which aired this past October 30-31 exclusively on Twitch. Through Buzznog’s new EMERGE platform, Rolling Loud once again proved itself to be a leader in the live events space with an emphasis on utilizing cutting-edge and immersive technologies to reach new audiences across the globe.

Following the success of the inaugural Loud Stream virtual festival in September that attracted over 4.7 million total viewers, Rolling Loud brought on Buzznog’s EMERGE platform as an immersive enhancement and complement to the existing Loud Stream livestream event that featured sets from some of today’s hottest hip-hop act like Gunna, Trippie Redd, iann dior, Young Dolph, among many others.

EMERGE is a patent-pending, XR (Augmented, Virtual, and Mixed Reality) technology platform from Buzznog that expands the overall viewing experience for both livestream and virtual events through trackable “markers” and customized interactive AR content that is unlocked with a scan from a smartphone. These immersive performances are enabled through virtually any mobile device as the platform utilizes existing AR and camera phone technologies, which means fans do not need special equipment beyond the smartphone itself.

For the most recent Loud Stream, Buzznog integrated a unique graphic that appeared at different points of the livestream allowing Rolling Loud fans to scan the image with their phone’s camera and activate an exclusive AR experience. In addition to the Halloween weekend livestream itself that once again attracted millions of followers, the addition of EMERGE created an increase in consumer engagement across the two-day event. More than one in every three viewers who engaged with the customized AR content clicked the call-to-action to reach the merchandise store on their mobile devices.

“At Rolling Loud, we are always looking to push boundaries. At the onset of the pandemic, we knew it was important to develop an immersive virtual festival that checked a lot of the boxes that a real festival would feature. Partnering with Buzznog on their AR was a great way to create more of that immersive festival experience and gave fans an interactive way to watch the Loud Stream at another level,” said Tariq Cherif, Rolling Loud Co-Founder.

This joint effort marked a continuation of the two company’s long-standing relationship as Buzznog has provided the technology platform and mobile app for Rolling Loud’s music festival properties globally. Together the two companies look to change the landscape of live entertainment and content distribution by creating both live entertainment and virtual experiences utilizing state-of-the-art technologies alongside immersive XR (Augmented, Virtual, and Mixed Reality) capabilities.

EMERGE also complements a number of other brand new industry-leading and infinity scalable XR platforms from Buzznog, including EVOLVE, that enables artists the ability to virtually perform in existing music venues of all sizes across the globe, as well as within custom-created virtual performance spaces. Other new XR offerings include LENS that helps to bring talent directly to fans on-demand through customized games, AR holograms and other exclusive interactions, as well as special filters and lenses on popular social media platforms; in addition to with OBJECT, which places products, art, objects and other visual assets (2D and 3D) directly into the world around through both app-free and app-driven experiences while allowing patrons to preview purchases in real-time and unlock hidden experiences around every corner.

“Immersive technologies are now at the forefront of the entertainment industry and it’s really impactful to see major players like Rolling Loud commit to using these emerging resources to connect with fans in a whole new way,” said Phil Elias, Buzznog Founder & CEO. “Thanks again to the Rolling Loud team for their incredible support as we debuted EMERGE publicly during the last Loud Stream event. It’s been amazing to witness firsthand their brand’s growth globally since we first worked together years ago, and I look forward to our teams continuing to collaborate in the future to reach more audiences than ever before.”

Buzznog was originally founded in 2015 as a direct-to-fan immersive platform for live events and activations, which included both augmented reality and virtual reality for various fan-facing engagements at in-person live events. Since its inception, the company has provided solutions for numerous entertainment properties and brands globally, as well as individual artists and celebrities. Buzznog is also responsible for powering over 150 music festivals in 17 countries across the globe through mobile apps and other technology platforms. Visit buzznog.com to learn more.

Buzznog is a patent-pending, live event platform delivering targeted, immersive experiences to global audiences virtually and in-person. Music labels, artists, film festivals, and over 190 music festivals globally look to Buzznog to power their virtual and in-person events. With solutions provided for entertainment giants such as Madison Square Garden, UMG, WMG, Big Machine, and Rolling Loud, Buzznog has proven to be a leader in the convergence of digital and data across a multitude of activations. Offices include Dallas, Austin, Los Angeles, New York City, Nashville, Miami, London, and Sydney to better serve clients globally.

Founded in 2015 by Matt Zingler and Tariq Cherif as a one-day festival in Miami, Rolling Loud evolved into a global behemoth, with massive festivals on both American coasts and an international event in Australia. In October, Rolling Loud hosted the first annual Rolling Loud New York, which boasted one of the brand’s most impressive lineups yet, and the company is currently preparing for Rolling Loud Los Angeles, occurring at Banc of California Stadium on December 14th-15th. Playing host to the genre’s biggest artists including Chance The Rapper, Lil Uzi Vert, Future, A$AP Rocky, Young Thug, Lil Baby, Meek Mill, YG, Palyboi Carti, and many more, Rolling Loud is proud to be the biggest live brand in hip-hop. For more information, please visit www.rollingloud.com.

For all press inquiries and interview requests, please contact: 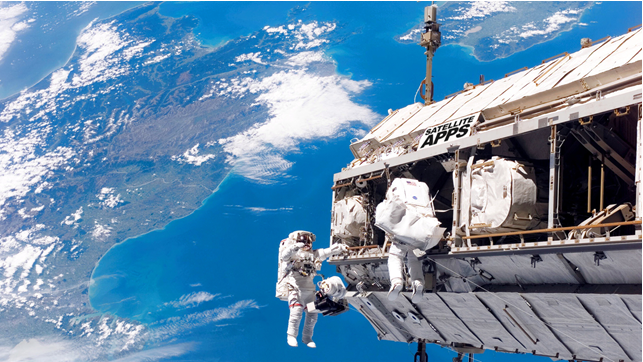