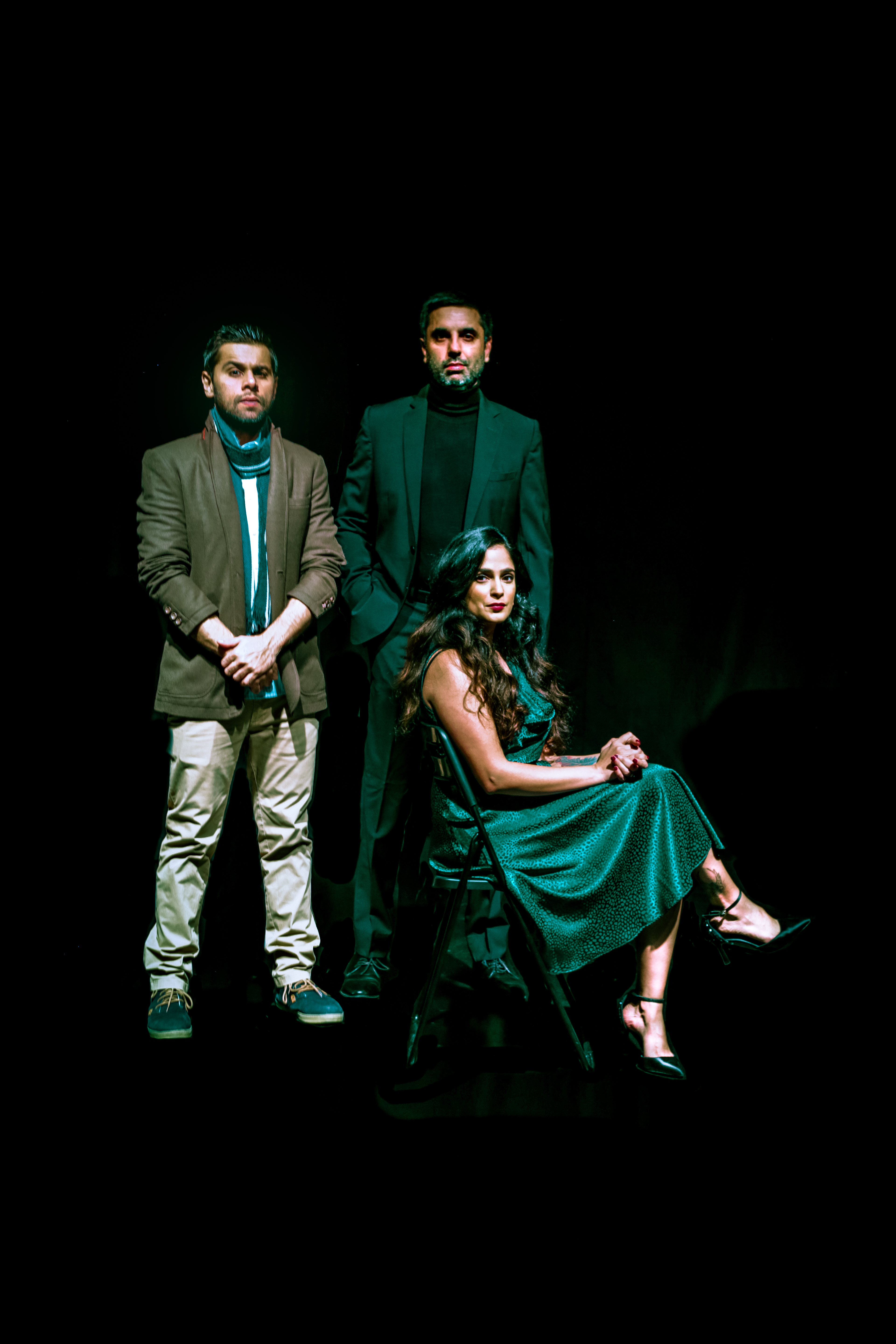 The complexity of human relationships is the focus in Harold Pinter’s “Betrayal” playing at the Junction Theatre in Al-Serkal Avenue from the 1st to 3rd of April 2021. This meticulously staged production, 90 minutes with an interval, dissects the dynamics that exist between husbands, wives, and lifelong friends. It has been officially licensed from the Broadway version which ran over the past year in UK and USA. Post the pandemic, this is Tall Tales Production’s first full length and will perform adhering to all COVID regulations to ensure a safe environment for the audiences who come to watch the show.

The three main characters, Robert, Emma, and Jerry, take the audience on a very curious journey interwoven with wit, drama, love, and deceit. Pinter starts with two ex-lovers meeting after several years, talking about romantic moments they shared and wondering if they are doing well now without each other. Pinter takes the audience back through the years and lets us see how Emma and Jerry came fall in love and begin their affair–
all while Emma was married to Jerry’s best friend Robert, and Jerry was married with children as well.

Betrayal, charting in reverse chronological order the marriage between Robert (Ahmar) and Emma (Meghana) and Emma’s affair with Robert’s friend Jerry (Asad), premiered at London’s National Theatre in 1978. It first played Broadway in 1980 at the Trafalgar Theatre (now the Nederlander). It has since been revived thrice, most recently currently (2019/2020) on Broadway with the cast of Z awe Ashton, Charlie Cox, and Tom Hiddleston.

Through Pinter’s work, the audience is invited to imagine a scenario where despite a husband knowing that his wife is cheating on him with his best friend and he chooses to continue doing business with his friend without letting on that he knows about the affair. Robert maintains a calmness that is almost disturbing; though later he does express to his wife that he cares more about his friend than he does about her anyway. This play
lets one see the ultimate betrayal in marriage and friendship and how in the end no one is the winner.

“Betrayal” is the type of play you will still be thinking about the next day.

With poetic precision, rich humor, and an extraordinary emotional force, Betrayal tells the story of a compelling seven-year affair, thrillingly captured in reverse chronological order. There’s a reason why this play is regarded as “the greatest, and the most moving, of all Pinter’s plays”

Asad Raza Khan, actor, and producer of the show hails the brilliant team that has come together for this production! “It is a very delicate subject and I am glad we are taking this project on. Over the past 2-3 years I have focused on comedies locally written and based in Dubai, but this is a challenge that was too hard to resist. The drama that unfolds scene after scene will leave the audiences in shock externally, and deep dialogue internally. We just hope we can serve justice to the production that made waves on Broadway and west-end before the pandemic. With a wonderful cast and crew including experienced stalwarts and young talent, we aim to give the audiences a good night at the theatre with this one!”

Meghana Mundkur, actor, host, and RJ on a popular radio station states, “It was love at first sight when I read ‘Betrayal’. As an actor, I’m looking forward to pushing myself out of my comfort zone since I’ve never done a Harold Pinter play before. This play is all about the subtleties and subtext so tapping into that and doing the script justice on stage is going to be an exciting challenge!”

Sikendar Hemani, a young director making his full-length directorial debut with the production is humbled by the fact that such an experienced production house chose him for the production. “I believe that a man is born on the day he finds his passion. I discovered mine in the empty classrooms of my university. I spent the better part of the last 8 years building up my credibility as an actor, director, and filmmaker. And in this pursuit of my passion, I am taking the next big step as a full-length play director for Tall Tales Production of ‘Betrayal’ with an immensely celebrated cast. The subject is very hard-hitting, and I hope we do it justice”

Ahmar Iqbal who plays Robert is excited for this journey, “First of all, I love the title of the play – Betrayal -what a hook!

It sounds deceptively simple, when in fact the production is incredibly engaging and packed with emotion. It’s a classic script from a renowned playwright in Harold Pinter, and I’m especially excited to share the stage with Asad and Meghana – two of Dubai’s most talented and accomplished actors. I look forward to the journey of diving into the text, peeling back its many layers, and presenting our interpretation to the
increasingly theatre-loving audience in the UAE.”

The shows in Dubai will be performed from the 1st to the 3rd of April 2021 at The Junction Theatre in Al-Serkal Avenue. There will be an evening shows at 7 30 pm each day with a special matinee show on Saturday 3rd of April 2021 at 3 pm as well. Tickets are available online at www. Bookmyshow.ae and start at 80 AED with limited capacity due to COVID measures. The venue adheres to strict COVID protocols to ensure a safe and secure environment for the audience. 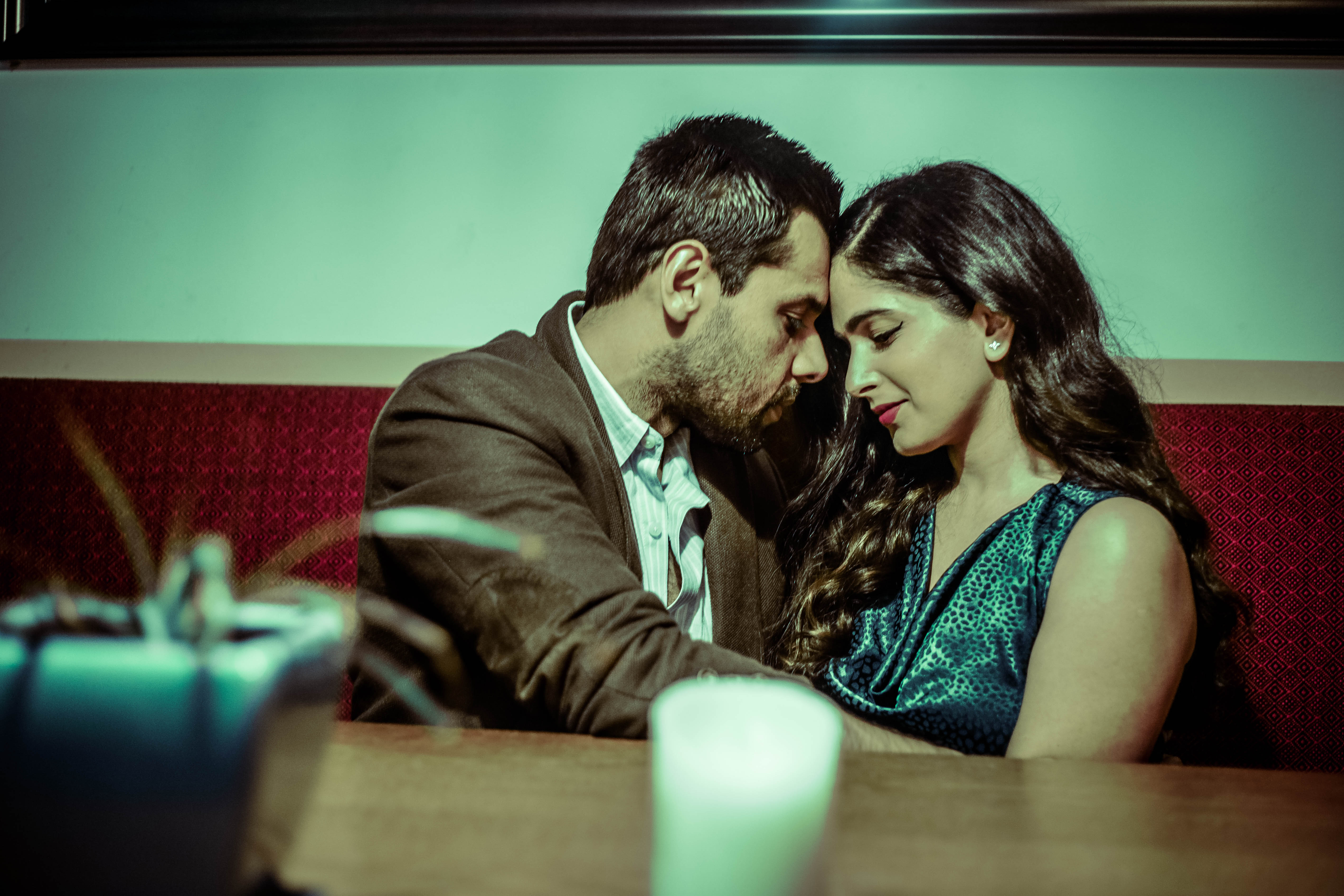 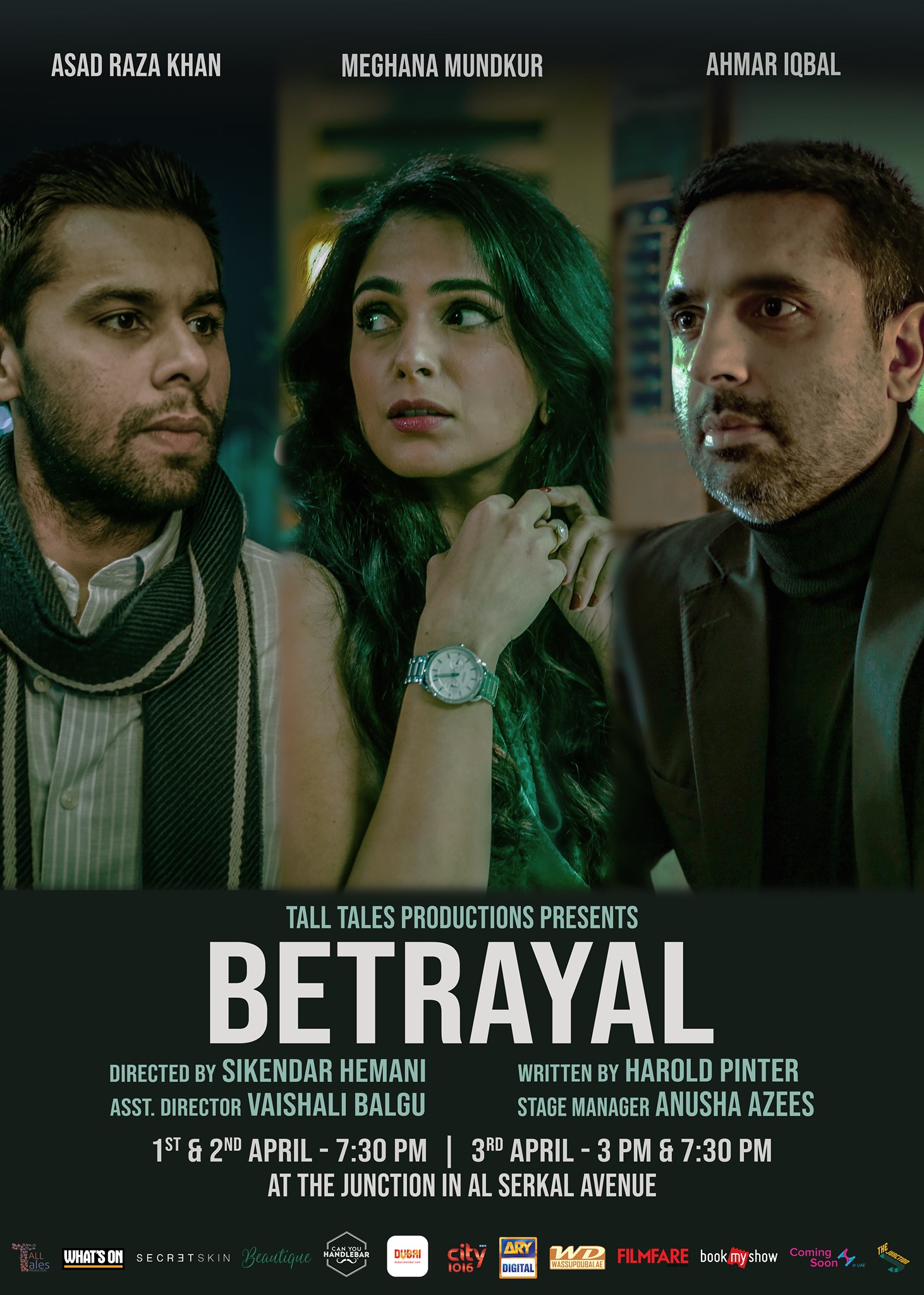 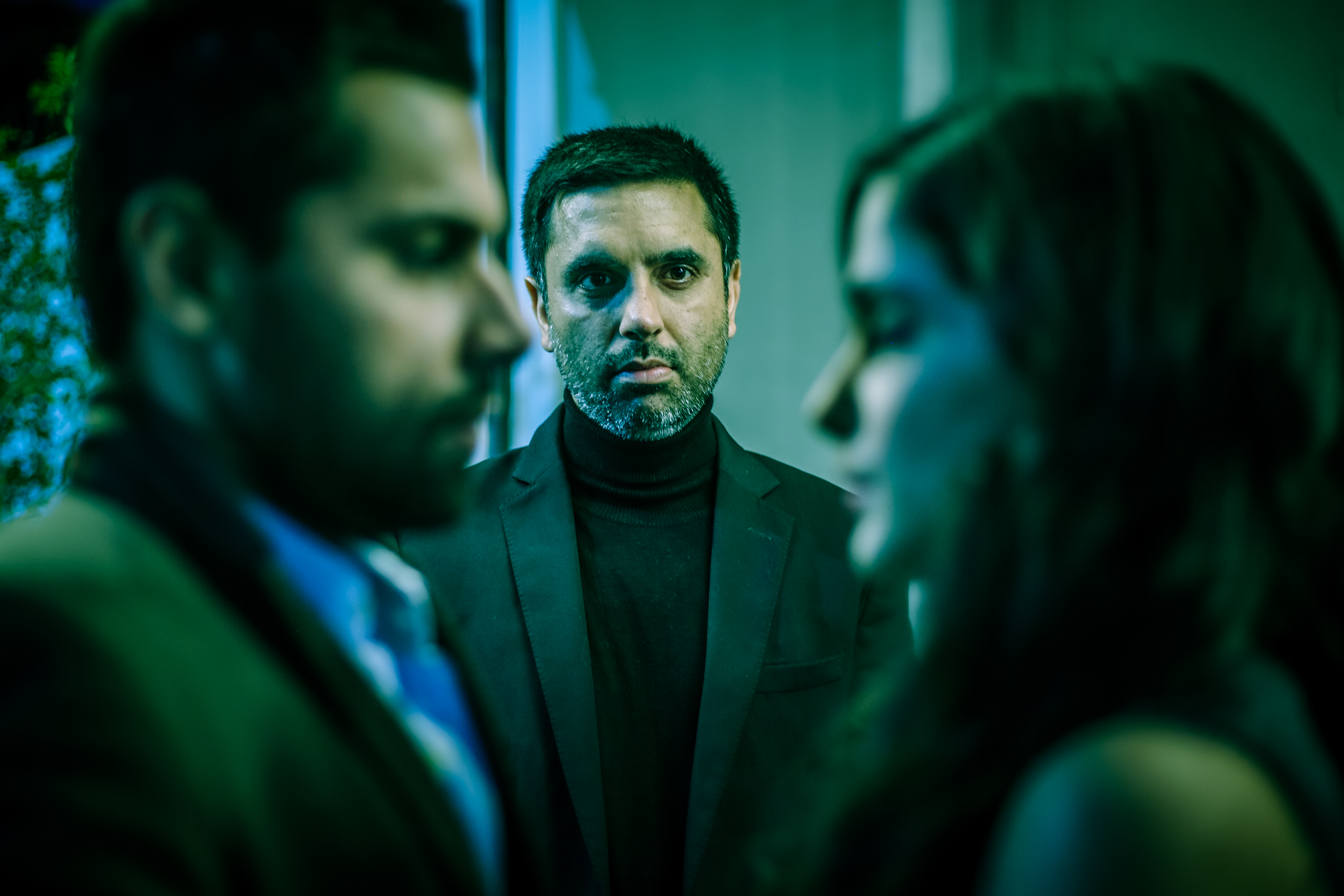 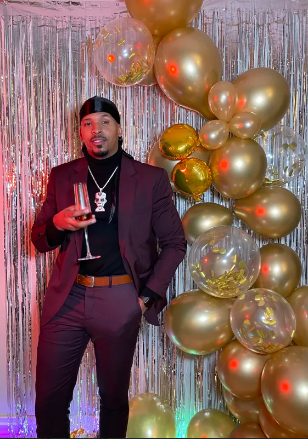