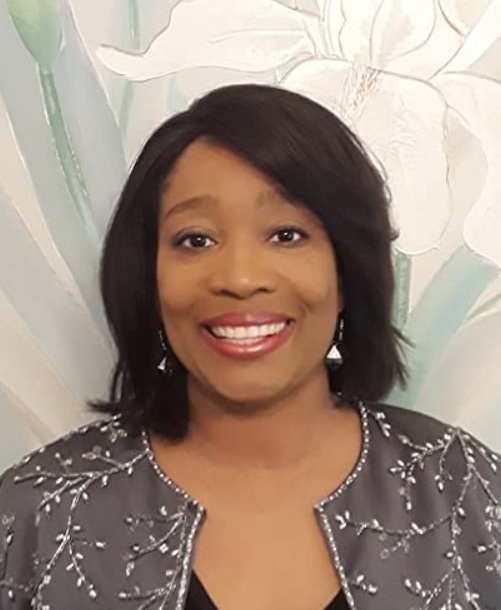 (YourDigitalWall Editorial):- Cypress, Texas May 7, 2021 (Issuewire.com) – A little Black girl growing up in New Orleans dreamed of becoming a Scientist one day and changing the world. She faced discouragement from her private boarding school when she declared a science major as a high school junior, only to be accepted into the University of Maryland at College Park at the age of 16, where she began studying biology and chemistry full time in 1996. She proved herself to be a formidable young Scientist and Researcher, earning a Distinguished Scholar Award and a National Achievement Scholar Award from the National Merit Scholar Corporation as a university freshman. This eager teenager, Shaune Estelle Bordere, JD, BS is now the President and Founder of SRL Motors, Incorporated and the mother of a 16-year-old daughter of her own who is a high school junior, aspiring to major in the sciences as well.

Shaune Bordere set out to eliminate Carbon Dioxide emissions from all vehicles by 2030 on April 22, 2019. She had led an effort to raise awareness of climate change and fossil fuel emissions since 2012 as an Environmental Writer, taking her first scientific documentary to the Cannes Film Market in 2014. This time, Shaune rolled back her sleeves to develop vehicles powered by her conceptualized water electrolysis Hydrogen internal combustion engine. She discovered that an advanced material Carbon allotrope could increase the on-demand production of Hydrogen and Oxygen gas from condensed water exponentially. Shaune began reaching out to Fortune 500 companies including Boeing and Honeywell with her new technology. On March 8, 2020, Shaune discovered the application of her advanced materials to carbon capture and the development of an all-new electric vehicle solid-state battery.

On Friday, April 30, 2021, at 1:51 p.m., Shaune Bordere received confirmation from the United States Patent and Trademark Office of her application for a patent of her new solid-state battery designed for electric vehicles, rechargeable electronic devices and so much more. On Monday, May 3, 2021, SRL Motors, Incorporated was offered further development, design, and sourcing of and manufacture of the advanced and traditional material components of its solid-state battery for minor and major mass production by one of the largest industrial companies in America.

SRL Motors, Inc. and Shaune Bordere’s all-new solid-state battery has over 10 times to as much as 2,900 times the higher energy density than all types of rechargeable secondary batteries commercially in the world. The solid-state battery is estimated to provide as much as 1,000 miles of driving range on a single recharge and weigh less than 22 pounds. The battery is expected to fully recharge in less than 5 minutes, and it is much safer since it contains no Lithium metal or Lithium-ion material. SRL Motors, Incorporated plans to license its solid-state battery technology to leading automakers, airplane manufacturers, and railway manufacturers before the end of 2021 to ensure the ultimate success of electric vehicles in the highly competitive transportation industry before 2030. SRL Motors, Incorporated also intends to engineer, develop, manufacture and distribute vehicles of their own with leading automotive performance and renewable energy firm with a 3 million square foot manufacturing facility in Michigan.

For Shaune Bordere and her team of African American innovators and executives, a new day has dawned on American technology. Now it’s up to industry-leading transportation companies to acknowledge their discoveries, breakthroughs, and drive to bring an end to climate change effectively and safely for the world.

SRL Motors, Incorporated
SRL Motors, Incorporated is an African American women founded renewable energy automaker based in Texas. They have developed one of the most advanced, most powerful solid state batteries in the world. They are developing a Carbon Dioxide emissions eliminating vehicle exhaust system for makes and models of gasoline and diesel powered transportation and a completely regenerative water electrolysis Hydrogen internal combustion engine.
tech@srlmotors.com
8190 Barker Cypress Road

SRL Motors, Incorporated catapults into upper echelon with new solid state battery technology (YourDigitalWall Editorial):- Cypress, Texas May 7, 2021 (Issuewire.com) – A little Black girl growing up in New Orleans dreamed of becoming a Scientist one day and changing the world. She faced discouragement from her private boarding school when she […]