Tamio Hayashi, 77, has doubted that he could never navigate the internet systems set up to register Covid-19 vaccines across most of Japan.

He also hated the idea of using the troublesome systems that have broken down and befuddled other older residents hobbling the inoculation push by Japan.

Fortunately, the local officials in the small north-western town have helped him through the red tape and he got his shots which is a rarity in Japan, where the authorities are racing to inoculate the vulnerable elderly population before the start of the summer Olympics in six months.

Hayashi has told news outlets that this is great after he and his wife got the second dozes of the vaccine at a local gymnasium.

Soma is a rural city 240 kilometers (150 miles) north of Tokyo that has been devastated by tsunami and earthquake in 2011 and it has surged ahead of most of the country in vaccinations by paying heed to the lessons learned from the catastrophe that happened a decade ago.

Japan is lagging far behind other advanced economies in vaccinating its people as 12% of the population has just received only one shot.

Sun Jun 20 , 2021
The CEO of Tesla, Elon Musk has made another shocking announcement about the cryptocurrency, Bitcoin. He said in a statement on Sunday that his company is eager to accept Bitcoin as payment for its products in the cryptocurrency again when it goes eco-friendly. The American manufacturer of electronic […] 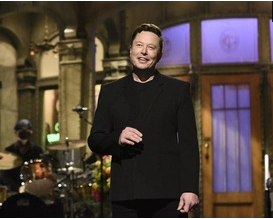