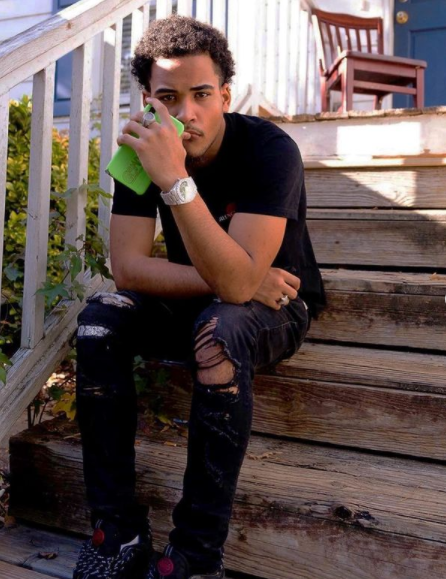 Featuring some tuneful outpouring and mighty movements, versatile rapper Smoov Bully is offering the listeners his latest EP, titled ‘Bully The World’.  The EP contains six exquisite bangers and each of them is deftly produced and skillfully crafted along with an ample amount of Smoov’s individuality. He has paired up with Semba Bully to create this masterpiece. Out of six tracks, four are made by this high octane collaboration namely, ‘Not That Guy’, ‘Fuckin Around’, ‘Dominos’, and ‘Like This’. Each of the bangers is recreating the essence of new-age hip-hop music with some additional layers of weight, grit, and clarity. There are two other tracks namely, ‘Who Smoov Is’ and ‘MOST HATED’, solo representations by the artist.

Hailing from North Carolina, this talented Brentwood hip-hop artist is making some brisk moves through the industry with each release he makes. Previously, this rapper released an EP named ‘LifeOfSmoov’ which contained three amazing bangers. Another impressive work was the artist’s 2019 album, titled ‘Pressure Makes Diamonds’. The album appears with nine exciting tracks while reflecting the rapper’s aura and unwavering personality. The EP ‘Bully The World’ is the latest addition to his musical arsenal which is helping him to reach the peak of success. However, the title of the track might sound a little aggressive and contradictory but the artist has skillfully established the theme through his tracks. He is bullying and dishing out the wrongs and misdeeds of this harsh reality and world. To listen to his poetic wordplay and rapping style, follow Smoov Bully on SoundCloud, Facebook, Twitter, and Instagram.

Check out all tracks of this album ‘Bully The World’ on SoundCloud: