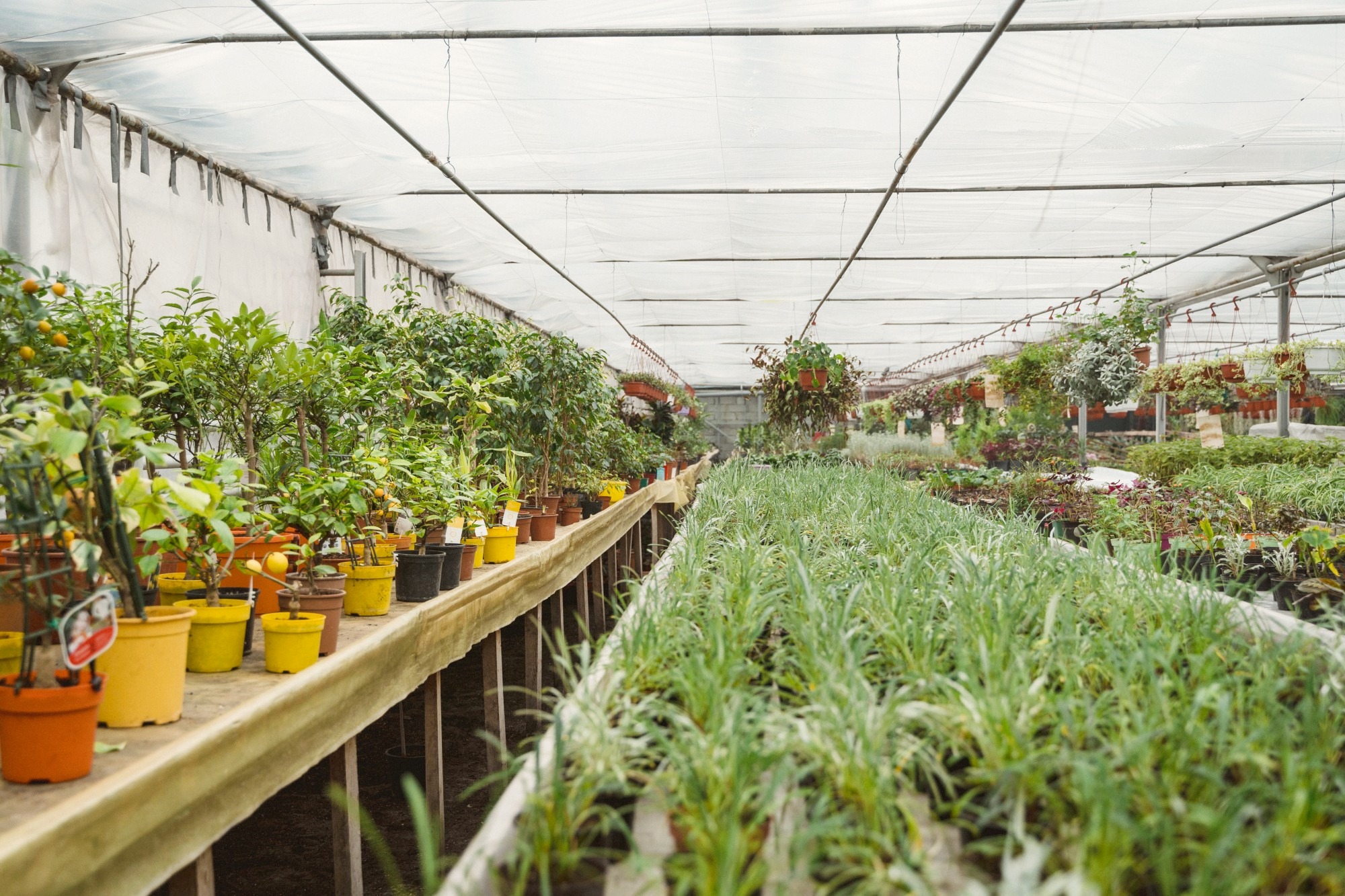 The world’s first nursery and vertical farming startup for endangered tree species was started by the Leipzig Palms and Urban Greening Camp project.

(YourDigitalWall Editorial):- Leipzig, Saxony Jul 15, 2021 (Issuewire.com) – Urban agriculture and vertical farming as well as plant cultivation with hydroponics are traded by futurologists as the future of agriculture. This was also a reason to develop an extra Urban Greening Camp in Leipzig years ago and to build it up since 2020. In the run-up, the first tree and plant species have already been cultivated, including particularly endangered species. Herbs and medicinal plants will be cultivated in further grow rooms which are in preparation. There is actually no vertical farming company worldwide that combines biodiversity conservation, urban farming, tree cultivation, and species protection.

The greening camps will cultivate many native plants and important trees for agriculture and forestry. Cities will be supplied through home improvement stores and garden centers. The camps will simultaneously serve education and training, development, and research. Urban and vertical farming is being taken very seriously in some major Asian cities, and complete greenhouse buildings (Urban / Vertical Farming Towers) are even being planned. With sufficient support, we can also realize a vertical greenhouse over several floors in Leipzig. The Urban Greening Camp will not only cultivate plants under artificial light but also with direct daylight. For this purpose, innovative solutions and developments in the field of hydroponics (aquaponics and hydroponics) will be developed and tested – barrels, canisters, and water tanks are already available. A suitable building has already been occupied, and initial talks have been held with the owner. It is not just about endangered tree species, vegetables, or a few herbs, but about professional greenhouse facilities, storage, and logistic systems – which are also needed for some important species conservation projects. The Urban Greening Camp is a center for biodiversity and species conservation, not only locally or regionally but internationally! Many species conservationists, conservation organizations, botanists, botanical gardens, and environmentalists have already been informed and invited. Berlin and Leipzig have many flat roofs, these should be used much more for rooftop greening and roof gardens.

The Urban Greening Camp and Leipzig Palm Project is a platform for cultural, socio-economic, and scientific exchange, online as well as directly on site. Active participants are welcome to join the innovative developments and projects. The garden market and tree nursery will cultivate not only palms but also other important plants such as herbs, ethnobotanical and medicinal plants. Endangered tree species and important flowering plants for bees are also in the program. Permaculture, urban farming, community, and urban gardening are not just trendy terms, they are global movements that can make cities more livable and environmentally friendly. In principle, the allotment garden movement which started with the poor gardens and allotments in the 19th century is the first urban gardening movement. For years we have been supporting the movement and cities on urban greening issues. Kindergartens, schools, and universities also have the possibility to establish allotment gardens on their premises, we talked with a lot of them to establish more horticulture, community, and rooftop gardens in inner cities.

Since 2016, the founder of Greening Deserts has been developing projects such as the greening and research camps for sustainable reforestation, greening, green and clean technologies (cleantech and greentech). Species protection, climate protection, nature conservation, environmental protection, and especially sustainable actions, as well as economic activities, are important tasks of future ventures. Ecological education and environmentally conscious actions are also important points on the Global Greening Agenda developed by Oliver Caplikas together with colleagues from the EU and UN over the years. The international Greening Act and the new Green Deal have already been successfully implemented in some countries. It is about an honest and conscientious transformation of environmentally harmful economic sectors, the reduction of global overproduction, and the improvement of consumption and environmental awareness of societies and the world population as a whole. That is why many innovative projects have been founded over the years, successful campaigns and initiatives have been carried out worldwide. Many people and organizations got inspired and followed a good example

The crisis has set back some developments and projects but brought others forward. Like the new Urban Greening project in Leipzig, which is currently focusing on innovative plant cultivation, storage, and cooling systems – especially with regard to energy storage and economical water management. All of this will be incorporated into future vertical farming solutions and systems that will be developed at the Urban Greening Camp. Solar, wind, and water energy applications will play a crucial role. A research facility on a larger roof could show that green roofs and solar systems are possible at the same place and time, for which the Agrovoltaik project was founded. Another important topic is the education and increased promotion of facade solar systems, hydrogen energy storage, transparent solar technologies, and Vertical Axis Wind Turbines (VAWT). Very interesting in this context is the combination of highly efficient processes for hydrogen production from solar and wind energy.

The founder has exchanged ideas with many international institutions and universities about the potentials, especially in the field of building technology and energy storage solutions. In the future, buildings could be efficient energy storage devices and decentralized power plants; it is the future of a truly sustainable energy economy and more economical use of natural resources. Facade greening and photovoltaic facades can also protect against high heat and store heat. Urban greening, in general, can help cool cities and, of course, provides fresh air. More light-colored surfaces, such as lighter asphalt and concrete are also a good option; in New York and other cities, roofs have already been painted white to cool buildings. Greening cities and urban regions are key to urban cooling and thus global cooling.

We invite interested investors, strong partners, and sponsors to join the project development. In late summer, the first round and official meeting of interested parties will take place. Representatives of the city of Leipzig, Halle, Dresden, Berlin, Hamburg, and other interested cities are also invited. We are looking forward to a successful start of the new startup and a greener future. 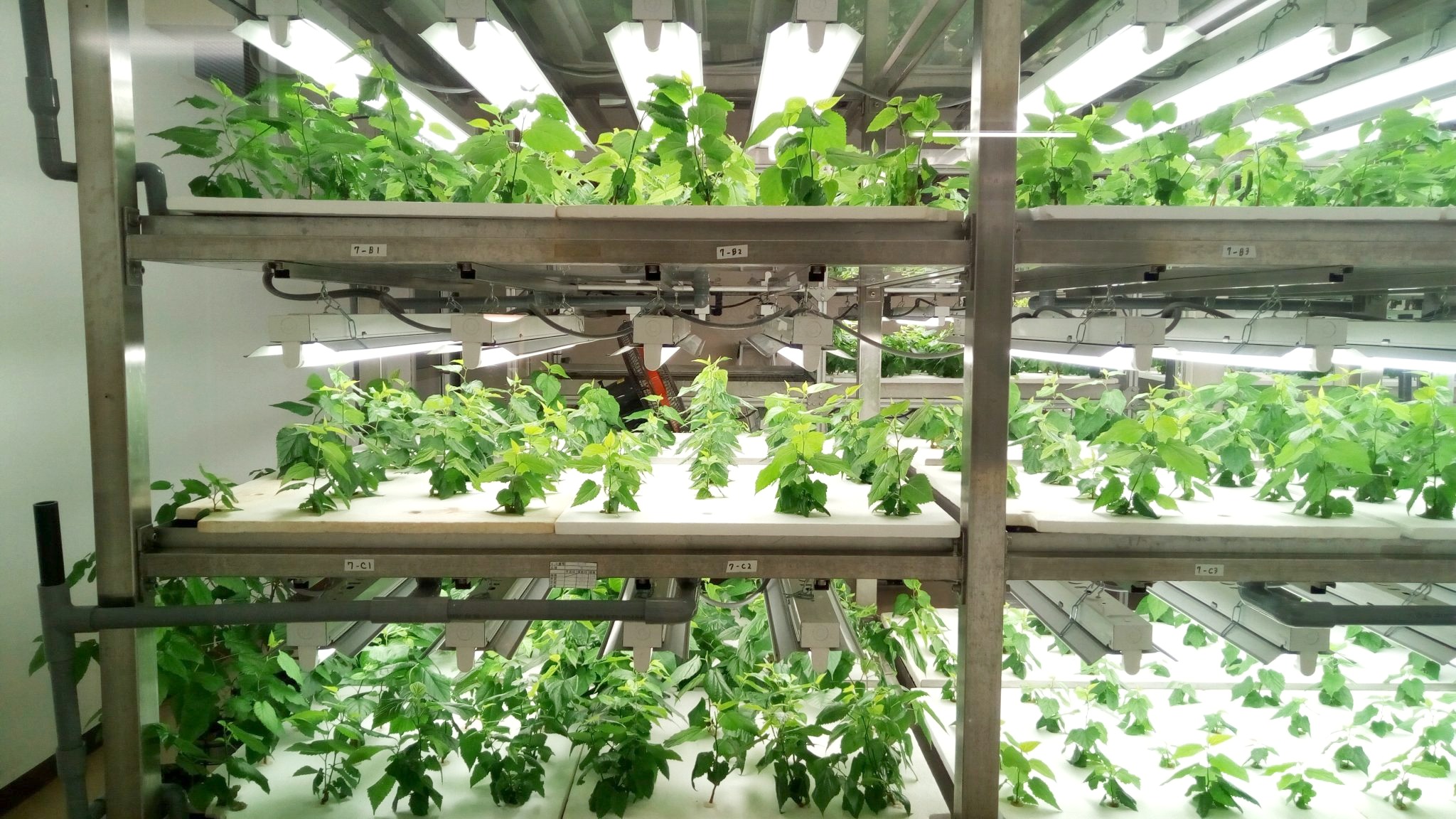 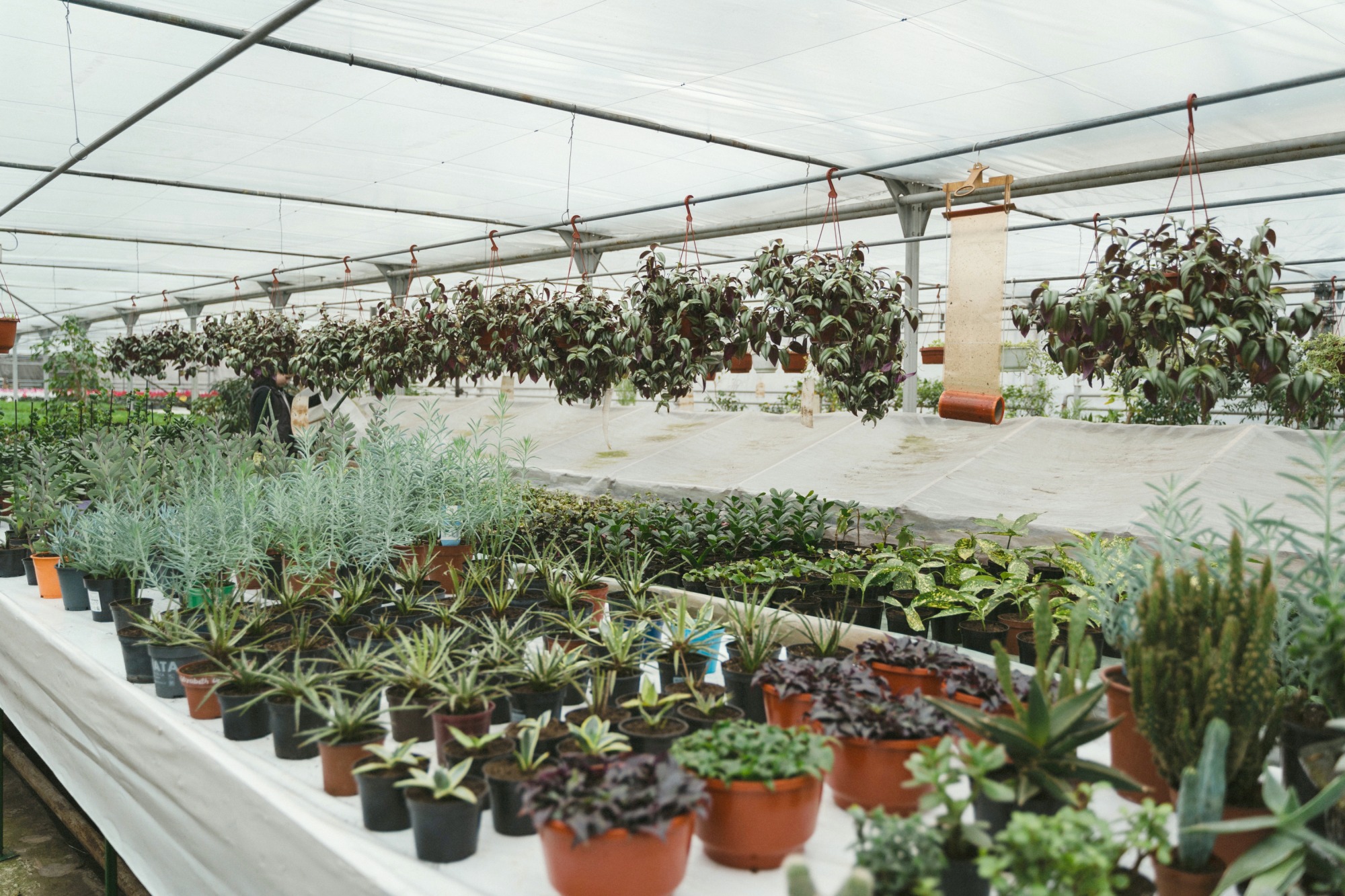 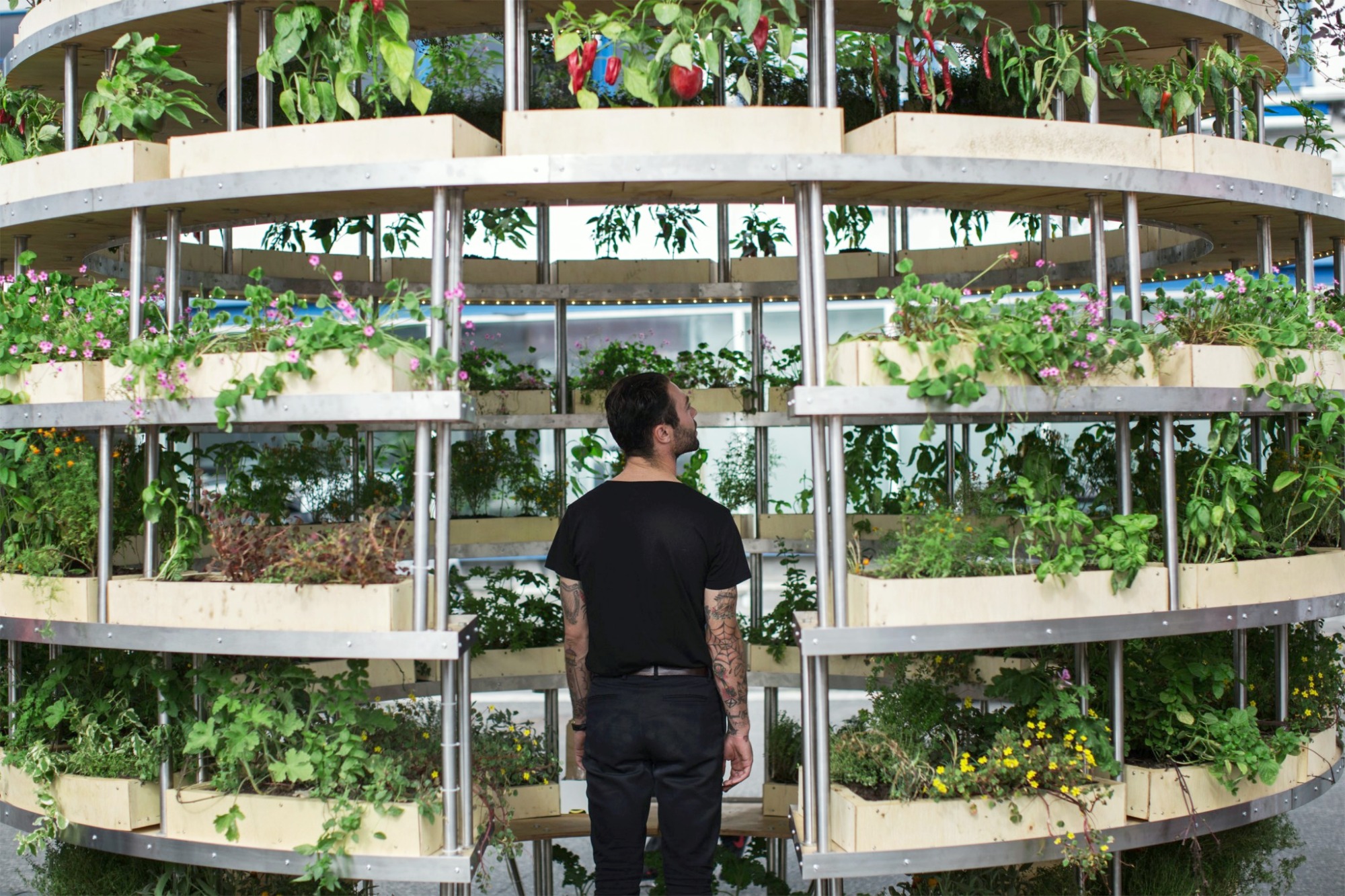 Gabriel Radulescu, the Top Dubai Celebrity Photographer That will Photograph you with Exotic Animals and Supercars.

The world’s first nursery and vertical farming startup for endangered tree species was started by the Leipzig Palms and Urban Greening Camp project. (YourDigitalWall Editorial):- Leipzig, Saxony Jul 15, 2021 (Issuewire.com) – Urban agriculture and vertical farming as well as plant cultivation with hydroponics are traded by futurologists as the future of […] 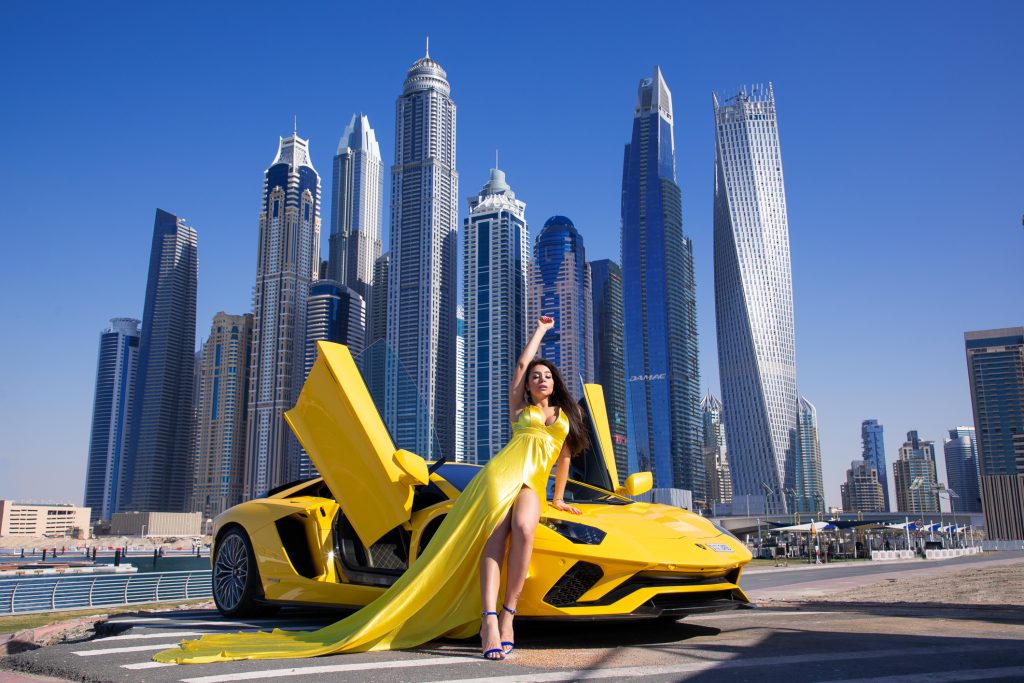