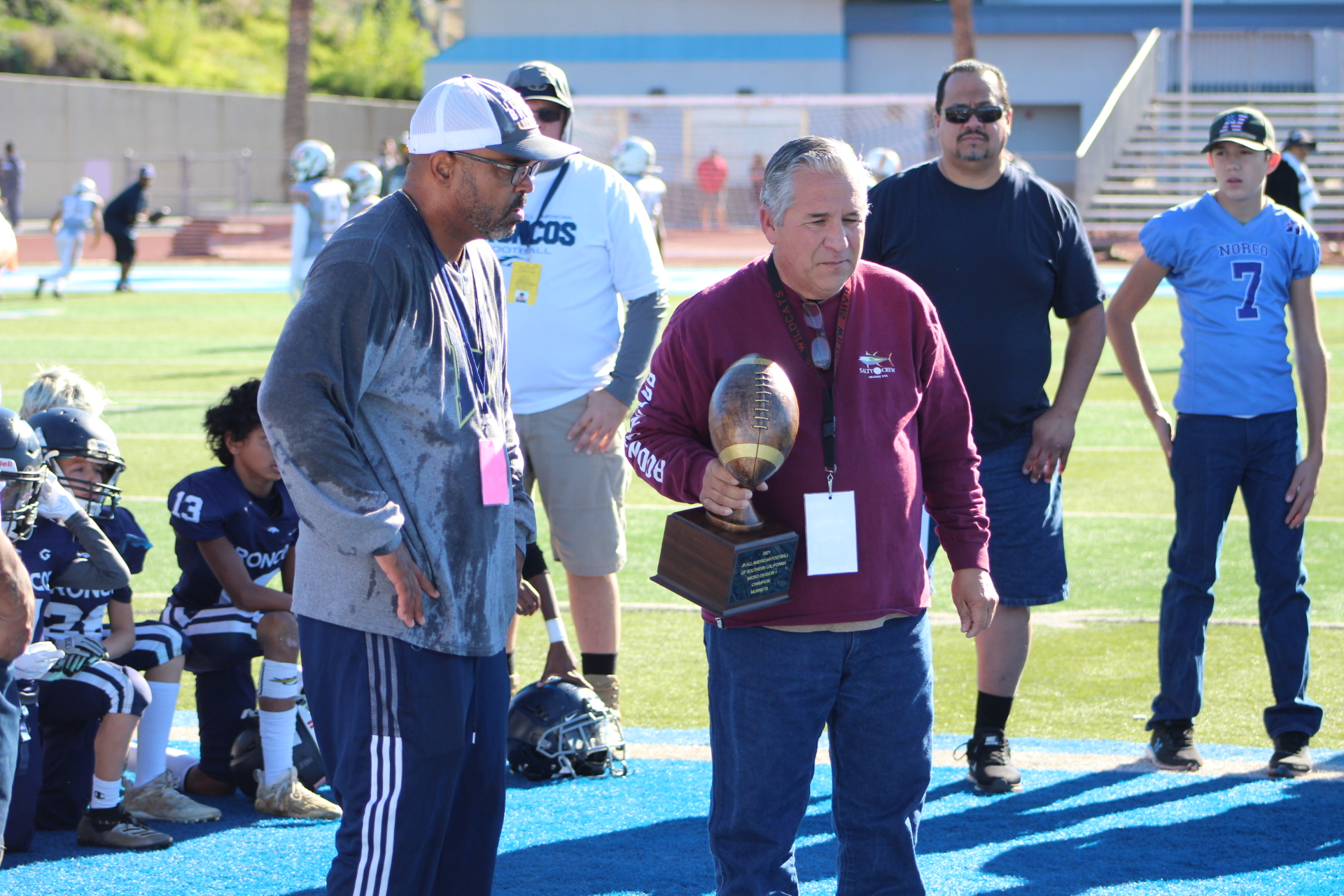 Both teams compete in the weight and age-based Southern California Junior All-American Football Conference (SCJAAF) that encompasses both elite and non-elite level youth tackle football teams, grouped in divisions ranging from Division 1 to Division 2 and 1-A and 1-AA in between, with all teams eligible to earn playoff berths and ultimately the SCJAAF Super Bowl Championship games, if they win out; in the Elite Micro D1 Division, it came down to the conference’s #1 offense and #1 defense in Murrieta and Fontana – perennial league powers – with a coin flip determining the #1 seed – Fontana Skyhawks.

The game started with the Skyhawks driving down the Norco High School Field (host site) with a brutal ground and pound rushing attack with off-balanced formations and crucial blocking schemes that were often effective for the but, Murrieta Broncos high powered offense, which combines the league’s #1 passing attack with an equally effective and top-rated rushing attack, the Broncos scored, then converted an extra point but, it was their solid and tenacious goal-line defense that secured a Murrieta 7-6 victory in the final seconds.

Mercadal’s players, whose son, Payton Mercadal, a key, skilled veteran on the team, is made up of many first-year tackle football players, fellow Frat Boyz 7 on 7 football team players, who also compete simultaneously in other sports both during and after the tackle football season, such as wrestling, baseball, basketball, boxing, jiu-jitsu, soccer and motocross, some even attend sports training academies but, for a rigorous yet enriching 5-6 month period in Summer, Fall, and Winter, commit themselves to the top youth football program in the area.

The 2021 SCJAAF D1 Micro Division Champs and their entire league, during the month of October, supported Breast Cancer Awareness Month by wearing pink socks and ribbon decals on their helmets, and the MJAAF Website shows support for Type 1 Diabetes awareness, as it relates to warning signs, symptoms and the youth. 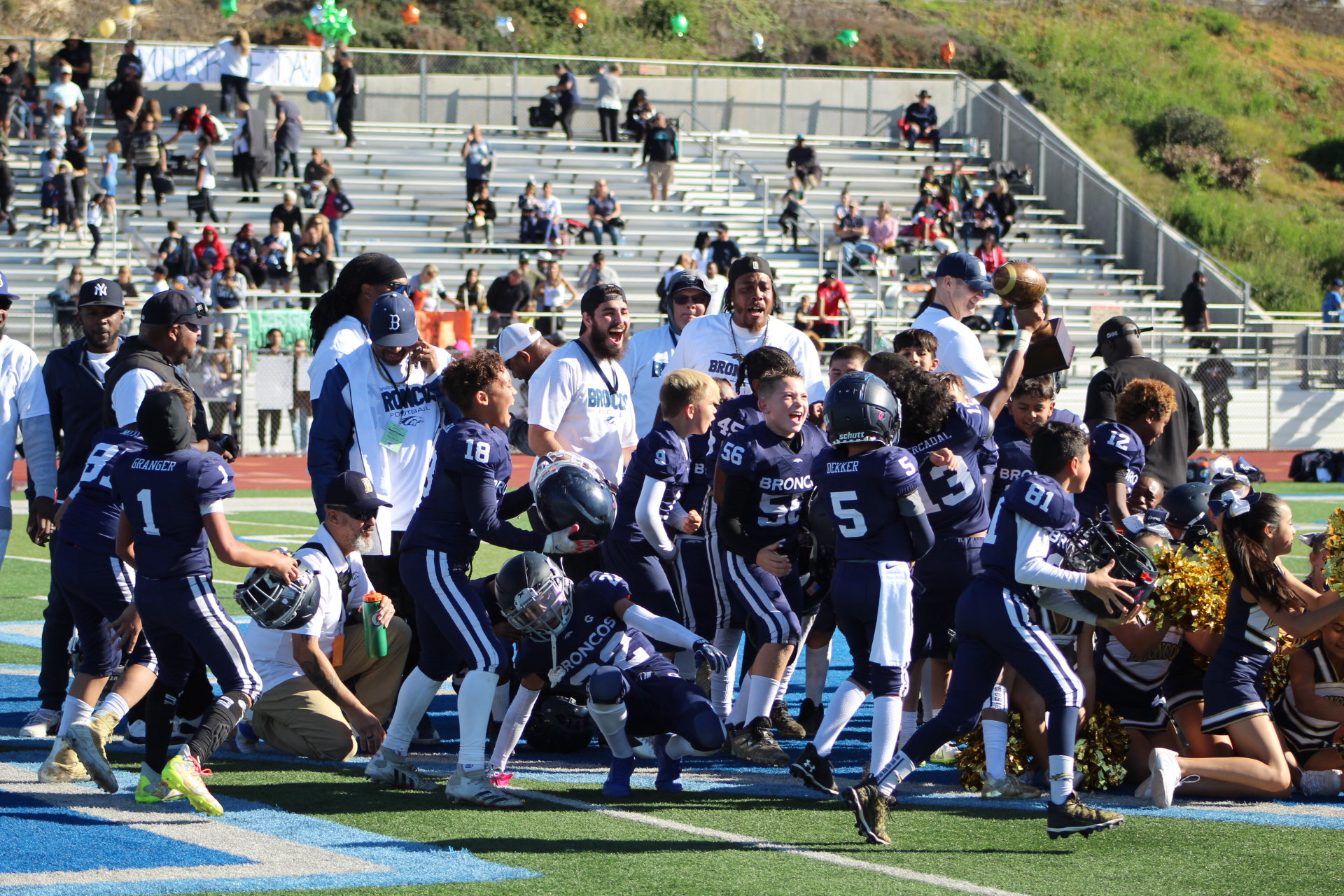 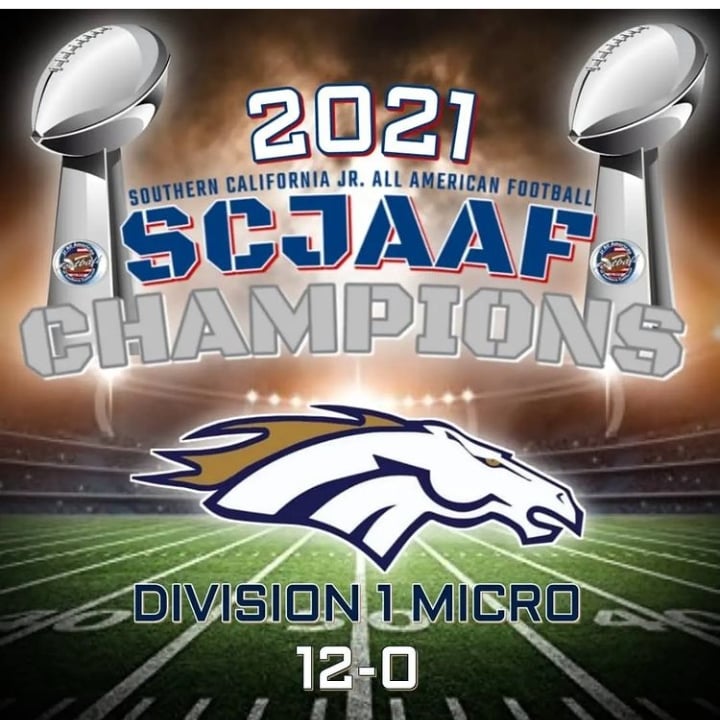 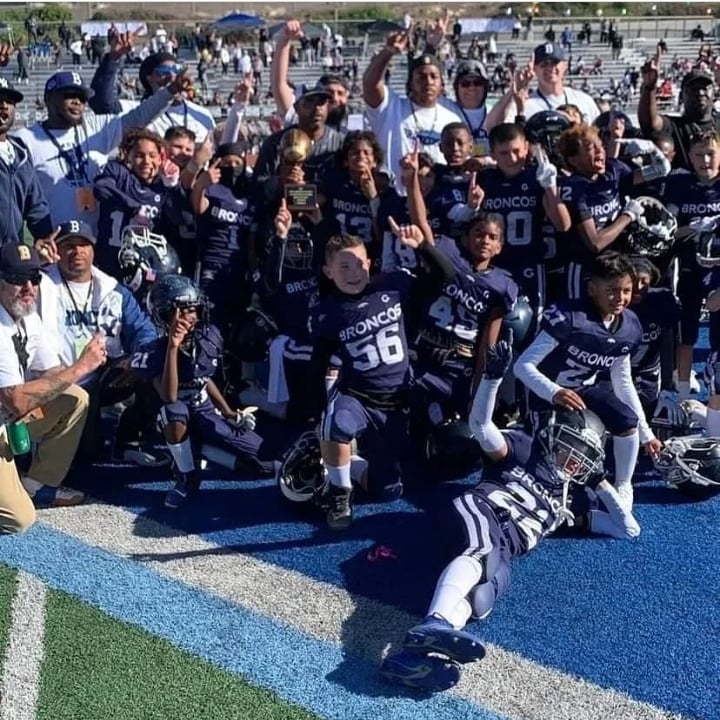 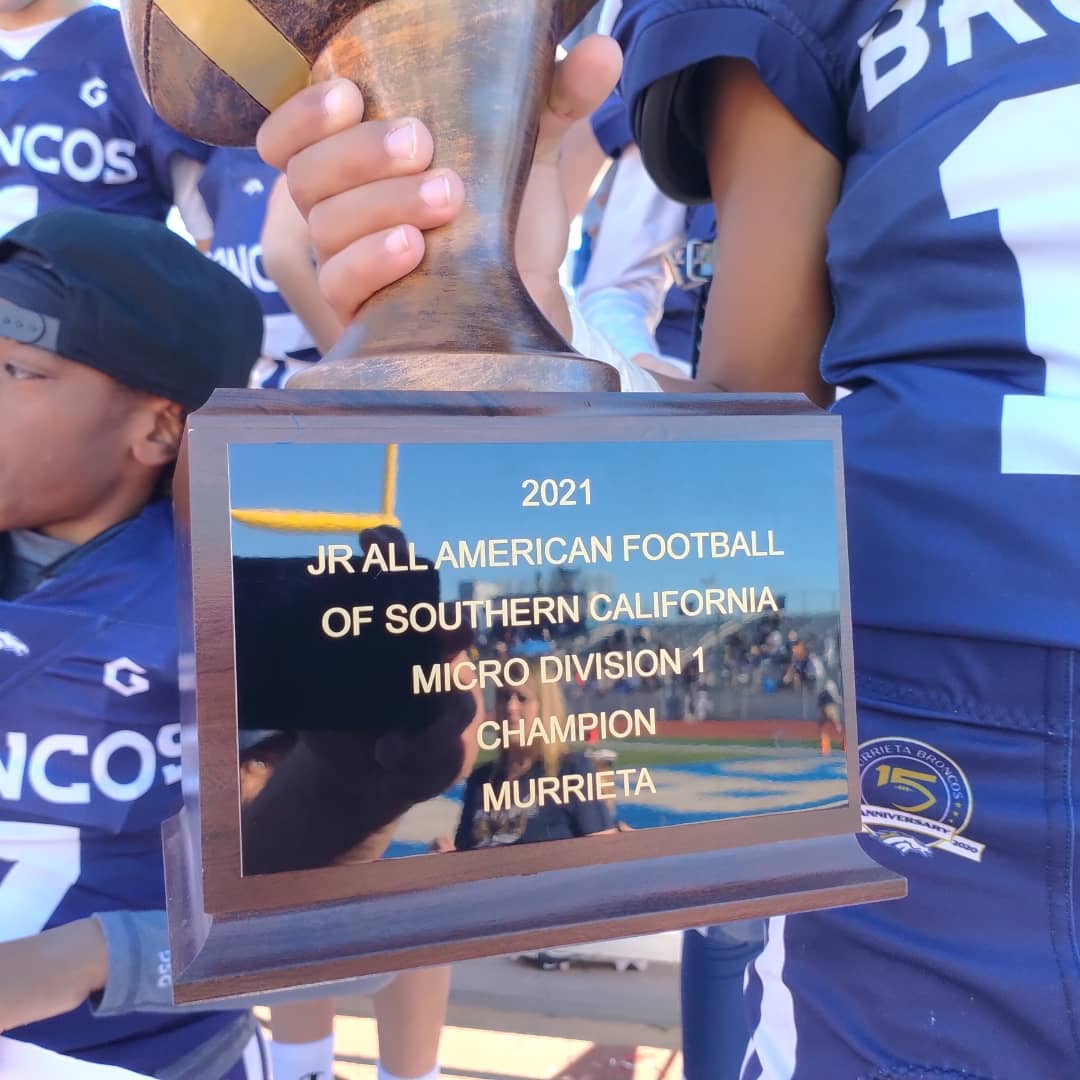 Fri Dec 24 , 2021
Promising artist Parsonz has dropped a brand new music video on his YouTube channel, ‘Midnight Til’, which has amazed everyone with its infectious melody. (YourDigitalWall Editorial):- Philadelphia, Pennsylvania Dec 24, 2021 (Issuewire.com) – A young promising artist has come into the industry to set the bar high for other artists. Parsonz, an […]