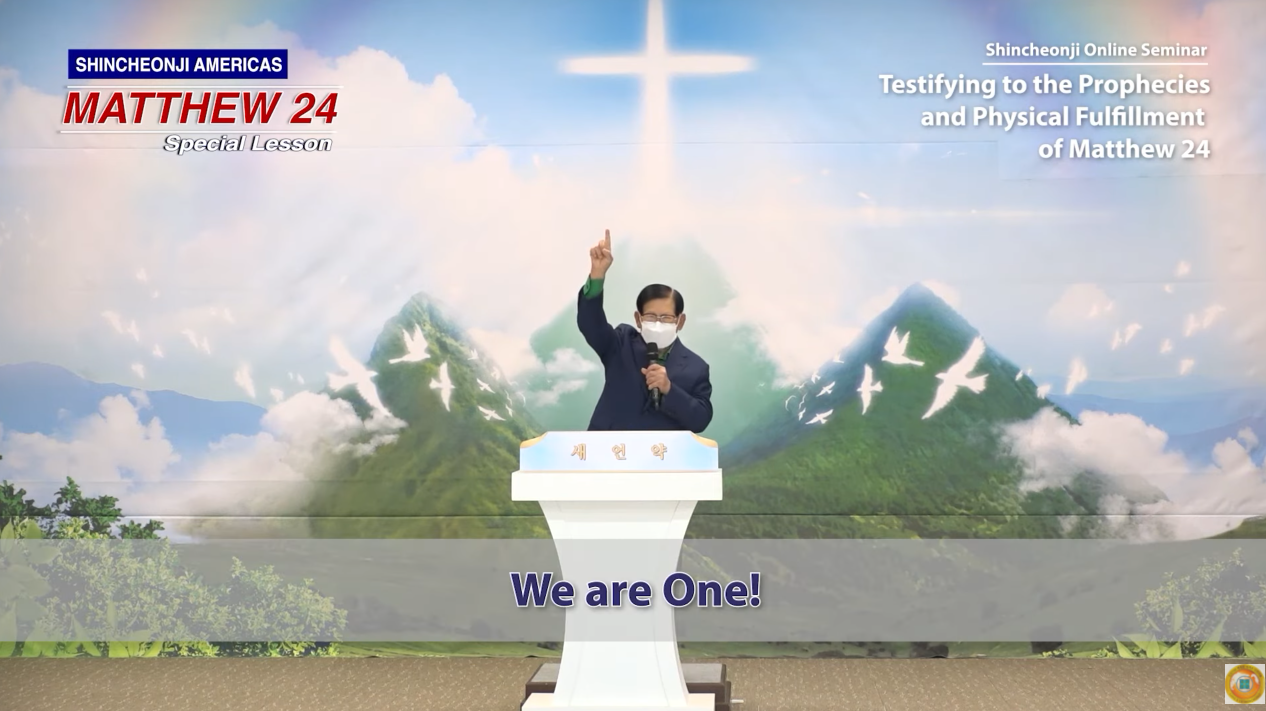 On the 9th of April at 6PM CST, Shincheonji Americas churches held a seminar centered on the theme of war and peace titled, “Testifying to the prophecies and physical fulfillment of the Time of the End according to Matthew 24” through Zoom.

(YourDigitalWall Editorial):- Chicago, Illinois Apr 11, 2022 (Issuewire.com) – The Seminar, hosted by Shincheonji Churches in the Americas, was attended by pastors from across the Americas, theology professors, seminary students, lay believers, and media personnel. Chairman Lee Man-hee of Shincheonji Church was the main speaker for the seminar.

The seminar began with Chairman Lee Man-hee explaining the circumstances in which Matthew 24 occurred. The chapter prior referred to the time in which Jesus first came, but the events of Matthew 24 all address the time in which Jesus will come again. Chairman Lee explained who were the opponents of the wars, correcting a misunderstanding of the war being between Ukraine and Russia.

Throughout the seminar, attendants were seen paying attention, taking notes, and seemingly reflecting on the simplified explanation of a topic that has had people “making up all kinds of different theories, like a hot pot”, as said by Chairman Lee.  One of the attendants communicated that the “thought-provoking” seminar made them feel like “God must be asking [them] to seek him out again”.

The intention of Shincheonji Church in hosting this seminar is to help believers of Christ gain a true understanding of the deeper meanings found in the Bible as a solution to this decline. The world is undergoing unprecedented and difficult times. From COVID-19 to the Ukrainian conflict, among numerous other conflicts, Shincheonji Church recognizes that these difficulties have pushed the global village to question why such events are taking place so frequently now compared to prior times.

Going verse by verse “from the Bible in [his] heart” and explaining the true meanings of the war mentioned in Matthew 24 related to the Book of Revelation, Chairman Lee shared, “These things must take place. What must take place? It’s the second coming of Jesus”.

At the conclusion of the seminar, attended by religious leaders of varying beliefs, including Hinduism and Christianity, Chairman Lee challenged everyone that “we must not curse”, but “we must forgive each other” and “we should love even our enemies”. These words and many others were an inspiration to one of the seminar viewers, Dr. Parina Mehrotra, who shared, “If we think about the happiness, peace, and protection of our own nuclear family, then how can we forget the family of this entire world? I salute Chairman Lee of such thinking.”

After the “War and Peace in the End Times” seminar on the 9th of April, New Heaven New Earth (NHNE) Midwest, a branch of Shincheonji Church, will be hosting weekly seminars for interested learners to continue the journey with small group study beginning April 26th. As Dr. Parina Mehrotra stated, “To believe in God, it is very important to understand the word written in our scriptures. And to understand that one has to take shelter from the messenger of God. Only then [will we] be blessed.”

During this time of war and uncertainty, as people are seeking answers in religion, Shincheonji Church has been conducting weekly seminars since October 2021. Currently, these seminars can be found on Shincheonji YouTube channels translated into 24 languages, and have exceeded 20 million views in under six months. Revelation and Parables seminars, and most recently the Intermediate seminar, “Testimony on the Revelation of the Old and New Testaments by Chapter” can be found on YouTube (https://www.youtube.com/c/nhnemidwesttv).

To get in touch with a media representative from Shincheonji Church, you may email shincheonji.usa@gmail.com

On the 9th of April at 6PM CST, Shincheonji Americas churches held a seminar centered on the theme of war and peace titled, “Testifying to the prophecies and physical fulfillment of the Time of the End according to Matthew 24” through Zoom. (YourDigitalWall Editorial):- Chicago, Illinois Apr 11, 2022 (Issuewire.com) – The […]