(YourDigitalWall Editorial):- Leipzig, Saxony May 30, 2022 (Issuewire.com) – Since March, there have been indications of significant climate changes, such as shifts in the annual air currents in spring, more drought, and too few long periods of rain. Increased human activities related to the pandemic, such as more heating from traffic, business, and tourism, will make the already far too warm season even warmer. In addition, there are heating factors since the beginning of the war in Europe, because the fossil industry, coal, and armament industry have also a certain part in global warming! Several streams in the atmosphere and oceans are disturbed because of the extreme events during the last few years, much has to do also with the huge amount of forest fires and global overactivity of the economy. Many companies produced more than normal, maybe because of compensating for the losses during the high of the pandemic. Others pushed fossils like coal, gas, oil, and wood products after the war in Ukraine started. Typical human panic made many things much worse, similar to other hasty actions. More global warming, armaments, or rearmament rising risks of conflicts and wars of course. Special solar activities are also scientifically interesting when it comes to climate changes, especially in the northern hemisphere. The article is also a kind of fire letter and urgent appeal to the responsible persons in politics, economy, and science! For more details, graphs and information just contact via email or visit the official sites like Windfinder. For historical documentation and scientific purposes, a few graphics and single screenshots of the last weeks with climate examples and weather data are attached, so you can clearly see the extreme weather events and phenomena. The vortex over the North Sea and the shifted air currents from the north block the air masses and winds from the Atlantic and the North Sea. Large humid air masses can be seen as not moving over Europe. This is or was the main problem for the first dry phase in spring and April as well as the current drought, heatwave, and drought – especially in Southern Europe and North Africa.

For affected regions various soil and water samples were collected, during dry periods one can see more exact and relatively unadulterated values – particularly in relation to river and lake water which is not falsified by influences as well as inflows from the agriculture or edge areas at the waters. After we have analyzed water samples from water bodies in the region of Leipzig and Saxony, one can see very well the water quality as well as overall conditions of the water bodies. It has been noticed that the water levels have dropped sharply, this is not only due to the lack of rain upstream and in the mountains. Reasons are lack of meltwater, strong winds, and increased water uptake by vegetation after the very warm April. In early May, many established plants have shown very strong growth. Logical is also the increased groundwater consumption of trees, parks, and forests which naturally draw more water from the groundwater without rain.

Deforestation and lawn mowing should be significantly reduced or even banned in times of drought and minor dry spells. As you could already see in 2018, many people and municipalities mow the meadows and lawns like crazy although they clearly see that it is much too dry. Mowing weakens the grasses or plants and also disturbs plant growth in the surrounding area. After mowing the last residual moisture of the injured plants evaporates, the soil then dries out rapidly and becomes hard as stone. Soil water in deeper layers continues to decrease and the soil hardens even in deeper areas. This is fatal because during heavy rains water can penetrate poorly and often flows off over large areas. Flooding and landslides then occur. Such damaged soils then often need many years to soften again and to be loosened by appropriate planting and techniques also in the depth. In urban regions and inner cities, extreme weather conditions have even worse effects on soils, air, and water quality.

Disturbed water cycles in the city can have dire consequences, and the risk of fire should not be underestimated either; the danger of field fires increases especially in the vicinity of fields and very dry meadows on the outskirts of the city. So it is not only forest fires and increased levels of forest fire risk that are dangerous. So why aren’t there appropriate field fire or urban fire warning levels during periods of extreme heat or drought? Greening Deserts also recommends that all households have an emergency supply of water, such as two canisters, so that in the event of an emergency, firefighting water is immediately available, because fire is a matter of seconds or a few minutes. In addition, such water reservoirs on the floor or roof can reduce fire risks, because in an emergency also times lines or electricity fail and it is then missing the water supply on higher floors! See the big fire in London, especially with the flat roofs and new buildings, water reservoirs could be set up so easily on the roofs – similar to the silos, gardens, and even small parks on high-rise buildings in New York. These not only cool the buildings and city, but they also increase biodiversity and improve air quality and health.

Unfortunately, the topics are communicated too little and the population is warned by official bodies far too little about risks such as fire danger in cities and peripheral areas, not properly informed about heating-up or concrete heat effects as well as precautionary measures! Especially the possibilities of fast, long-term, and sustainable cooling with greening techniques, greentech, and cleantech are not taken seriously enough in this respect. Often it is the typical tips and suggestions or lately the hypes around solar on the roof without the greening or also times facade solar into the hype or topic to include. Especially if it is already a topic, these two important fields would fit very well into the topic. This shows again the superficiality of certain institutions and politicians. It is definitely not a professional way, no matter which experts are or were involved. Also missing is health advice and warnings with regard to imminent droughts, heat, and drought periods which have demonstrably claimed many lives over the years – unfortunately also due to a lack of education and warnings to the population. Authorities and unfortunately also certain institutions or institutes forget about the topic of drought and heatwaves the topic is dry stress and increased fine dust level because logically the air quality sinks with high dryness and fine dust of the country as well traffic becomes thereby still more unhealthy.

General tips like cooling down with wet towels and drinking a lot of water are well-meant but are far from being enough for really good or professional disaster protection or disaster preparedness. For years, Greening Deserts has been educating people about these problems and has also offered very good as well as innovative solutions. Unfortunately, this has been ignored until today by responsible persons of the country, certain municipalities, and cities in Germany, especially in the Leipzig region in Saxony where the Urban Greening Camp is located. There are several useful articles and extra press releases, especially about the extreme weather conditions, drought, dryness, heatwaves, and floods in East Germany. Also as already described adequate and good advice for better risk mitigation, Disaster Risk Reduction (DRR), and good climate risk management. Unfortunately, to date, one does not hear or see serious changes in certain essential areas, especially in the areas of soil conservation and soil protection in dry seasons. Not only the forestry sector and tree plantations, parks, and parts of agriculture should establish better water management and DRR.

Logging and lawn mowing should be banned in extreme drought and heat periods! In the end, everyone should understand and see how pointless all the mowing and damage is. Who wants concrete hard, yellow, and brown-green areas in the city. This not only affects heating and mental health, but it also prevents future water storage and cooling effects! This then often creates even more extreme conditions and so-called heat islands which can produce in cities up to 4 degrees on average and in extreme cases even around 10 degrees higher temperatures than the average. As a result, many people die, especially those who are already burdened, old or sick. The communities, governments, and particularly affected regions must finally take more responsibility in these contexts and act as quickly as possible. This does not only belong to a professional disaster control but to appropriate prevention and precaution – in addition, it promotes somewhat the cause solution instead of the constant symptom fight which we see in so many ranges for years. After all, what good are somewhat improved plans and sporadic political will if action is not really taken correctly, consistently, and in the long term or over time.

A few more important notes and advice for better prevention, as well as Disaster Risk Reduction (DRR), follow. Several EU and WHO officials have been informed several times in the last months through various channels about most of the issues in this article and with other articles as well as letters.

It is recommended to take droughts or even minor drought periods as seriously as heat waves! Disaster prevention and preparedness should include health as well as environmental factors. So not only health problems related to circulation and heat stress as usual, but also drought stress in combination with increased particulate matter pollution and air pollution in particularly affected regions. With extreme dryness and strong winds, even fine dust from the land, hazardous substances, or toxins from agriculture can reach urban regions! Further toxins, exhaust gases, and allergens, for example, certain invasive grasses and the smallest pollen can bring mixed life-threatening air even into relatively well-protected areas, e.g. hospitals. Thus, for sick and weak people, extreme drought and drought stress can mean death similar to that caused by heatwaves. One can educate more about this through appropriate official programs, precautionary actions, and warnings – yes, even in certain news media and on the radio, and warn the population in time in case of prolonged dry periods. The interrelationships and seriousness have been underestimated for years, as some of the issues seemed to be settled with the heat problem. Still well-meant advice to the analytical report and logical experience communication, one could recommend masks is strongly affected regions where eh already bad air is, approximately in city centers with bad air circulation or ventilation, like e.g. in Stuttgart which in depression lies and no correct fresh air channels has We hope for soon insight of the policy and responsible persons, not only in large cities and urban regions, also in smaller municipalities or small cities more for a lasting greening and cooling can be done. Read more about all these really important issues, problems, causes, and truly sustainable solutions on Greening Deserts project pages as well as social pages. http://greeningdeserts.com/projects, http://desertforest.org, http://globalgreening.org, http://montanteforest.org, http://trilliontrees.eu, http://wetforest.org

A few more water areas or water features are also not wrong. People care about, saving rainwater, freshwater, or drinking water for worst-case scenarios. It seems like we have a creeping or silent drought in Europe. We, scientists, hope for the best and that it will be not a too hot summer.

Any constructive feedback? Feel free to contact us at @GreeningDeserts.com! 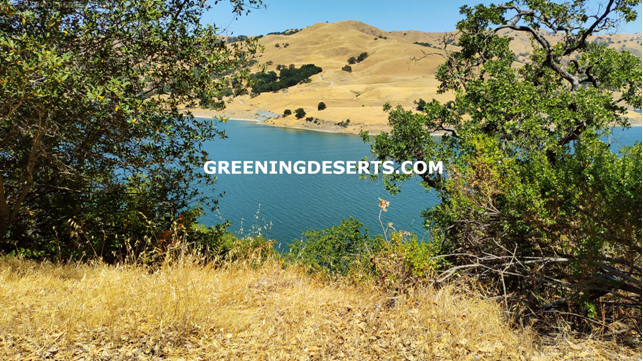 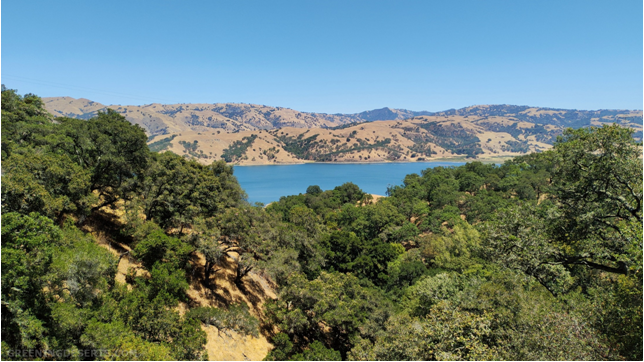 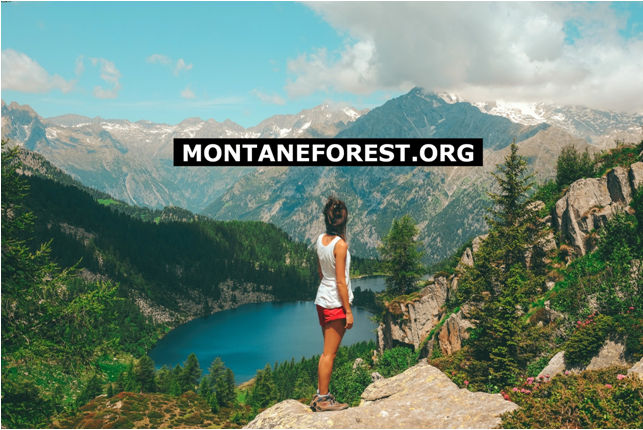 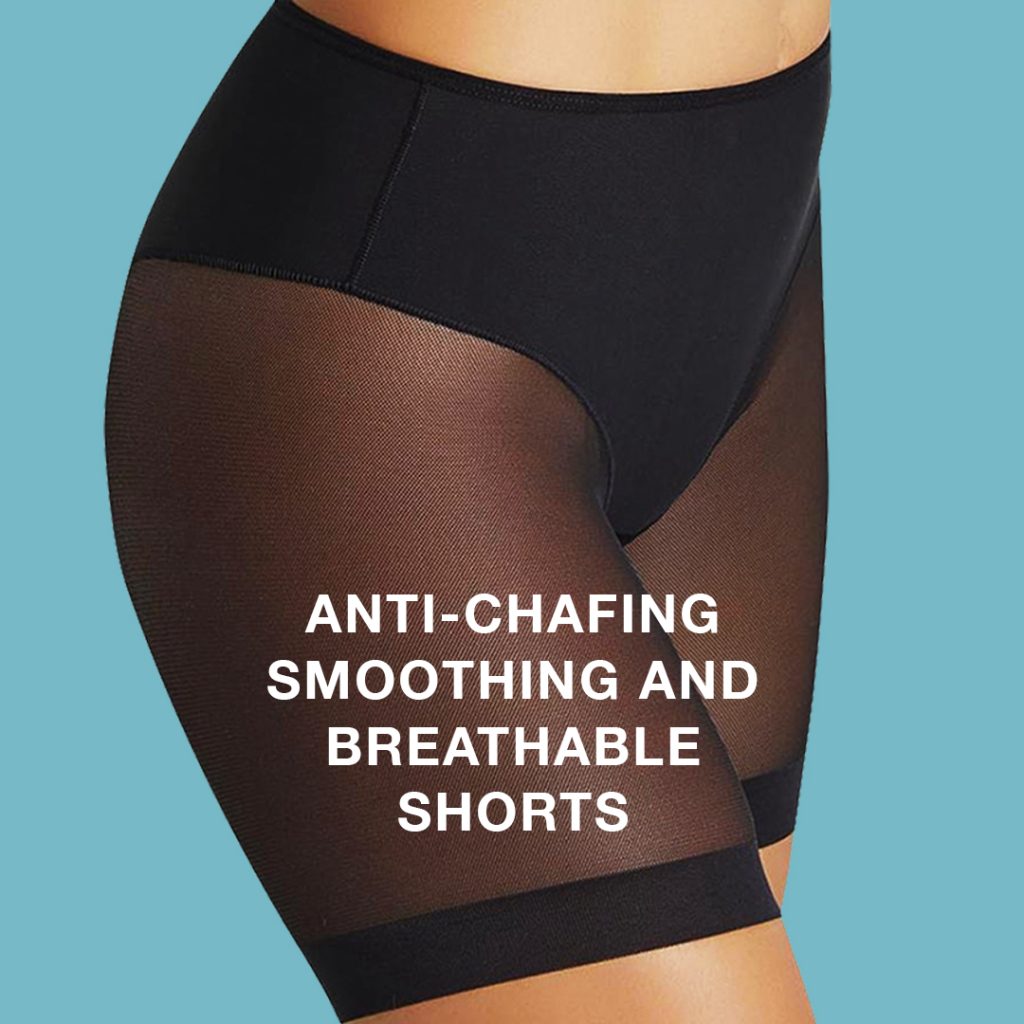