The cryptocurrency world is a capitalist’s game, and it’s a roller coaster ride of excitement.

Bitcoin was once regarded as a “safe-haven asset” and “inflation hedge” comparable to gold, but the performance of the bitcoin market since the Russia-Ukraine conflict has made it look bad.

Is Bitcoin going down for good?

Opponents of bitcoin have compared it to a financial market ” Covering the Ugly Mask,” arguing that it can’t hide its own ugliness in the end.

Bitcoin has been met with abuse while a lot of capital is buying like crazy, and many countries and influential people internationally are even expressing long term bullishness!

On May 10, the Central American country of El Salvador made an ongoing massive buy of bitcoin. On Monday, Salvadoran President Nayib Bukele took to social media to say that the country had bought a massive 500 bitcoins. This is the largest single purchase of bitcoin in El Salvador since September 2021.

Nayib Bukele said the average price El Salvador paid for these bitcoin purchases was $30,744. Since recognizing bitcoin as legal tender last September, El Salvador has bought a cumulative total of 2,301 bitcoins. At current market prices, those bitcoins would be worth about $71.7 million.

The cryptocurrency world has always had two distinct schools of thought.

Some time ago, Warren Buffett publicly “poisoned” Bitcoin, which also contributed to the decline of Bitcoin. Warren Buffett has called Bitcoin and other cryptocurrencies a “worthless illusion” and “poison for financial rats” and said they are “essentially worthless “.

His partner Charlie Munger has gone even further, calling Bitcoin and other cryptocurrencies “repugnant and contrary to the interests of civilization.

This opposing camp is strident and unambiguous: it will never get involved in the bitcoin space.

However, there are many supporters of Bitcoin.

Proponents Tesla President Elon Reeve Musk, who has repeatedly backed bitcoin/dogecoin, among others, on his social media accounts. Companies such as Tesla (TSLA) and MassMutual are known to have bought large amounts of bitcoin. Investment banks such as Morgan Stanley (Morgan Stanley) also believe that investors should include bitcoin in their portfolios.

In short, proponents claim that cryptocurrencies are an evolution of financial technology. Opponents, on the other hand, say that digital currencies have zero intrinsic value and sarcastically suggest that Bitcoin is most useful only to those who want to break the rules and laws.

In fact, it’s not just celebrities who have very different attitudes toward bitcoin. There is also a clear division between the attitudes of countries around the world.

There are three main attitudes: support, resistance, and cautious support.

But more and more companies are already accepting digital currency as a means of payment, financial institutions are starting to allow a percentage of digital currency to be allocated as part of their investment portfolios, and one Central American government has adopted bitcoin as its national currency.

As you can see, there are always obstacles to the emergence of something new, but the momentum of progress has not taken a radical turn.

If one wants to trade bitcoin, UUEX can meet the needs of investors. Savaldo’s massive buying has been interpreted by the industry as a sign that bitcoin’s decline has bottomed out and that a bottom will be possible in the future.

UUEX Exchange was founded in Singapore. The company has obtained the MPI (Major Payment Institution Licence) issued by MAS (Monetary Authority Of Singapore) and has set up branch offices in Hong Kong, Singapore and Dubai. UUEX Exchange provides diversified and one-stop trading services such as coin trading, contract trading and fiat currency trading, and supports more than 100 kinds of coin trading and contract trading. With years of experience in the blockchain industry, the platform has built a world-leading security and risk control system and anti-DDOS attack system, and the exclusive “cold wallet” patented technology, using multiple signatures, offline signatures, layered architecture and other security designs to provide traders with efficient, secure and open trading services.

The UUEX exchange supports direct coin charging to digital wallets, and the Visa and MasterCard bank cards can be used for convenient top-up, withdrawal and exchange at any time. With just a few taps on your phone, you can put it into your PayPal (PYPL)) digital wallet and also exchange it for cash at any time to buy something.

The Curious - The Next Generation of Rock Stars

Wed Jun 1 , 2022
Up-and-Coming Band with Their Ambitious Stadium Sound   (YourDigitalWall Editorial):- London, United Kingdom May 2, 2022 (Issuewire.com) – The Curious is a high-energy 4-piece Rock/Alternative band from London made up of Dominic Smith [vocals], Sam Roberts [drums], Alexander Nuti [bass], and Jay Fricker [guitar]. The band was formed in late 2014 by […] 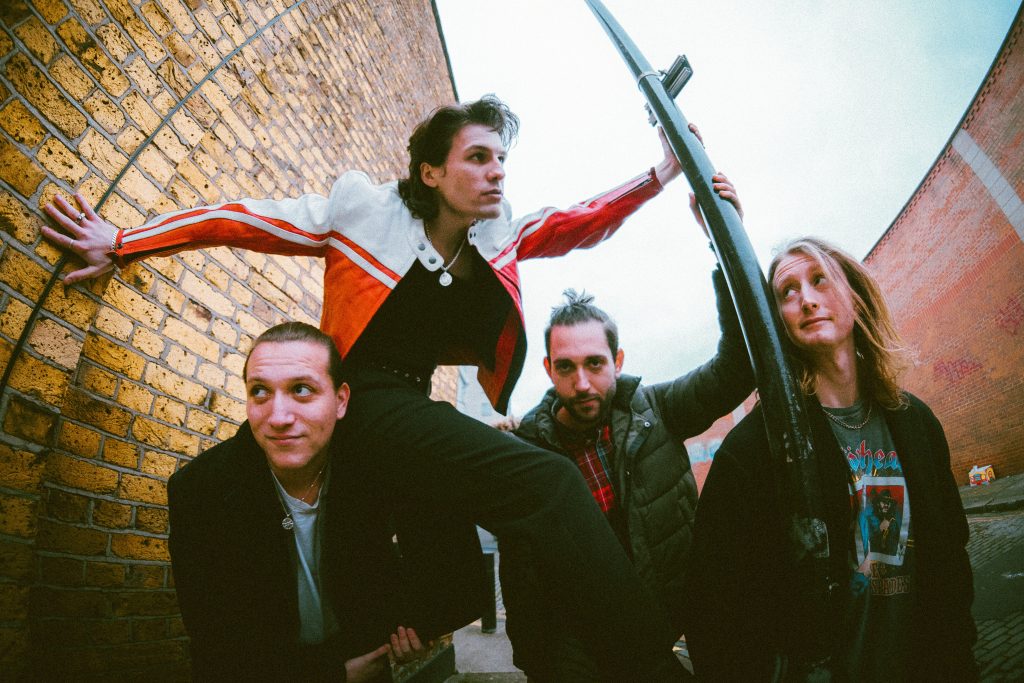