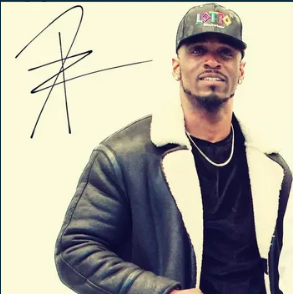 (YourDigitalWall Editorial):- Los Angeles, California Jun 16, 2022 (Issuewire.com) – Rah Figgy is an American songwriter and artist from Brooklyn, NYC. Growing up he had to overcome many obstacles that have helped shape him into who he is today. His difficult times have given him the best lessons in life as he uses what he has gone through to ignite his spirit and keep going in all that he does. Rah identifies as a teacher for the masses. He said “My music is the conduit to the realization that you’re not alone in whatever you’re going through. My experiences are like the blackboard and my lyrics the chalk.” He started his musical ventures with gangster rap. He had amazing talent from early on with telling stories and shaping them into lyrics. He also played instruments such as the piano as well as the violin. In music, he loved the creation of melodies and singing them, but he did not start writing melodies until his later teen years.

He first began recording with XYAYX records at the age of 18 but had to step away from that record group due to unexpected bumps in life. He did not quit music. Over the years he has honed into his sound and has reinvented himself and his brand. Going from street rap to a now more generalized outlook. Currently, he is working on releasing a new single titled “Waterfall” set to release this month on the 30th. He is also working on an EP. This year is about growth and expanding himself as an artist. He is also featured on a record with Michael J Foxx titled “Everyday Is a Weekend” which will be released in August. In the meantime get familiar with his brand and check out his catalog you will not be disappointed.

On The Occasion Of Father's Day 2022, Bakingo Is Ready With Its Special Collection Of Desserts

Thu Jun 16 , 2022
(YourDigitalWall Editorial):- New Delhi, Delhi Jun 16, 2022 (Issuewire.com) – As June progresses, so is the excitement for the upcoming Father’s Day. The occasion is a tribute to all the Fathers around the globe and the popular online bakery; Bakingo is ready with a special commendation. The company has developed a range […]