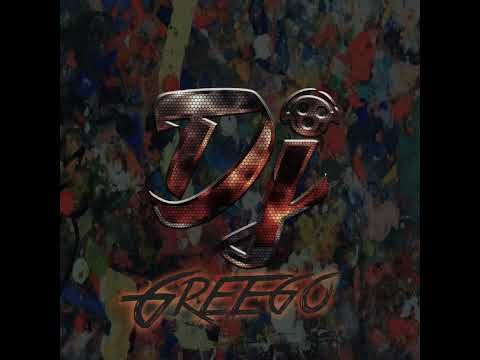 Being one of the youngest DJ artists DjGreego is delivering songs soaked in the well-cultivated soundscapes and remaking diction in his magnetic song ‘remix BYOB’.

(YourDigitalWall Editorial):- Long Branch, New Jersey Jun 16, 2022 (Issuewire.com) – A properly remixed track that has an exquisite musical formation in it can attract and engage people through the gripping aura of the track. DjGreego has made sure that his music ticks all the boxes of a brilliant music formation. An artist, born with exceptional musical talent this artist has the power to show the world his unique and heart-touching musical compositions. Remixed songs are always very gripping but ‘remix BYOB‘ will offer the intriguing vibration of soulful alchemy of sheer musical composition. With his greatly formed and performed track anyone can have the party mode on instantly. As mentioned before, he is young and he is at the early stage in his career but still, he delivers the most consuming tracks.

In his brief career by far, he has introduced songs like ‘Taca a taca electrofunk’, ‘Poc Poc’, ‘For Life’, ‘Wake Up the World’, ‘Camilo’, ‘Rave Funk’, ‘Baile Do Greego’, ‘Exculaxa’, ‘Dia 26 tem lancamento’, ‘rave Gasoline’, ‘Os Hawaianos’, and his upcoming track ‘Last Summer’ and it is evident that he will deliver more of these beauties to make his audience groove along with his charming musicality. The unyielding diction of his songs provides an extremely gripping experience for his listeners. This song ‘remix BYOB’ was released a few months back. And his latest track has released on 6th June. It seems that after witnessing his seamless composition his fans are vouching for more tracks for their party and gathering.

The superiority of his music has been shared from the very first musical concoction that he released on a music-streaming platform. The unexplainable attachment of his music will always deliver the best option for his audience. He is producing one after another captivating number after spending just a few months in this industry. The potential he is showing regarding his career and his dreams is very inspiring. The track is extremely well-formed in every way possible. His future career is bright and he will touch everyone with the music he makes. The charm and the profound diction will support his journey up and rise. Listen to DjGreego‘s released and upcoming songs on YouTube.

Just go for this music video ‘remix BYOB’ by DjGreego:

Being one of the youngest DJ artists DjGreego is delivering songs soaked in the well-cultivated soundscapes and remaking diction in his magnetic song ‘remix BYOB’. (YourDigitalWall Editorial):- Long Branch, New Jersey Jun 16, 2022 (Issuewire.com) – A properly remixed track that has an exquisite musical formation in it can attract and engage […]