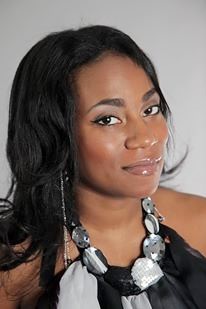 (YourDigitalWall Editorial):- New York City, New York Jul 5, 2022 (Issuewire.com) – Tachelle “Shamash” Wilkes, a versatile Brooklyn innovator, artist, and teacher, is pleased and excited to announce the relaunch of Femmixx.com, a website dedicated to empowering women in the music industry. Dubbed as the Home of Female Music Producers, DJs, and Emcees in the early 2000s, the movement would now be known as FX Media Group.

Armed with a mission to level the playing field for women’s representation in TV, film, streaming platforms, and entertainment, FX Media Group would be executing this task with a BIPOC (Black, Indigenous, People of Color) focus. Suffice it to say that Tachelle is renowned for innovative projects such as the groundbreaking Lady Beatmakers: Vol. 1 documentary, She’s My DJ battles created with Danielle Brantley of Mocha Works Marketing, and coming of age teen novel Amanda’s Ray.  She’s fondly regarded as a master teacher to the stars.

Speaking enthusiastically, Tachelle said, “We give voice to the voiceless, including Mother Earth who has so much to tell us, if we would only listen. At FX Media Group we envision a brighter, loving, and more sustainable Earth for our children.”

Creative content can have positive effects on the audience and art is known to help resuscitate, resurrect, and improve the well-being of those who engage with it. With each project, FX Media is devoted to creating entertainment as well as taking everyone involved a step closer to healing themselves and the planet. They specialize in bold, beautiful, and powerful content creation that is cutting-edge. Their ingenious works are thought-provoking and intriguing, which is certain to create dialogue and elevate the senses. In the words of Tachelle, “we bring creations to life.”

She added by expressing, “I foresee FX Media Group being a leading media hub where people can come and be inspired through intriguing projects such as web series, documentaries, feature movies, music videos, and animations for children.” Tachelle also envisions it being a site where producers, production companies, streaming platforms, and networks can seek out new and upcoming screenplays and projects she curates.

FX Media Group is sure to be a leader in the media world that puts the experiences of BIPOC women and Mother Earth on the screen. “I am all for building, lifting, and highlighting women in music and all in between. I sincerely love all the talent in my community and root for the success of every one of them,” Tachelle concluded.

She teaches through her works. She touts that her projects serve not as mere entertainment, but a didactic lens where many lessons come to the fore whether it be on life, universal principles, and everything in between.

(YourDigitalWall Editorial):- New York City, New York Jul 5, 2022 (Issuewire.com) – Tachelle “Shamash” Wilkes, a versatile Brooklyn innovator, artist, and teacher, is pleased and excited to announce the relaunch of Femmixx.com, a website dedicated to empowering women in the music industry. Dubbed as the Home of Female Music Producers, DJs, and Read the full article…