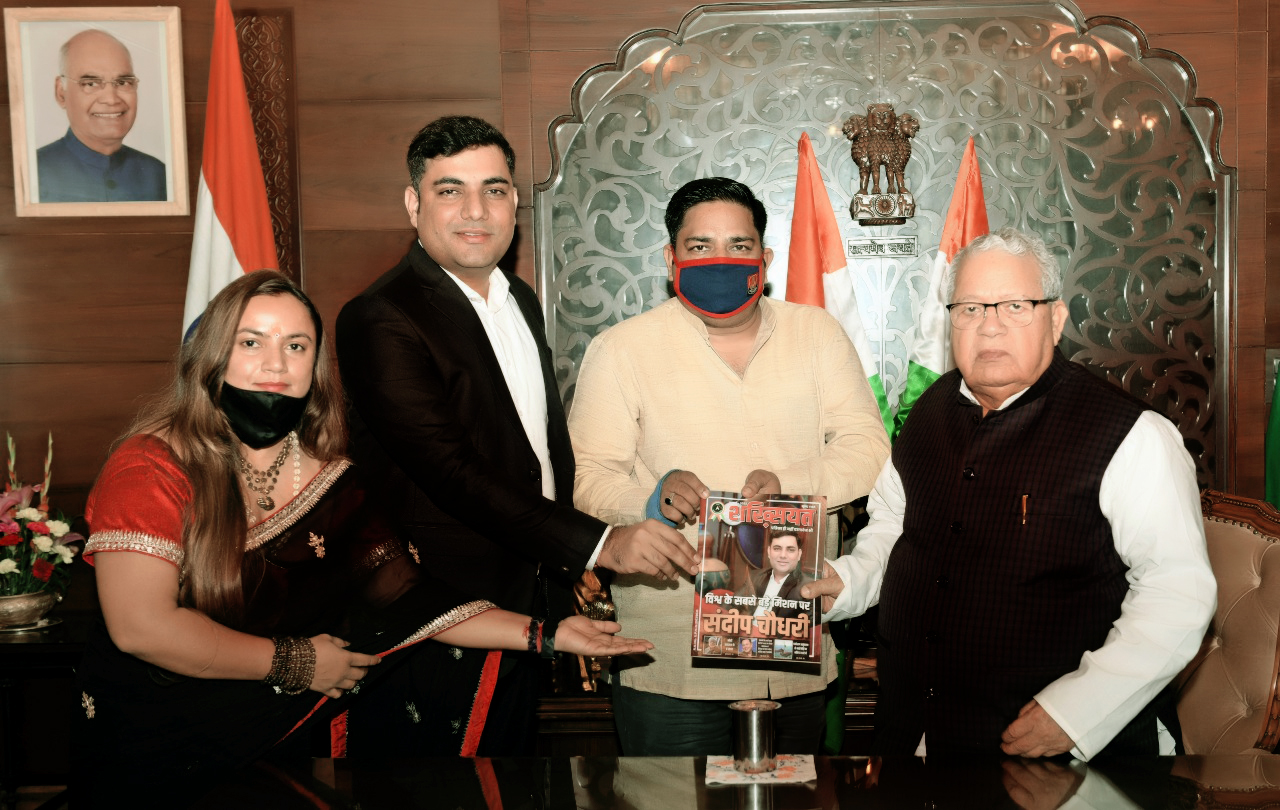 Save Earth Activist Sandeep Chaudhary is on a World’s biggest mission to save earth.

(YourDigitalWall Editorial):- Jaipur, Rajasthan Jul 11, 2022 (Issuewire.com) – Sandeep Chaudhary, who is working on important issue like global warming, met the Governor of Rajasthan, Kalraj Mishra and informed him about his product Inflector India and highlighted that the carbon generated in India is 45000 million tonnes every year so how it can be reduced and the earth can be saved from global warming, On this the Governor praised and encouraged him.

Save Earth Activist Sandeep Chaudhary of Jhunjhunu district of Rajasthan is the Co-founder of Inflector India, which is working to make the environment pollution free. Sandeep Choudhary has been honored with many national and international awards He has been honored by the Chief Ministers of many states of India. Sandeep Choudhary was the only person from India who was invited by the Delegation of Japan to meet our dynamic and honest Prime Minister Shri Narendra Modi ji.

Inflector is a solar heat barrier designed by NASA. In 1960, NASA first used the Inflector in the space shoots of astronauts during the Apollo mission, after its success, its commercial use started in the 90s. And more than 60 countries of the world use inflectors in different ways.

According to Sandeep Choudhary, it was found in a research that 75 percent of solar heat comes through the window, the inflector is installed in the window and it reduces the heat coming through the window by 70 to 80 percent. Due to which the generation of carbon will be less and if it is reversed during winter, then the inflector keeps the room warm by observing the sunlight. So in this way we are trying to reduce carbon generation by promoting inflector.

Save Earth Activist Sandeep Chaudhary said that you can use an inflector for 25 years, and we are making it available in India at a lower price than other countries, The reason for this is that the use of infector increases in India and we can save our earth from the havoc like global warming.

Save Earth Activist Sandeep Choudhary has been helped by 20 years old magazine personality by taking him on the cover page and spreading his mission all over India. When Kalraj Mishra came to know about the mission of Sandeep Chaudhary, he appreciated this campaign to prevent global warming and he said that we are happy that you are working on such a big mission, we all make continuous efforts to achieve our goal but it is not a simple goal, if we do not seriously consider global warming then its result can be scary, for this we all have to !work together and this campaign has to reach the people, Governor Shri Kalraj Mishra expressed great happiness and encouraged him a lot and blessed him with his blessings. 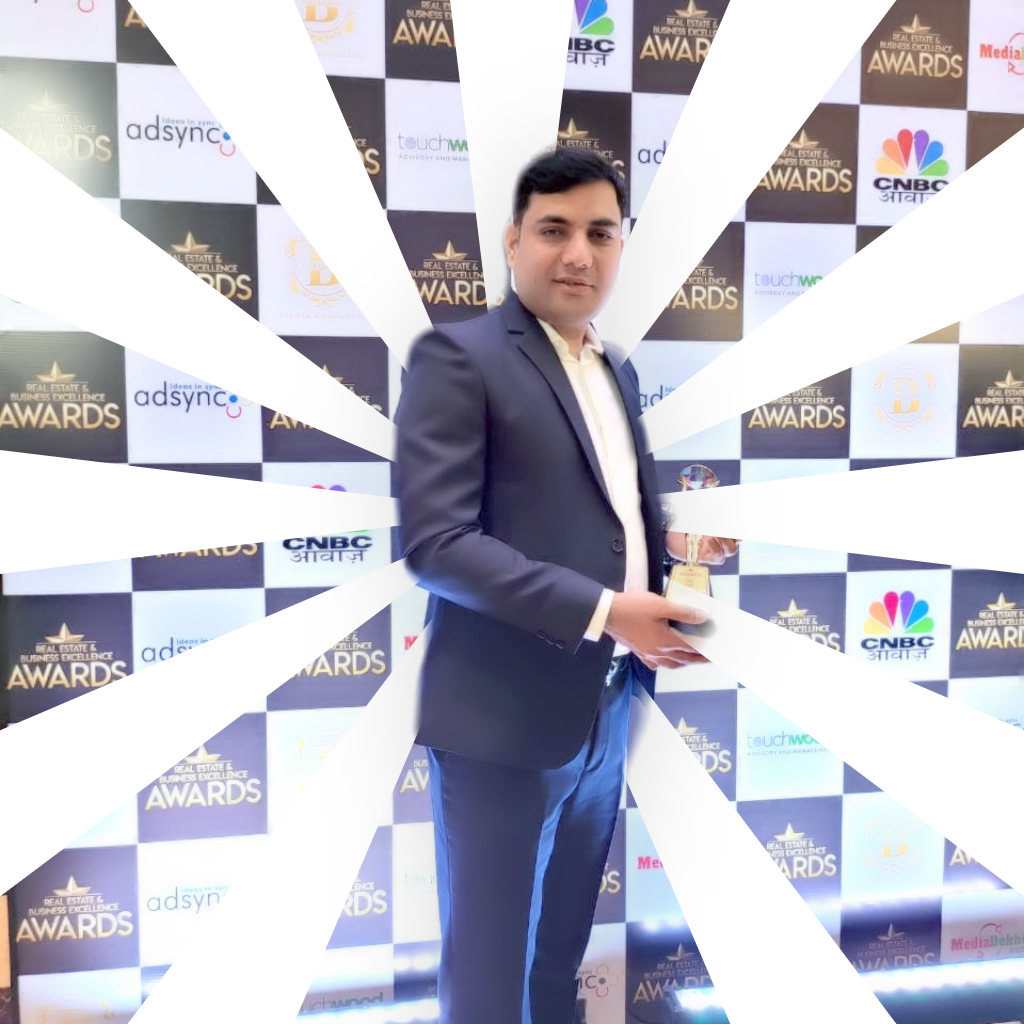 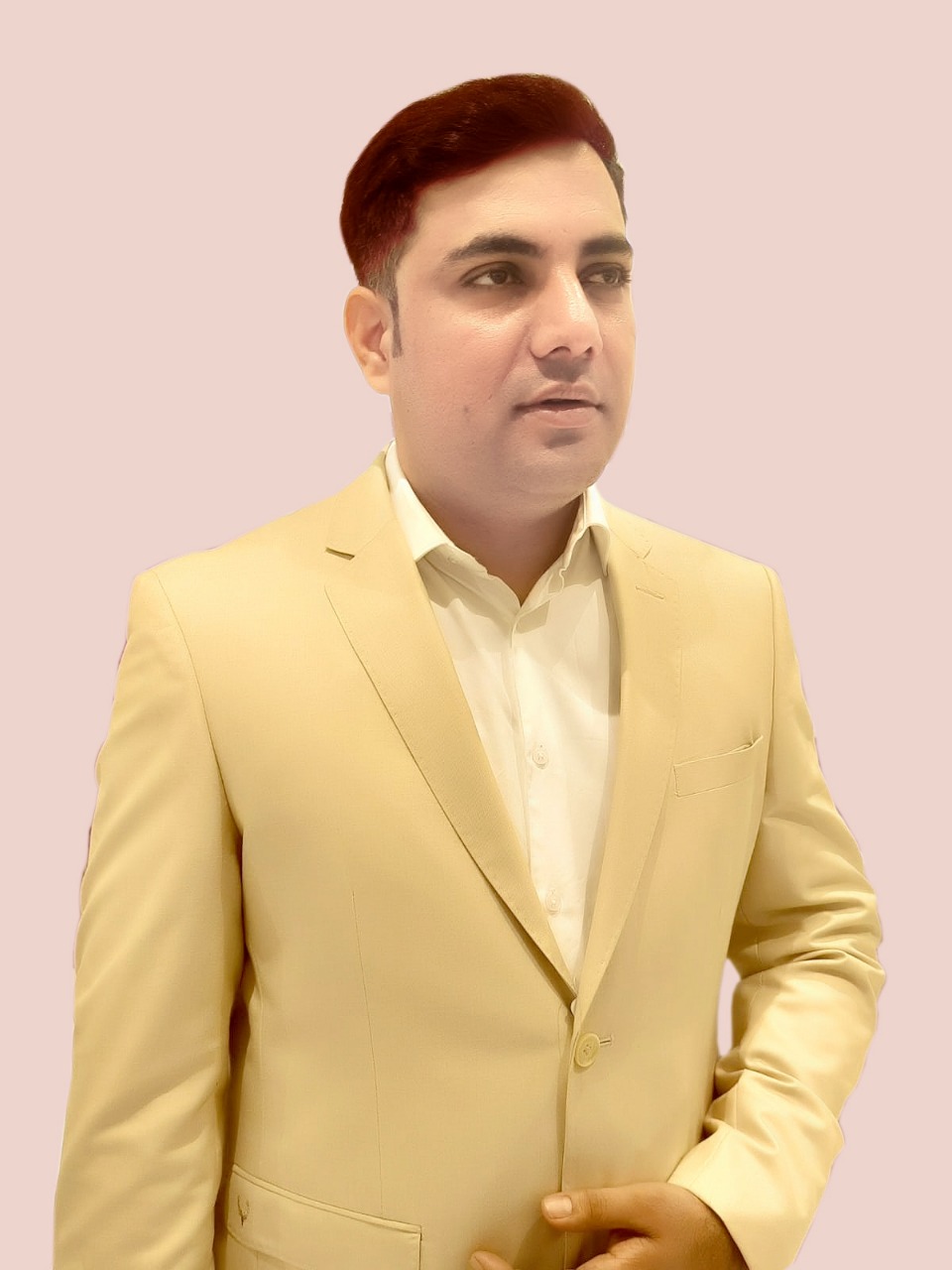 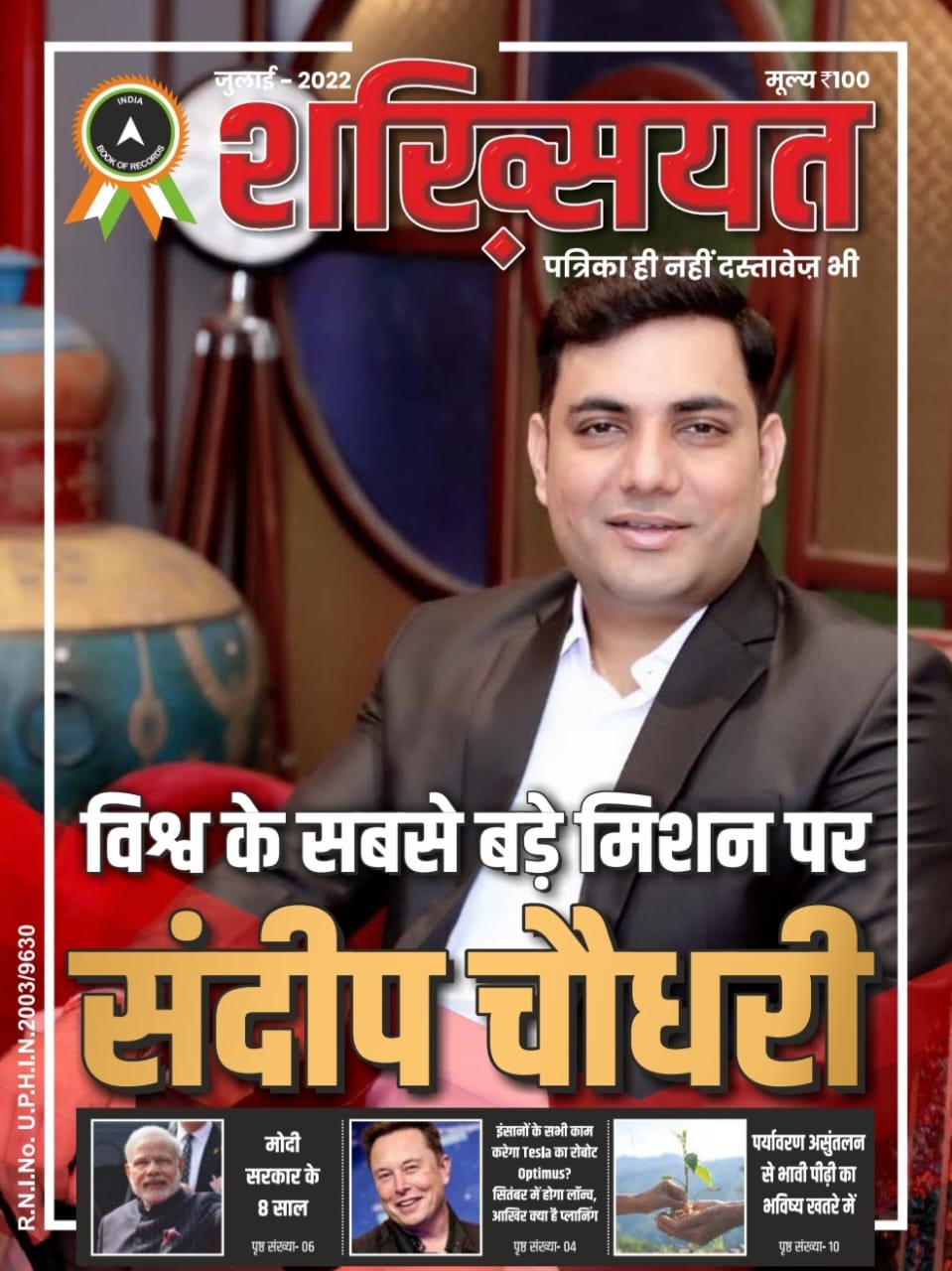 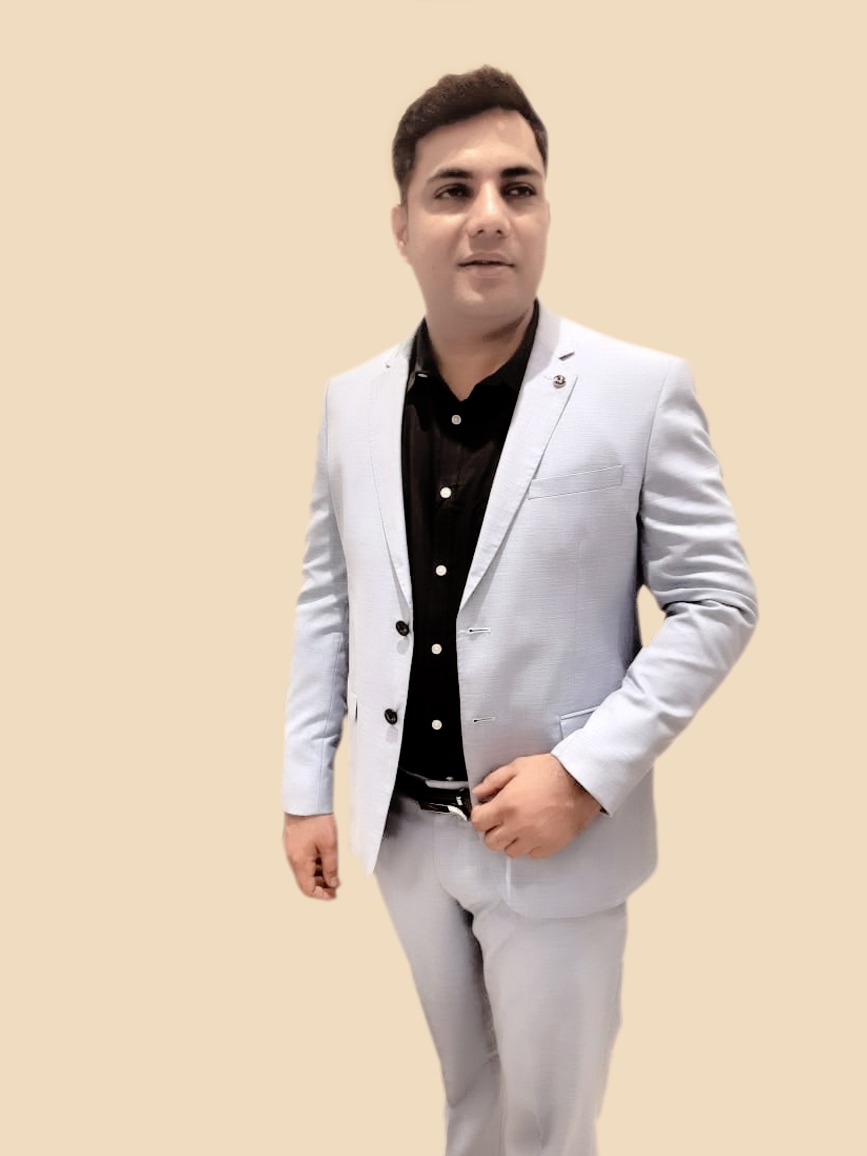 Save Earth Activist Sandeep Chaudhary is on a World’s biggest mission to save earth. (YourDigitalWall Editorial):- Jaipur, Rajasthan Jul 11, 2022 (Issuewire.com) – Sandeep Chaudhary, who is working on important issue like global warming, met the Governor of Rajasthan, Kalraj Mishra and informed him about his product Inflector India and highlighted that […]