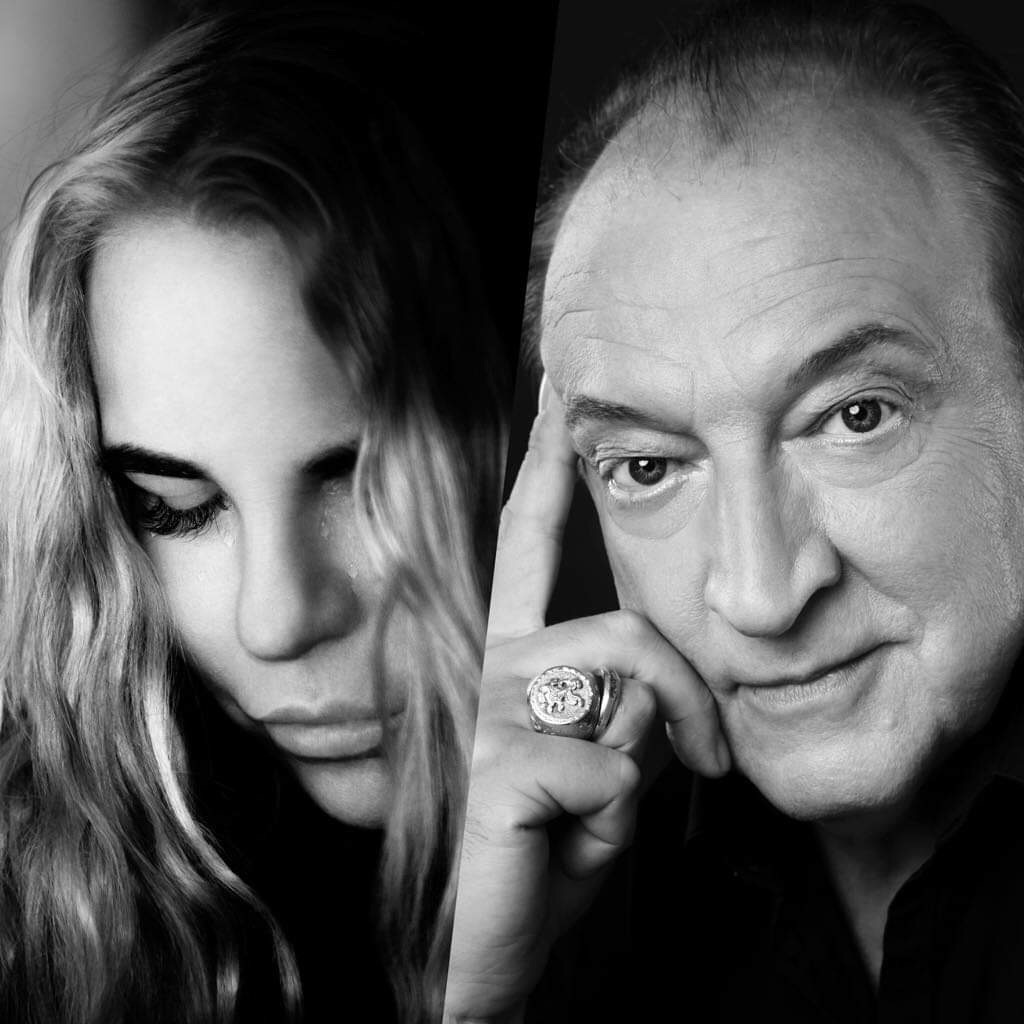 (YourDigitalWall Editorial):- New York City, New York Jul 21, 2022 (Issuewire.com) – For several years, Alexander Anisimov and Beata Szalwinska have been working on the album “Rachmaninoff Romances”, whose official European premiere took place in June 2022. The album provides music lovers with not only beautiful duets, but also solo piano performances – a total of 28 songs by Sergei Rachmaninoff. The album has already started to collect enthusiastic reviews in dedicated media such as pizzicato.lu. and the artists are planning further joint projects.

At the beginning of June, the latest musical project of the world-famous duo – the exceptionally gifted Polish pianist Beata Szalwinska and the great opera bass, Alexander Anisimov – appeared on the European music market. The album “Rachmaninoff Romances” includes as many as 28 songs by Rachmaninoff, including duets (23 songs) and solo transcriptions for piano (5 songs) written by Sergei Rachmaninoff and Frederic Meinders himself, and interpreted by Beata Szalwinska.

The album was released in cooperation with Hänssler Classic music publishing house and has already started collecting positive reviews from the music world and experts both on the work of Sergei Rachmaninoff himself and classical music in general. Alain Steffenna in a review for the portal pizzicato.lu wrote, “It is a perfectly interpreted and thoughtful album with the participation of two amazing musicians and at the same time a work that will go down in history among the greatest recordings of Sergei Rachmaninoff’s music.”

Lukasz Debowski, the editor-in-chief of the website polskaplyta-polskamuzyka.pl claims that the album “Rachmaninoff Romances” is, “an expression of deep craftsmanship, but also artistic openness. Developing it, required both great precision and significant emotional involvement from Beata Szalwinska and Alexander Anisimov. It is quite a challenge to create a space where professionalism, refinement, and artistry will work together on one, moving level of sensitivity. The combination of two other artistic souls gave birth to a new quality, without which this project would not be so engaging. The adaptation of Rachmaninoff’s works deserved such an endearing project in many respects and should be considered as an undoubted success.”

“Rachmaninoff Romances” is the result of the collaboration of two exceptional artists who first performed together during a charity concert for Ukraine 8 years ago. Alexander Anisimov, naturally more expressive in everyday life, easily transfers this part of his character to his work. As a result, the interpretations of the songs he performs breathe enormous liveliness and provide an intensity of impressions. The performances of this outstanding bass take the audience on a journey to another dimension. This contrasts sharply with the delicate sensitivity of Beata Szalwinska’s playing, which always contains enormous layers of musical poetry in her performances. She can maintain the intimacy of her interpretation by being in harmony with herself and the surrounding world, and the virtuosity of her playing delights any audience.

“There are a lot of lies, hypocrisy, mediocrity, business, and politics in the artistic world. We, on the other hand, just want to create beauty and art – no matter what – and certainly this search for truth has united and distinguished us. We believe that you need to have a lot of strength and faith in what you are doing to enjoy the freedom you have. And this is a great luxury for every artist, and therefore also for us,” stated Szalwinska and Anisimov in an interview for the portal cameralmusic.pl.

The following duets were included on the album:

And solo pieces for piano:

The album is available for sale, via the website www.jpc.de and through select music retailers worldwide.

Alexander Anisimov – Bass, soloist of the world’s greatest opera houses, incl. Metropolitan Opera, La Scala, or Opera Bastille. He made his debut as a soloist at the Bolshoi Opera House in 1990, graduating the same year, singing the main roles in Tchaikovsky’s “Yolanta”. Won Artist of the Year in 1999/00 for his performance as Boris Godunov. Two years later, he made his debut at the Paris Opera as the Old Convict in Shostakovich’s Lady Macbeth. He was invited to debut at La Scala in Milan as The Grand Inquizitor in a new production by Franco Zeffirelli in Don Carlo Verdi with Luciano Pavarotti under the direction of Riccardo Muti. He also performed at La Scala and at the Chatelet Theater in Paris. His debut at the Metropolitan Opera took place in 1994, where he performed as an old convict in Shostakovich’s Lady Macbeth under the baton of James Conlon, and has since become a regular guest at the Metropolitan Opera.

Beata Szalwinska is a versatile pianist with a great musical personality. Her work is characterized by mixing various styles and musical genres, which makes her fascinated not only by lovers of classic sounds. Beata Szawiska also finds her fans among enthusiasts of jazz and popular music, which perfectly fits her deep conviction that every true artist is constantly looking for his individual path and expression. Beata Szawiska has released the album “Her Portrait”, which includes interpretations of, among others, such hits as: Danny Boy, Over the Rainbow, Sophisticated Lady, and A Time for Love, Don’t Worry Baut Me or Her Portrait of Wodzimierz Nahorny. The artist is also the founder of ACONCAGUA PROJECT – a music project aimed at interpreting and disseminating the repertoire of Astor Piazzolla, one of the founders of Argentine tango, combining classical music with other genres and musical styles. 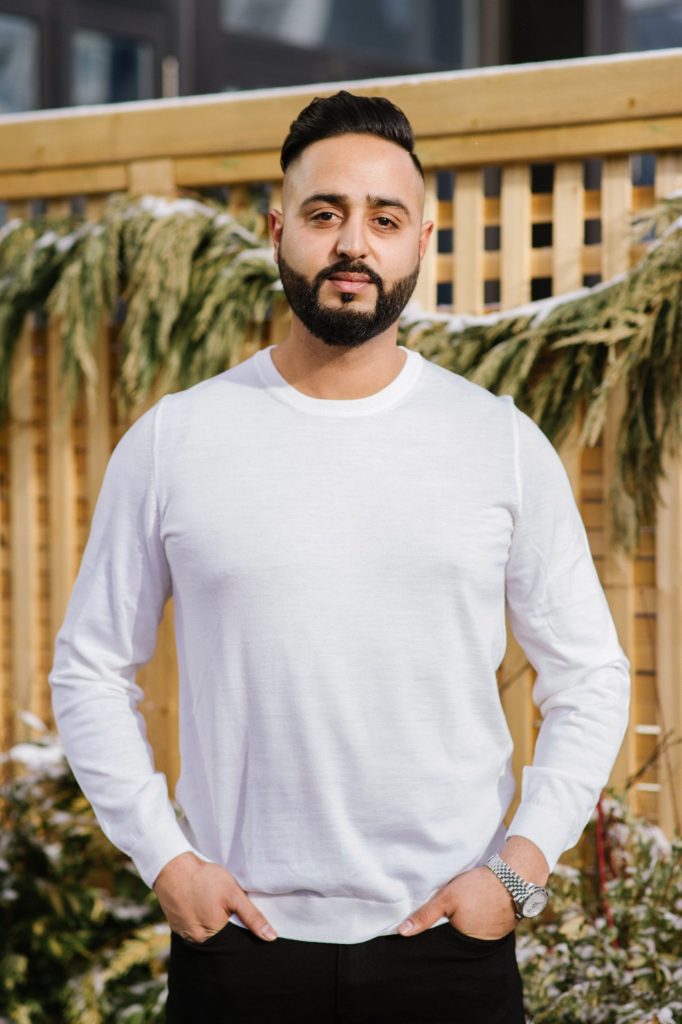