Nick Ray has never disappointed his fans. The rock music enthusiast is on his journey to win the hearts of millions with his track ‘Quest for Peace’.

(YourDigitalWall Editorial):- New Orleans, Louisiana Jul 25, 2022 (Issuewire.com) – An emerging artist of rock music, Nick Ray, has come up with his latest song ‘Quest for Peace‘. The song exhibits the artist’s innate talent and passion for the genre. His creative craftsmanship is vividly conspicuous in this track. The artist has enriched his career with multiple achievements in a very short period. Recently the artist has joined hands with his publicist Vicki Johnson and collaboratively started a new music venture Johnson Ray Music. Their latest music deals, co-writing, and events have just begun. Rock music is considered one of the most outspoken forms of music. It seems that he has understood the essence of the genre very intrinsically.

Another aspect of the song is the music. The music is a subtle combination of organic and electronic music. The bass guitar, electric guitar, drums, and cymbals create an immersive arena for rock music lovers worldwide. Moreover, his previous releases are enough to establish his brilliance in music. Songs like ‘Divide and Conquer (Electronic Remix)’, ‘Shells Of Men (Bomarz Remix)’, ‘Soundcloud Warrior (Seaside Mix)’ and many more have won the hearts of thousands of his followers. The more you listen to the song, the deeper you can feel the elements used in it. Creative and expressive, the song by Nick lives up to the standard of rock music. Nick Ray is the new light to enlightenment. The quality he produces with his songs is not just remarkable but also the driving force to uplift the stature of the genre.

The New Orleans based has been exemplary in songwriting. Organic and honest in every respect, the song leaves a notable example behind due to its impeccable lyrics. Moreover, the voice of the artist has added wit and life to the song. The artist is also known for his successful collaborations. His collaborative effort in ‘Mountain’ has reached more than 850K streams on Spotify. His ‘By the Way’ remix with Neptunica has received worldwide acclamation from listeners and critics. So, listen to all tracks of Nick ray, including ‘Quest for Peace‘ on Soundcloud. To know him more, follow him on Twitter, Facebook, Instagram, Apple Music, Spotify, YouTube, and his official website.

Listen to this song : 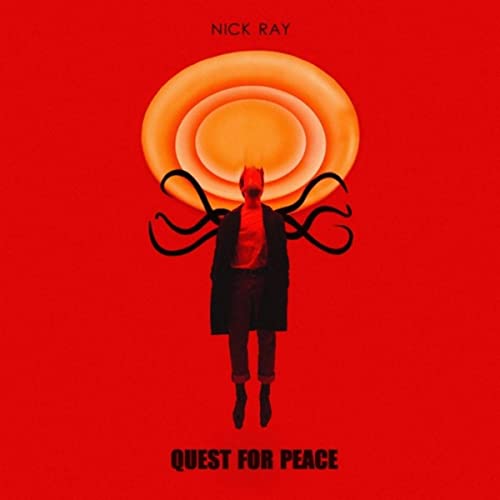 Applying For A Turkey Emergency Visa Is Simple, But Applicants Need A Solid Reason To Apply For It

Nick Ray has never disappointed his fans. The rock music enthusiast is on his journey to win the hearts of millions with his track ‘Quest for Peace’. (YourDigitalWall Editorial):- New Orleans, Louisiana Jul 25, 2022 (Issuewire.com) – An emerging artist of rock music, Nick Ray, has come up with his latest song ‘Quest […]