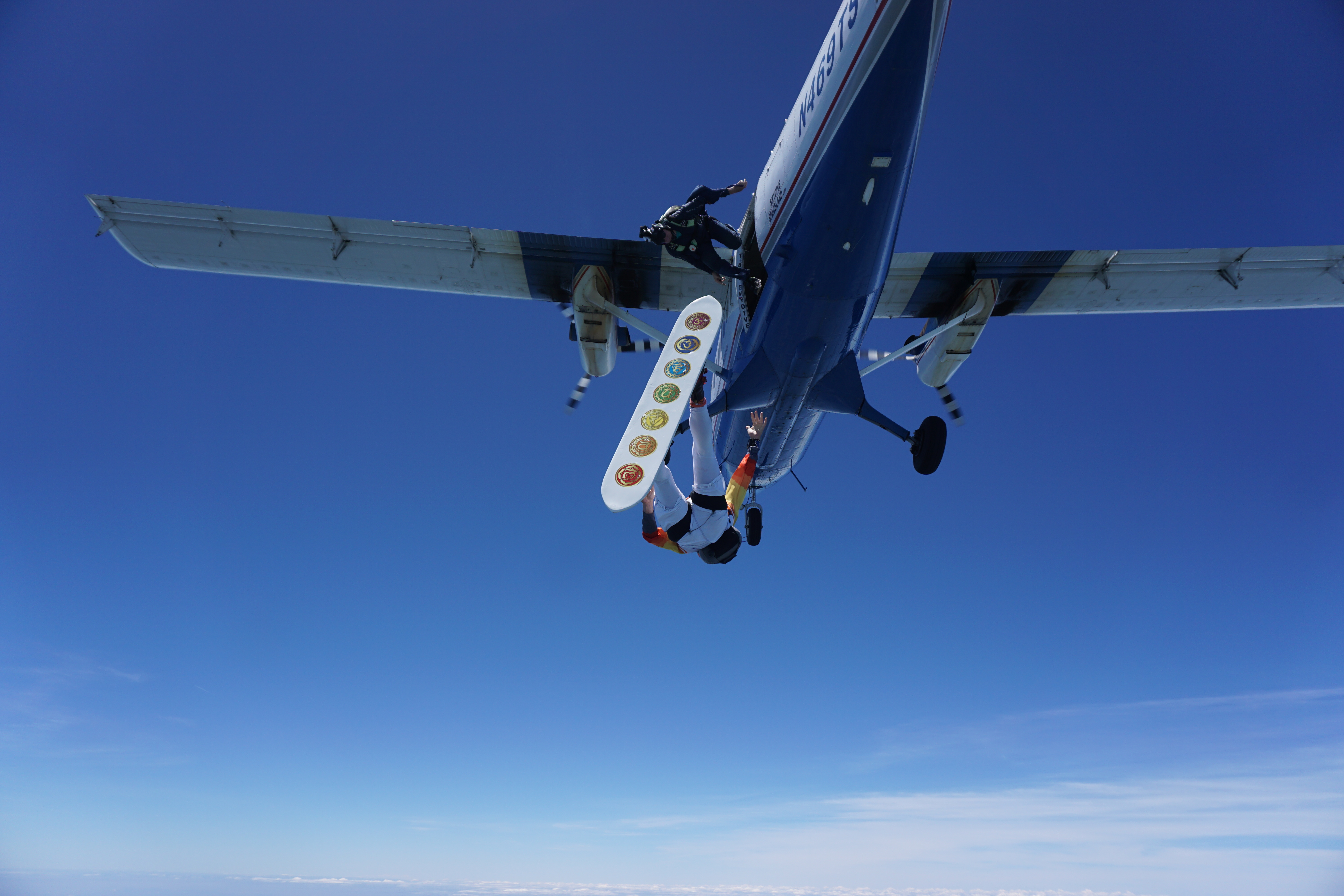 On the 4th of July, 2022, A Skysurfer known as K”b” successfully achieved a new Guinness World Record by spinning inverted over the small miracle of Orange, Virginia in order to raise awareness for the Focused Ultrasound Foundation. The Focused Ultrasound Foundation uses a noninvasive process in order to stop cancer growth while also having the ability to treat severe mental illness, depression, Alzheimer’s, and ALS.

K”b” exited the aircraft over Orange Virginia at an altitude of 14,000 feet and After 53 seconds of spinning, he and the camera woman Monica Noncheva landed and counted the revolutions to be 175.

Keith Edward Snyder also known as K”b” broke his own record of 160 rotations that he set in Egypt in 2021.

After spinning at this rpm and duration, the skysurfer has been said to tap into higher dimensions. He listened to the Dave Mathews Band during the spin series practice session and when the time for the final attempts occurred on the 4th of July, he was able to play the song Two Step as if he had a Wurlitzer in his head. He says, “It felt like a universally attended show.” He says, “I feel like I was reborn in a new light.” He also says that he heard a woman’s voice stating, “Where are we ? This is beautiful” while flying under his parachute above the Orange County Airport, home of Skydive Orange who flew him to altitude for the Guinness World Record pursuit. K”b” refers to her voice as Angelina because the name means messenger of God. 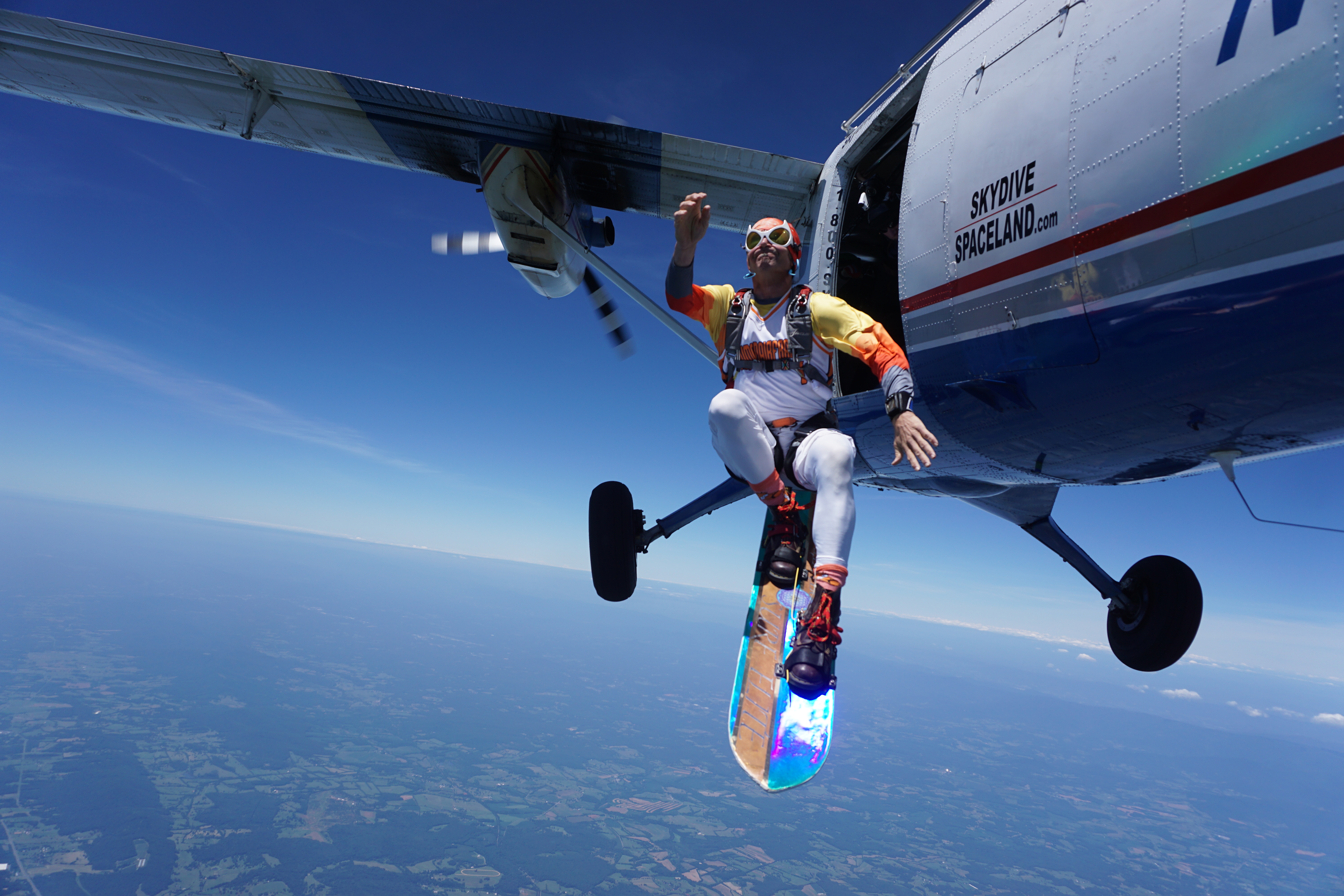 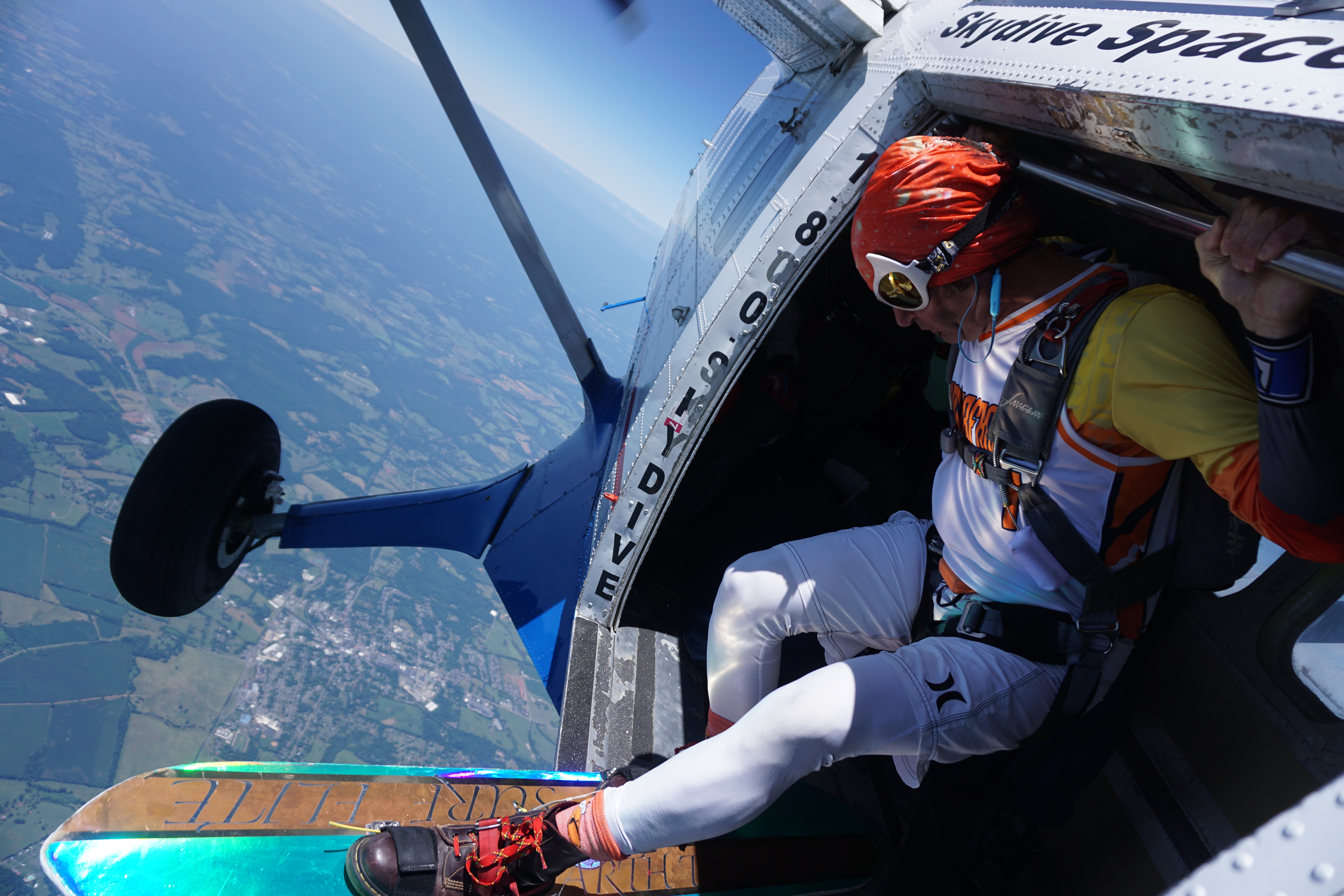 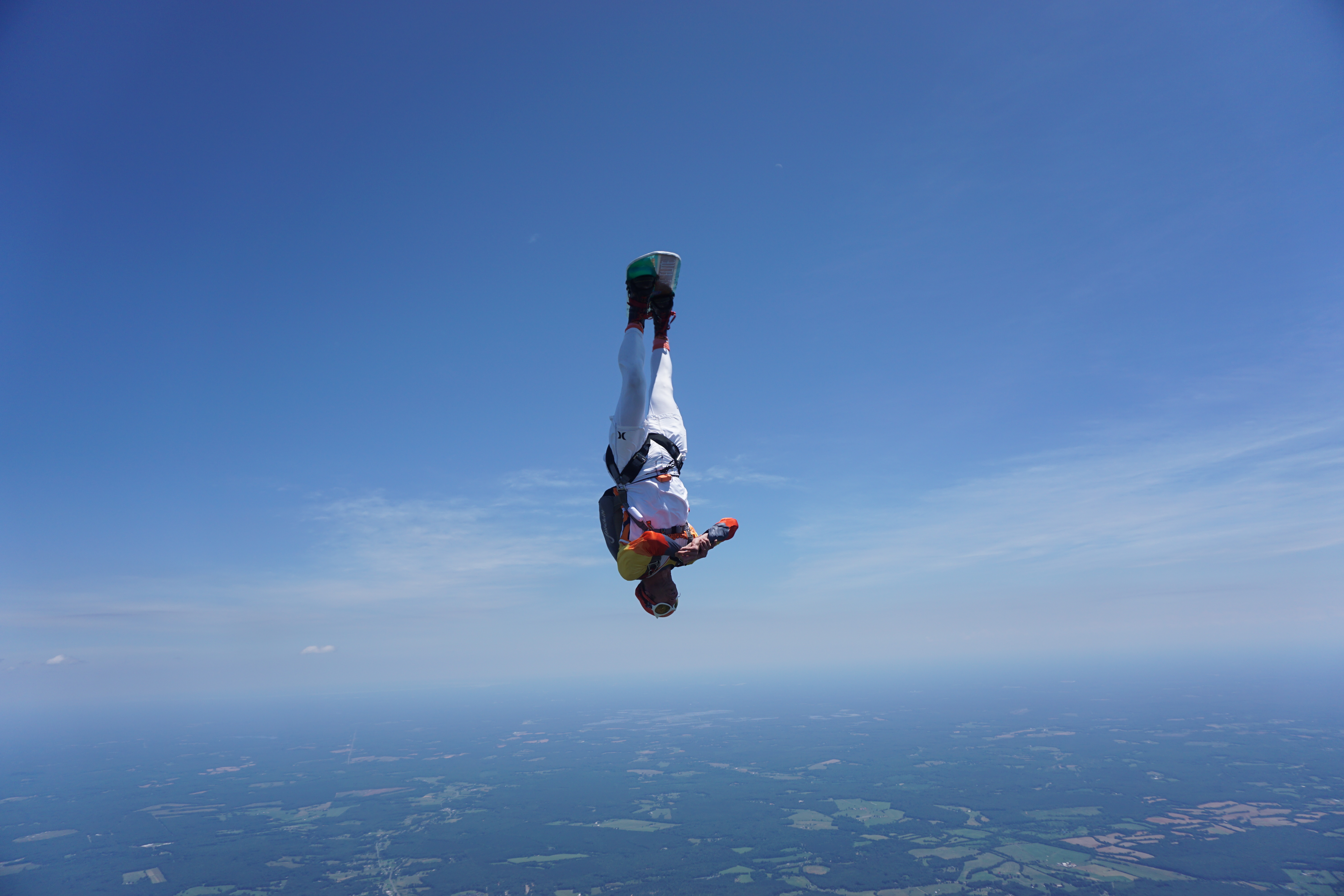 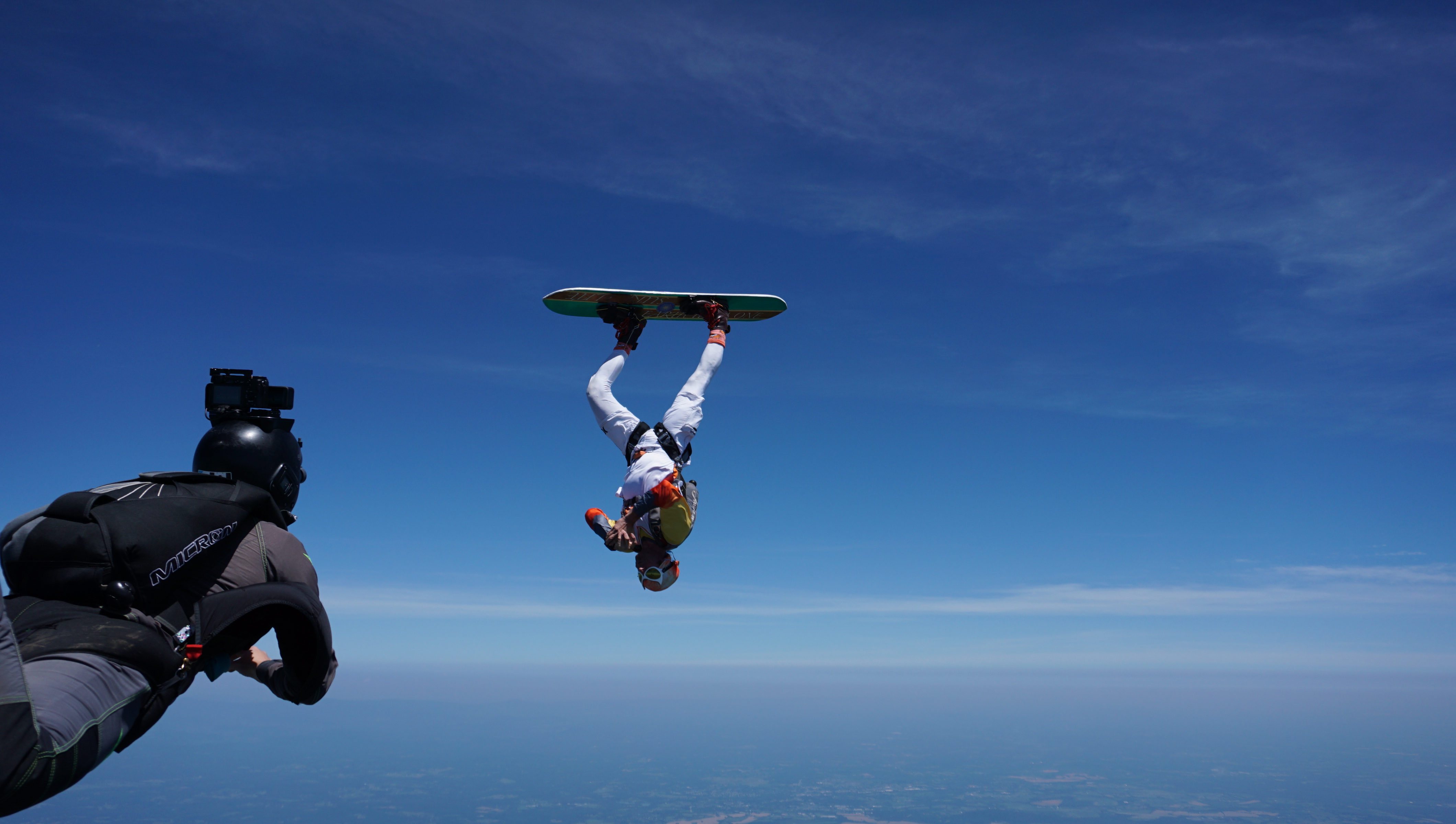