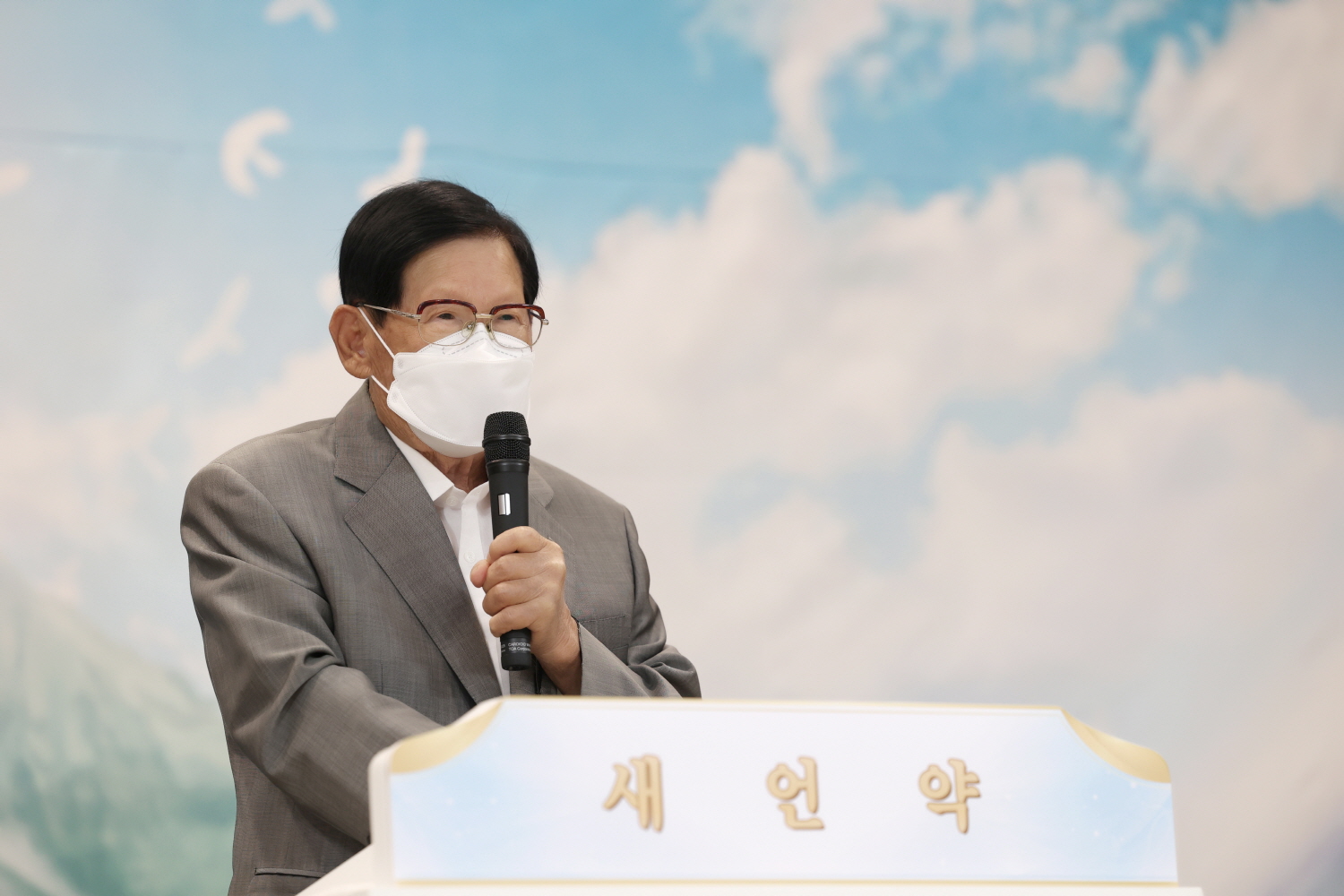 On July 23rd at 10am, Chairman Lee Man-Hee of Shincheonji Church of Jesus, will hold another special lecture for pastors of the world to explain the prophecies in the Bible’s “Four Gospels.”

(YourDigitalWall Editorial):- Chicago, Illinois Jul 22, 2022 (Issuewire.com) – Following a special pastor’s seminar that was held earlier in the month on July 4th, the July 23rd online seminar will cover ‘The Prophecy and Fulfillment of the Old and New Testaments’. The seminar will reference the Four Gospels and Revelation through which the Chairman of Shincheonji will deliver his message.

In the previous July 4th seminar, pastors, leaders and all denominations of Christianity were especially encouraged to join together to become one under God, Jesus and the Bible itself. In under an hour, the seminar covered from Genesis to Jude and explanations about the book of Revelation. Chairman Lee asked pastors “if there’s anything I taught incorrectly, please advise and teach me”. Throughout the 74 lessons of the 3 seminars: Revelation, Elementary (parables), and Intermediate, not once has any one of the over 22 million views contacted Shincheonji stating that what was being taught was incorrect according to the Bible. At the end of each lesson, viewers were encouraged to contact the speakers if anything they said was inaccurate according to the Bible.

The 3 free online seminars were translated into 24 languages and currently boast of over 22 million views in more than 136 countries. The clear, biblical explanation of the book of Revelation, taught by the Chairman of Shincheonji and its 12 branch leaders, led to more than 3,000 MOUs (memorandum of understanding) signed so far with Shincheonji. Pastors, churches, seminaries, and other groups from each continent have signed MOUs so that they could boost international cooperation and exchanges for educational support for their congregants, pastors, and students.

To allow viewers of the Revelation seminar to better understand the content, instructors of the Zion Christian Mission Center delivered over 100 parables in the follow-up seminar, “Testimony on the Parables of the Secrets of Heaven and Their True Meanings”.

An official of the church said, “Parables are the key element to understanding the secrets of the kingdom of heaven. The prophecy of the Old Testament was fulfilled at the time of Jesus in his first coming. Now Jesus left his prophecy of the New Testament to be fulfilled “when the time comes” (John 16:25). We are heading towards the true meaning as the prophecy is revealed”. Contrary to the decrease in traditional denominations, over 140,000 people have become one with the Shincheonji Church of Jesus after taking the Bible education course at Zion Mission Christian Center since 2019 and the subsequent COVID-19 pandemic. Zion Christian Mission Center is a free bible education center operated by Shincheonji.

Shincheonji Church provides a free and concise explanation of Jesus’ mission in the New Testament and the book of Revelation along with the testimony about its fulfillment. It’s for this reason that Shincheonji has called for many pastors to partner with the Christian church, so they can provide the same education to their congregations and grow.

In addition to pastors, the global media has been invited to hear the secrets of Shincheonji’s success and growth even during these turbulent times through four press conferences in the Philippines, North and South America, Europe and Africa. As the reason for Shincheonji’s growth, Chairman Lee has said, “It is because we do what God has shown and taught us. I have delivered the word of God as it is, and many people were touched by the word which led them to Shincheonji Church of Jesus.”

The role of media in the promotion of the knowledge of the seminars and the successful impact that Shincheonji is having does not go unnoticed, so media of all kinds, including radio stations, religious journalists, and YouTube TV stations are all invited to come, listen, and report on what Shincheonji is accomplishing today.

Shincheonji will once again host another free online seminar on July 23rd, ‘The Prophecy and Fulfillment of the Old and New Testaments, through local branch churches.

For attendance details to join the free July 23rd Special Lecture by the Chairman of Shincheonji Church through the Midwest branch, please email contact@nhnemidwest.org or follow this link on the 23rd: https://us02web.zoom.us/j/87161100708

For media inquiries, please use the above email with the subject line: [Media] July 23rd Seminar.

For MOU inquiries, please use the above email with the subject line: [MOU] Shincheonji July 23. 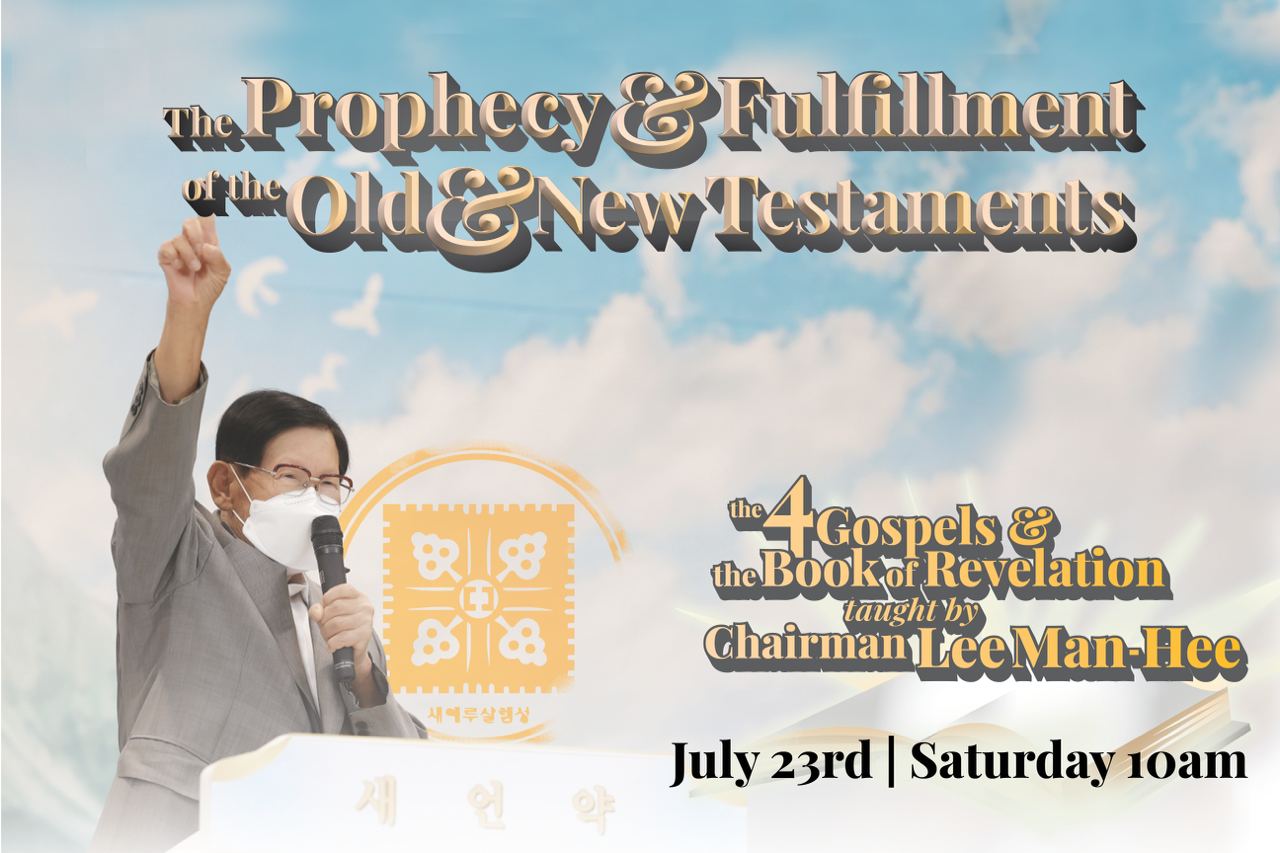 On July 23rd at 10am, Chairman Lee Man-Hee of Shincheonji Church of Jesus, will hold another special lecture for pastors of the world to explain the prophecies in the Bible’s “Four Gospels.”   (YourDigitalWall Editorial):- Chicago, Illinois Jul 22, 2022 (Issuewire.com) – Following a special pastor’s seminar that was held earlier […] 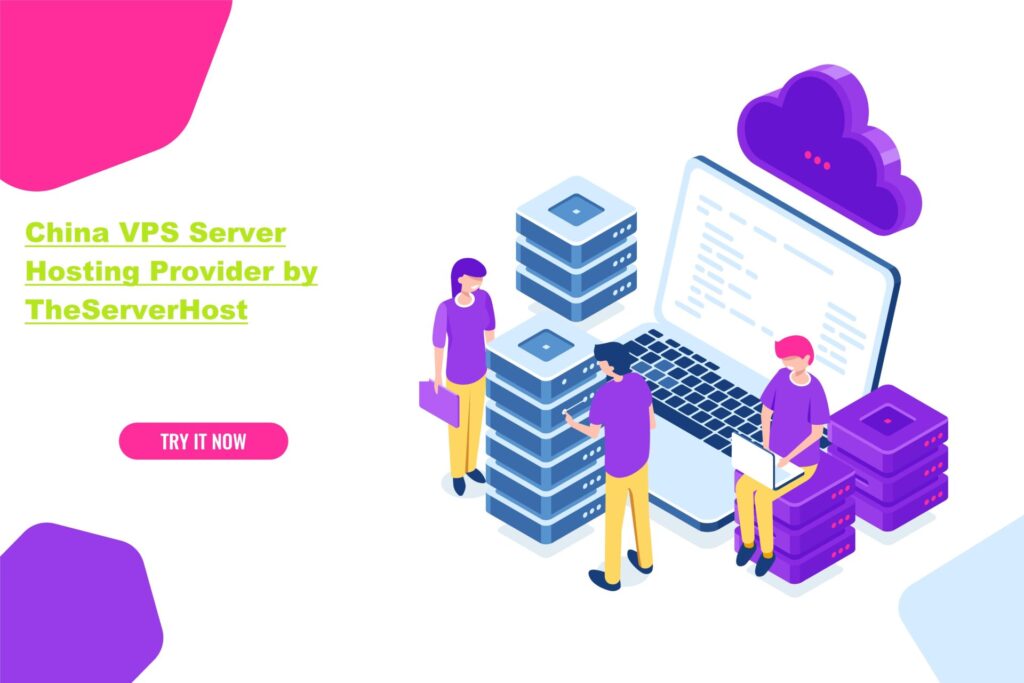