In what may be the largest graduation ceremony of theology students in the world, the Zion Christian Mission Center, the education institution of Shincheonji Church, held the 113th graduation ceremony at Daegu Stadium on Nov. 20 for 106,186 students.

(YourDigitalWall Editorial):- Chicago, Illinois Nov 22, 2022 (Issuewire.com) – In 2019, the Zion Christian Mission Center held a graduation ceremony for 100,000 theology students who completed a 6-month bible course. Soon after, Chairman, Man hee-Lee, leader of Shincheonji Church of Jesus vowed to hold another grander than the previous. Then in 2020, the COVID-19 pandemic greatly impacted the Church and many of its members in South Korea. Due to false accusations, the reputation of the Church and its organizations was stained by controversy. Shincheonji and as a consequence, the students of the Zion Christian Mission Center were subjected to ridicule, and in some cases persecution.

Yet two years later, after a record-breaking blood donation initiative and after offering their 3-part bible seminar series online for the public, Shincheonji’s Zion Christian Mission Center produced 106,186 graduates from their theology program. Graduates include students from around the world with 26,568 in Asia, 5,533 in North America, 3,192 in Europe, 6,579 in Africa, and 1,158 in Oceania. Of those, more than 500 former and current pastors completed the course.

Shincheonji, which means “New Heaven New Earth” in Korean is an international Christian institution that’s doctrine is said to be centered squarely on the Christian Bible. Graduates of the 3-part course that consists of a Beginning (Parables), Intermediate (Logic), and Advance (Revelation) are said to have mastered the book of Revelation, with complete understanding of the figurative language, historical context, and the names and entities that the prophecies of Revelation depict.

The 113th Graduation Ceremony on Nov. 20, 2022, was massive in scale, with nearly every seat in the large stadium in Daegu filled with students and their loved ones, a crowd not seen there since the World Cup in 2002. The event consisted of a beautiful opening ceremony with a choir, band, and dancers all performing. The opening service was followed by congratulatory messages, a representative prayer, and a commemorative speech by Chairman, Man-hee Lee. The 91-year-old continues to lead the organization delivering speeches and sermons and developing educational materials. Chairman Lee has also traveled the world 31 times delivering the message of peace, holding dialogues with other religious leaders as part of the HWPL (Heavenly Culture World Peace and Restoration of Light) organization, and engaging foreign governments in a treaty of peace as part of an initiative with the DPCW (Declaration of Peace and Cessation of War).

The graduates of the class of 113  have significantly increased the proportion of ministers compared to other years. The two representatives of the graduates that presented their graduation speeches are also pastors. Jeong-Wook Heo, a second-generation minister gave his speech at the graduation ceremony as a representative of domestic graduates. Having been a pastor for 20 years, he shared the testimony stating, “I only learned traditional Theology at seminary, but I didn’t know much about the Book of Revelation. I have been teaching only words that are easy to convey to the saints, excluding difficult words. I repent that I was a sinner who added to or subtracted from the word of God,” he said. “I put down everything I had and came forward to the truth. I learned the true Theology that leads to heaven, not men’s teaching, and am able to graduate. I thank God for giving me an opportunity of life.”

Mr. Djackson, the representative of oversea graduates, is a pastor in India. After taking an online Bible class at Shincheonji Church of Jesus in October of last year, he signed an MOU and changed the name of the seminary he was running to “Hepto Zion Christian Mission Center.” Currently, 294 members, including head pastors of two churches belonging to the denomination, have completed the entire course of the Zion Christian Mission Center and are listed as the 113th graduates.

In Chairman Lee’s speech he emphasized Isaiah 1, urging Christians – pastors especially, and leaders of other religions to convene and come to a peaceful resolution with the word as the standard. ” Our hope has to be achieved in order for our faith to be valuable,” he says. And the hope that the students of the Zion Christian Mission Center and members of Shincheonji Church of Jesus all have is that peace will spread around the world, citizens of many countries will embrace a new understanding of the Bible and the word of God, and all will understand the prophecies of Revelation that are seen today. 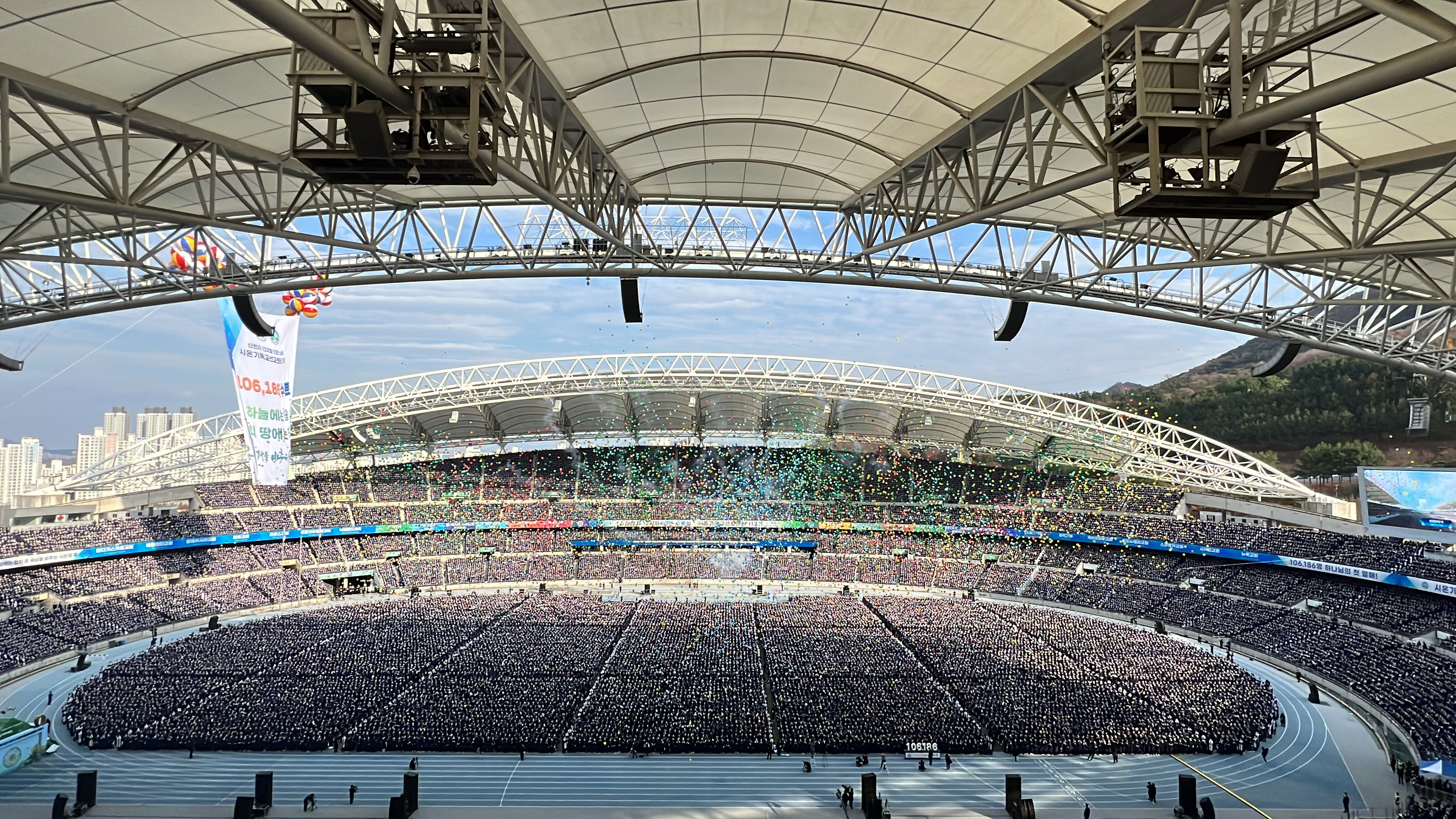 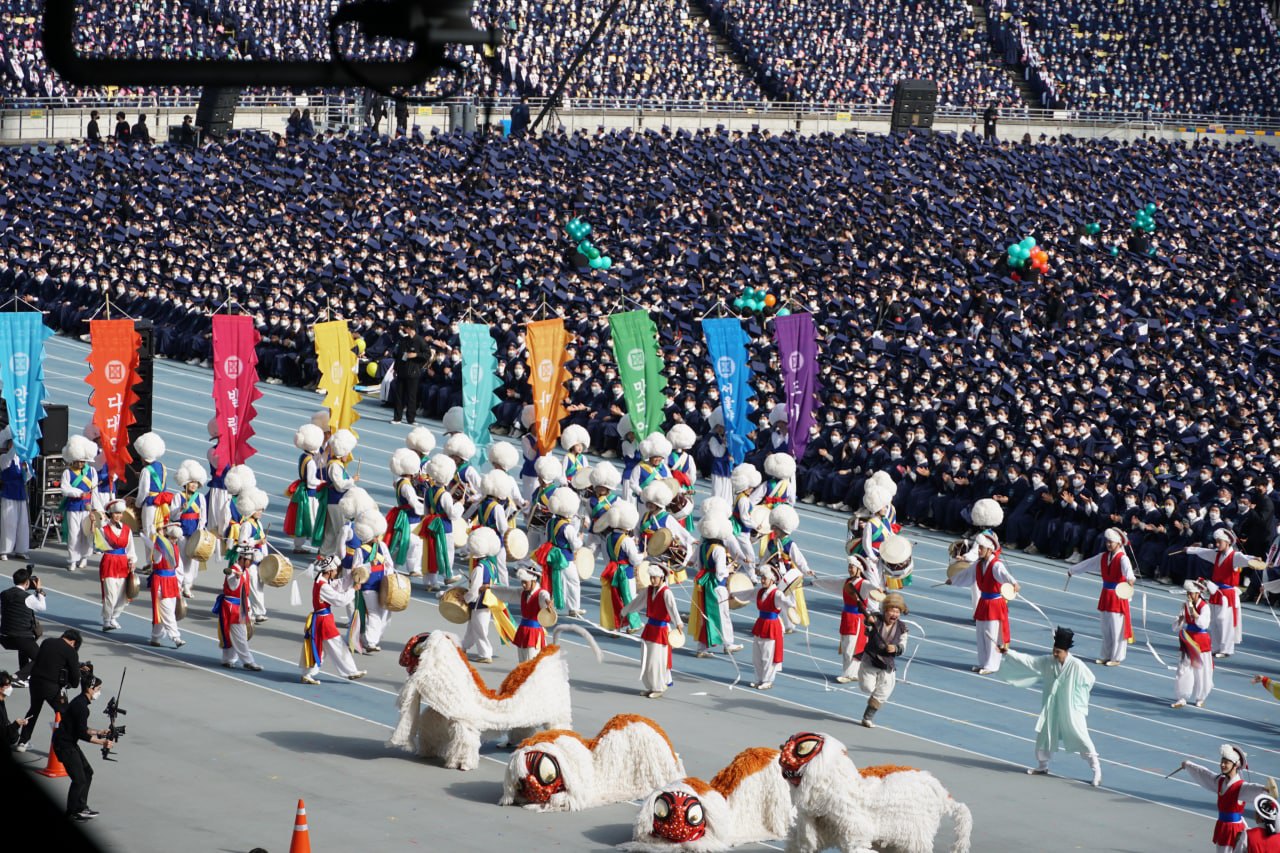 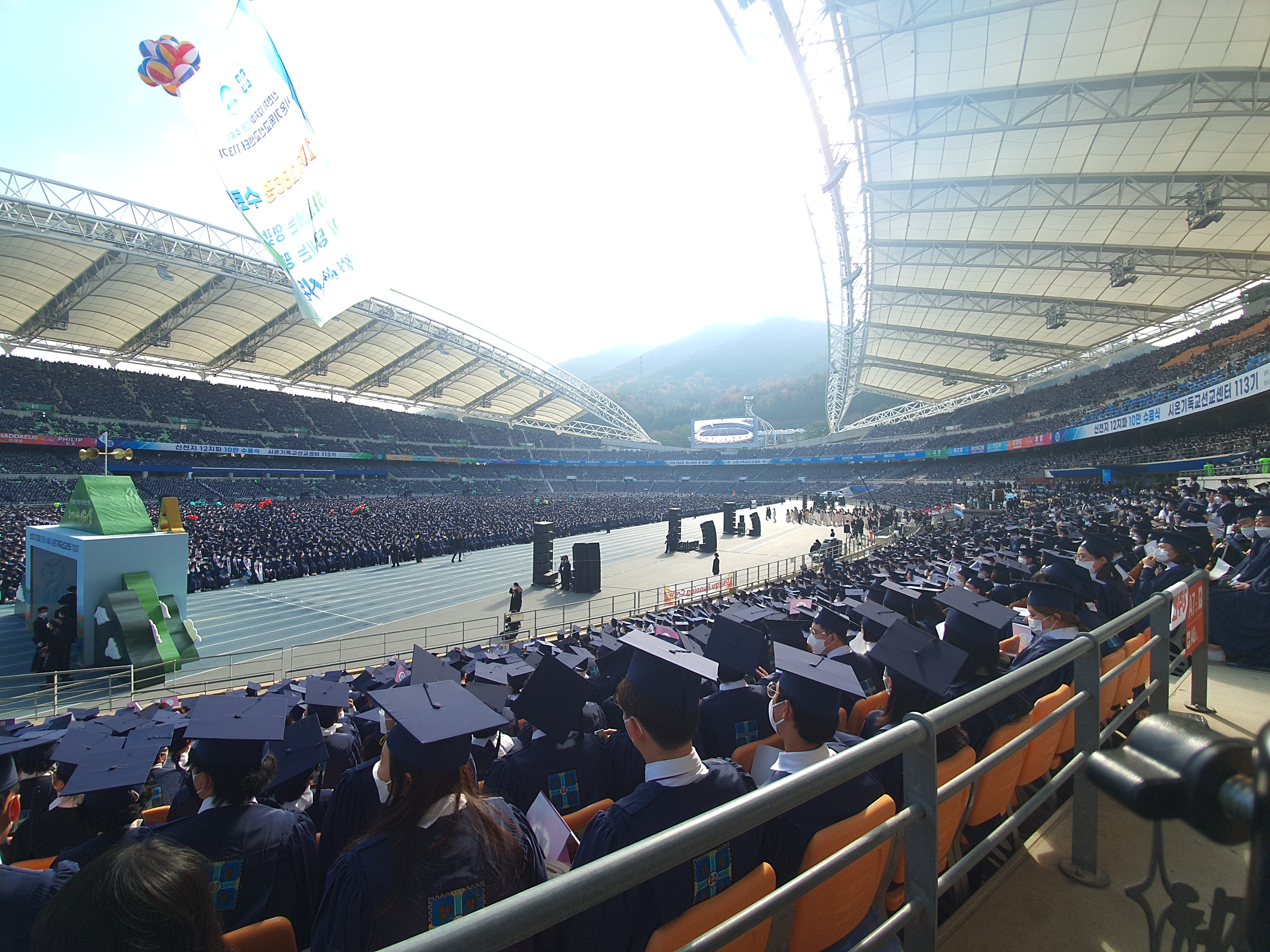 In what may be the largest graduation ceremony of theology students in the world, the Zion Christian Mission Center, the education institution of Shincheonji Church, held the 113th graduation ceremony at Daegu Stadium on Nov. 20 for 106,186 students. (YourDigitalWall Editorial):- Chicago, Illinois Nov 22, 2022 (Issuewire.com) – In 2019, the Zion […] 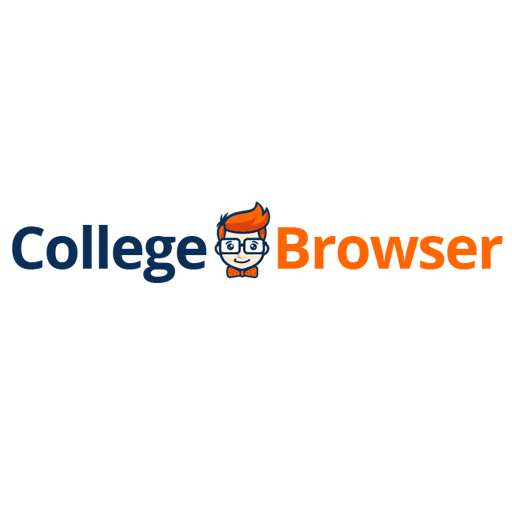