Israeli Prime Minister Benjamin Netanyahu felt the heat of the protest against him as he is currently facing a trial on serious corruption charges. On Tuesday, 14th July, many Israelis demonstrated before Benjamin Netanyahu’s official residence demanding his resign from the post of the leader of the country.

Benjamin Netanyahu is not only being accused of the corruption case but also of his devastating role at controlling the coronavirus pandemic and his popularity has dropped immensely ever since. Protesters are steadily building a nationwide movement claiming he is incompetent of serving as the PM when he is on a trial for corruption charges. People are also protesting on the streets demanding a solution for the economic decline caused by the COVID-19 crisis.

The anti-corruption activists of the nation held a massive demonstration outside his resident on Tuesday evening referring the PM Netanyahu as ‘Crime Minister’. The activists stated that the PM is detached and they are fed up with him. They will in ‘no way’ accept a corrupted and prosecuted politician as the leader of the country. No social distancing norm was followed as the protesters chanted slogans and blew horns outside Netanyahu’s home.

At the end of the demonstration, a little conflict between the protesters and the police could be seen. Some of them even blocked the city’s light rail as hundreds of protesters marched through central Jerusalem late on Tuesday. The police were also present there ensuring safety for all.

Prime Minister Netanyahu was accused of receiving highly expensive gifts from billionaire friends and bribed elite media outlets with regulatory favors in exchange for favorable coverage of himself and his family. Denying every charge he refused to step down from his position accusing the media and the judiciary and law enforcement of wrongfully subjugating him to the trial. First started in May, his trial is most likely to resume next week.

The corruption scandal was the main feature of the three hard-fought Israeli election campaigns over the year. But the two retired military chiefs Benny Gantz and Gabi Ashkenazi who were the lead contestant in the elections chose to join the longtime leader to protect the unison of the government keeping the coronavirus crisis in mind.

This leaves only the people of the country as the opposition. Before yesterday’s demonstration, the police had diffused a group of protesters who put up their tents outside the pm’s official residence in central Jerusalem on Monday.

Due to the current high rise in newer coronavirus cases, the economy of the country has faced severe decline and unemployment remains above 20 percent. Netanyahu has been facing criticism for moving too slowly and leading an out-of-touch government causing the economic fall of the country.

Netanyahu has been holding countless meetings to tackle the serious devastation promising a ‘safety net’ to help the self-employed, unemployed, and small businesses to rebuild the failing economy.

Thu Jul 16 , 2020
The diversity of hip-hop modules is being exemplified in a creative purview by upcoming Houston music producer Aurthor Ant in his new single, ‘Lets Start Over’. The musical transience and creative expressionism in upcoming music producer and songwriter Aurthor Ant’s soundscape beautifully pave the way for musical amalgamation of various sounds and styles. […] 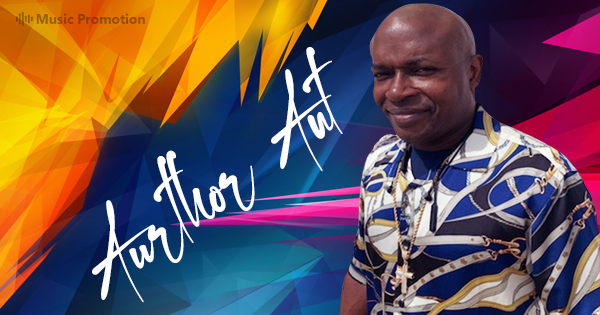