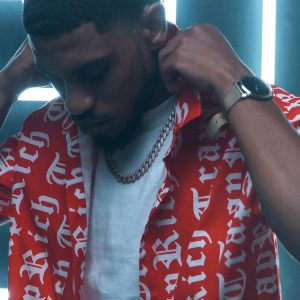 Rapper and hip hop artist Shawn Keith is traversing the depth of the contemporary genre with his creative understanding and production capacity. He released his album, ‘Playa Wayz’ that resonates with the best of modern-day sagas but with a poetic twist and a captivating groove. Released through Family Over Foes and containing 9 tracks, some of the songs from the album are ‘Intro’, ‘Playa Wayz’, ‘Pimp Limp’, ‘Wavy (Interlude)’, ‘Rollercoaster’ and more. The Texas independent hip hop artist is rapidly going up the ladder with his musical and creative excellence as he combines new ideas and production components to make his music stand out.

Artist Shawn Keith hails from Port Arthur but currently resides in Houston. His other songs from the album, ‘Playa Wayz’ which came out on September 23 include ‘Tonight’, ‘This Sh-t’, ‘Hercules’, and ‘The Plot’. This independent artist has been in the industry for 6 years and over the years has carved for himself an expressive and immersive production stream through his poetic emulsion and rhythmic grooves. If you want your playlist to stay updated with his music, follow him on Soundcloud and YouTube. Also follow his social handles on Facebook, Instagram, and Twitter to experience hip hop with a new perspective.