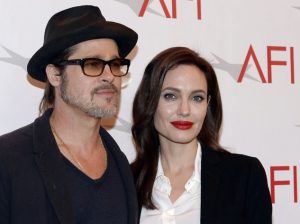 Recently Brad Pitt is seen giving a shout-out to his children as they sill mean a lot, saying at a big social event. Many eyes were remained wide open when Brad Pitt Makes Surprising Move After Years Of Tension And Angelina Jolie Divorce. He is the former husband of stunning Angelina Jolie who won an Oscar for the Best Supporting Actor. He won the Oscar for the funny role and wild stunt double Cliff Booth in Once Upon A Time in Hollywood.

He said while giving his speech that he wanted to thank all those people who took him to the drive-in. he also thanked all the people he met in his journey and finally, he cheered for his kids who always supported his work and decisions.

He made a few politically relevant statements saying that he was told he would have only 45 seconds this year but these 45 seconds seemed more than the Senate gave John Bolton this week.

It was reported to Hollywood Life that the kids are way more than happy when dad Brad Pitt acknowledged them in his speech.

A source said that it was very intimate for father and the kids as they loved how he shouted out for them in his Oscar-winning speech. It was a moment to cherish for all. The more the kids grow up, the more they will realize the extraordinary talent their parents possess. Though Brad Pitt took one Oscar home, at the end of the day, he is the father of those proud kids he shares with Angelina Jolie.

The 56 years old actor did not tremble on the mic to address that he had serious affection for his kids and they were on his mind all the time before anything else. Now the audience will not be surprised if they catch a glimpse of Brad Pitt enjoying at the Oscar party with his kids.

Mon Mar 2 , 2020
With the end of The Bachelorette’s last season which came to an end with much of a shock as nobody can be seen coming when the series was left behind by Hannah Brown as someone engaged but appeared as a single woman in the reunion. It was […]