Tommy Wayne churns out his best sounds to create his latest soundtrack ‘Wall’ that dishes out his exemplary rap skills and thought-provoking songwriting abilities.

An artist who steps out of the monotonous themes to deliver something concrete that touches the heart of millions is Tommy Wayne. Being an avid listener of hip-hop songs, I recently came across his compositions on YouTube and was completely set aback with his eclectic appeal and meaningful productions that take a dig at certain prevalent topics with outstanding melodies. His has certainly amplified the bar of hip-hop with his skills and musical proficiency. One of his recent music videos named ‘Wall’ happens to be my favorite amongst the lot where the singer has cleverly taken the socio-political incidents with his wholesome sound. The rapper doesn’t shy away from talking about the various injustices and racism that has been prevailing for generations and with his creative prospect encourages people to stand up for themselves and fight for their rights, their democracy, freedom of speech, and vote.

It’s surprising to see such artists these days who use their abilities for good and betterment of the society and I’m highly impressed with the kind of punk vibe he has attached to the pop song ‘Wall’ for giving it an attractive structure. Coming from California, Tommy Wayne has always felt connected to music and creates pieces that have rightfully manifested his name in the industry. Anyone can listen and vibe to his sound which he has creates by driving inspiration from Rihanna, Chris Brown, Beyonce, DaBaby, Normani, and Lady Gaga. Look out for the song on all major platforms like YouTube, Soundcloud, and Spotify, and follow the pop star on Facebook, Instagram, and Twitter for further updates.

Wed Sep 9 , 2020
Natasha Jane Julian has crafted an indelible niche with her latest pop number ‘West Coast Girl’. It is an enthralling execution by the California Pop singer. It is a fascinating story of small-town girl Natasha Jane Julian making it big in the global platform of pop music. She has come […] 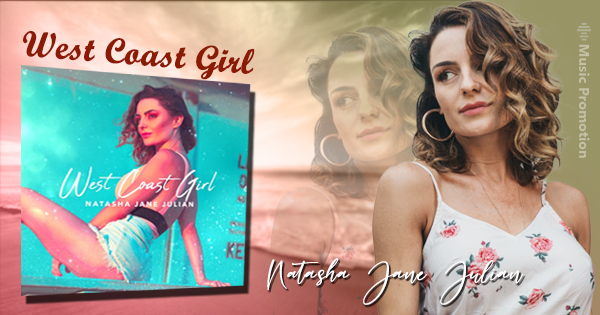