Hip hop artist Christopher The Grey shares his truest emotions through a well-weaved rhythmic and rhyming saga in his newly released song, ‘Oh My Damn!’ 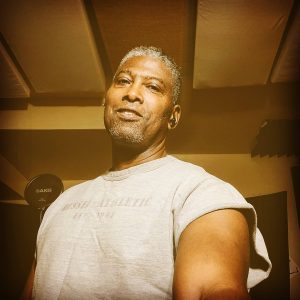 Rapper and record producer Christopher The Grey is back with a brand-new number, ‘Oh My Damn!’ released via 3rd Child Records on May 9. The multi-talented musician showcases his incredible rhyming style and storytelling ability through the song, penetrating the audience’s hearts. The track opens with a sick beat that intermingles with the hard-hitting rap verse that follows soon after in perfect harmony. Armed with his exuberant and robust voice, the seasoned rapper indeed establishes a strong presence in the contemporary hip-hop music industry. ‘Oh My Damn!’ is the lead single off his upcoming album, ‘The Departure.’ He has also released a radio edit version of the song, taking the resonance to the next level. It is safe to say that the old-school charm in the track makes it irresistible for listeners of all generations.

Hailing from Birmingham, Alabama, Christopher The Grey has become a household name after his hit single, ‘So Hot,’ in which he collaborated with hip hop legend Snoop Dogg. There is no doubt about his originality and creativity, pushing other artists to take inspiration from him. Listen to his music on Spotify, Apple Music, YouTube, and more. Follow him on Facebook and Instagram to stay updated about his upcoming works.