‘Out All Night’, the magnificent piece has been released by the Massachusetts Hiphop artist Ronney Crocs. The brisk flow of it garnered all the ears 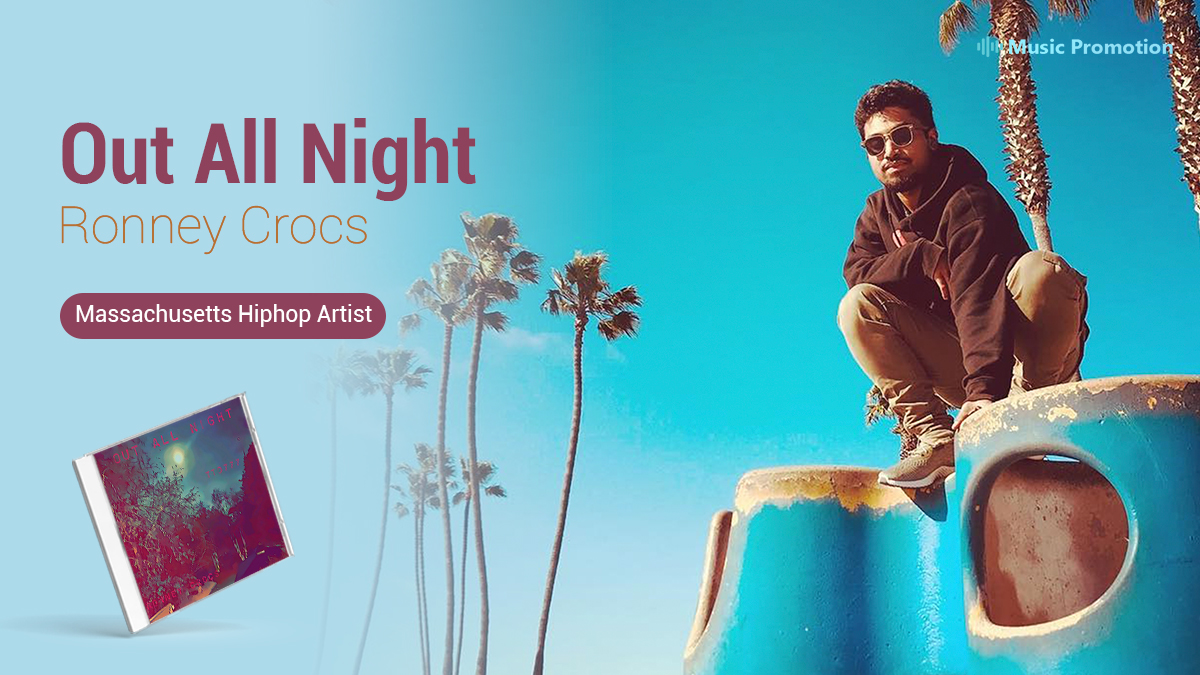 [dropcap]J[/dropcap]oin the musical ballad with the prolific hip-hop song maker Ronney Crocs. His excellent soundscapes have created a buzz in the music industry. His lyrically and musically enriched tracks have gathered a lot of ears from all around the world. This artist has churned out the true elements of the genre with his creations. His versatile way of approaching the songs has added a refreshing vibe to his crafts. He is an independent artist who single-handedly creates, sings, and produces tracks. He is getting a lot of attention with his latest creation, named ‘Out All Night’. This proficient multitasker artist has inspired all the young artists and listeners with his songs.

This Massachusetts Hiphop artist has created a solid fanbase with all of his exemplary creations. His new track ‘Out All Night’ is achieving a lot of recognition for its pleasing and soothing piece of music. The hooky and groovy vibe of it has made it even more energetic. Along with the lyrics and music of the track, his flawless vocal has made it more appealing. His vast way of presentation has helped him to create a different identity in the music industry. Ronney Crocs has given a lot of songs in his career. Some of his brilliant soundscapes are, ‘Fight Now’, ‘Imma Stoner’, ‘Derailed’, and ‘One Shot’. All of his crafts are available on SoundCloud, so visit his profile to listen to all his songs. To know more about his upcoming projects, follow him on Instagram, Twitter, and Facebook.

Listen to this Song on Soundcloud : https://soundcloud.com/ronney-oconnor-1/out-all-night

Thu Jun 9 , 2022
Recently, Leawo 2022 Easter deals has come out with up 91% discount bundles, 30% site-wide coupons and PowerPoint to Video Pro freebies.   (YourDigitalWall Editorial):- Shenzhen, Guangdong Apr 22, 2022 (Issuewire.com) – Easter just passed, but the Easter holiday and deals are still in full swing. Whether people are attending a […]