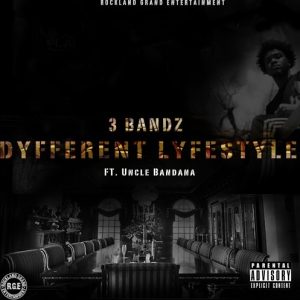 3 Bandz is composing his music under the label name and production house R.G.E. The Label. The genre in which he makes his music is mainly hip hop and rap. The New York upcoming singer has triggered fan frenzy with his new song ‘Dyfferent Lyfe Style‘. The song has got melodies that are lively in a backdrop of high frequency. The singer has got immense capability and musical talent of the highest order. The song is brimming with confidence and is authoritative. A surprise can always be sprung up in his song and the listener can relate to it. The trap music genre is his forte where he has got a strong footing. His music is like a breath of fresh air that splashes on your face in the most refreshing way. You can get a sneak peek about the singer through Instagram and listen to his tracks on Soundcloud.

New York upcoming singer 3 Bandz has dished out a new invigorating song ‘Dyfferent Lyfe Style‘. Heavy electronic surmounts the backdrop of the song with high-intensity vibes. There is an upbeat bounce in the song that rejuvenates the listener and lifts their mood. There is an element of soft funk in the song that lends the carefree attitude to sway and swagger. The song has an element of fusion with a lot of emotions pouring in a soulful manner. This aspect lends the organic side which is impressively crafted.

Check out to listen this song ‘Dyfferent Lyfe Style’ on SoundCloud:

Tue Sep 3 , 2019
The characteristics and linear growth of hip-hop in the backdrop of modern times and its influential significance as a creative art form have been beautifully captured in R.G.E THE LABEL’s newly released Extended Play ‘TheHoodCelebrity’. A beautiful reminder of how thematic and lyrical nuances can transform the cultural feat of a […] 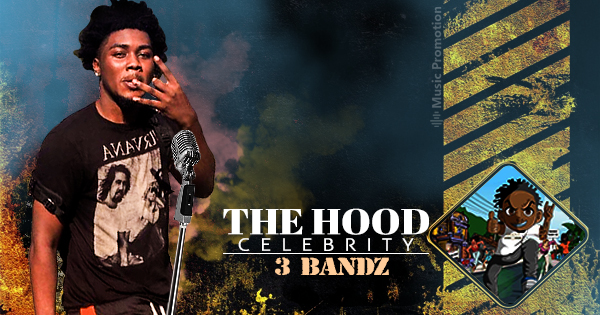