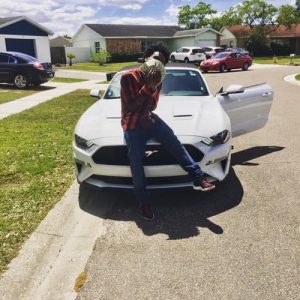 Rap, the most popular subgenre of hip hop is probably the most creative musical form that defines the spirit of the youth of the generation through its innovative poetic creations. Immensely talented hip hop artist Zo Dinero brings out the true essence of the genre with his rapid rap flow and creative dynamo merged in perfect harmony. His outstanding rhyming performance in his latest creation ‘64’, under the production house Repost network, sends an electrifying jolt through the psyche of the audience with its exuberantly fast pace and extremely potent vocal dexterity. The hard-hitting melodic cadence generated through steady harmonic progression and syncopated chord structures forms the perfect backdrop for the verbal execution in the track.

Well-versed in the field of lyrical wordplay, the Florida rapper Zo Dinero has developed his unique and attractive arrangement of the repertoire of rhyming words in his latest number ‘64’ that conveys his individual style as well as his inner thoughts and feelings in a polished manner. The hypnotic verse throw wrapped up in the warm embrace of the pummeling resonance brings the track to its glorious peak with the backing up of his boisterous vocal prowess. The thought-provoking lyrical illustration inspired by his own life experiences establishes a powerful presence through apt symbolism. Listen to his other masterful creations like ‘Ballin’, ‘GO!’, ‘FWM’, and ‘Juice Wit My Team!’ on SoundCloud and follow him on Instagram, and Twitter for more updates on his upcoming mixtape Zo Juice.

Mon Jul 27 , 2020
Neymar bagged a triumphant winning against Saint-Etienne with one big goal in the French Cup final on Friday. He scored the perfect goal for Paris Saint-Germain in the first match held after the suspension of all the matches due to the COVID-19 pandemic since March 11, 2020. The […] 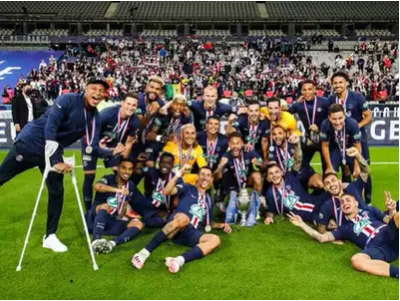