Neymar bagged a triumphant winning against Saint-Etienne with one big goal in the French Cup final on Friday. He scored the perfect goal for Paris Saint-Germain in the first match held after the suspension of all the matches due to the COVID-19 pandemic since March 11, 2020. The match concluded with a score of 1-0 and a victory for Paris Saint-Germain, though KylianMbappe could not live up to his usual performance for the injuries.

Coach Thomas Tuchel has to wait to see the recovery of KylianMbappe. He is still under the cloud and the coach is terribly tensed for his fitness because the Champions League quarter-final against Atalanta is knocking at the door. He had an ankle injury that made him teary during the first half of the long-awaited fixture of this year.

Though Neymar scored a winning shot in the Coupe de France final, the manager Thomas Tuchel called it an ‘expensive victory’ for the team against Saint-Etienne. He said this because the striker KylianMbappe was scythed down by Saint-Etienne captain and defender Loic Perrin in the first half.

His ankle injury was so bad that he joined the team after they won the final match. He walked out of the tunnel with the help of the crutches and the unbearable pain was palpable from the way he emerged on the ground with a difficult gait. The captain of Saint-Etienne, Loic Perrin is dismissed after the incident. Tuchel said, “Everyone is worried. Everyone who saw the foul is worried. Of course, I’m worried.”

“I’m very happy because we won but we have to stay patient because we don’t have any news. I think he will undergo tests tonight,” as Tuchel was waiting for the test reports with bated breath.

PSG has gathered the first important trophy in the final of French cup and for the other two remaining trophies, the team has to go against Lyon in League Cup final that will come next Friday before their European campaign in Portugal.

The final match on Saturday was the first match in the European nation since March and it allowed fans to enjoy the spectacular play from the field. Though, this time the crowd had to be restricted to 2805 spectators. One of the biggest highlights of the match was to see the French President Emmanuel Macron inside the gallery.

Almost thirty thousand people in France died of COVID-19 and a minute’s silence before the game was held to remember such a daunting reality.

Mcdonald’s is Shutting Down 200 Outlets in The U.S. Suffering From Huge Loss Due To The Pandemic

Neymar bagged a triumphant winning against Saint-Etienne with one big goal in the French Cup final on Friday. He scored the perfect goal for Paris Saint-Germain in the first match held after the suspension of all the matches due to the COVID-19 pandemic since March 11, 2020. The […] 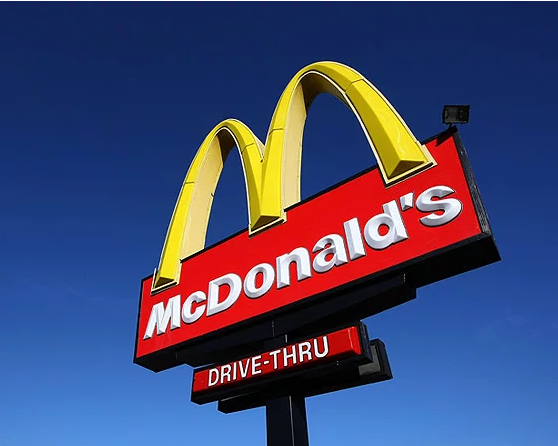