The legs and bat of the Indian opener Prithwi Shaw are reacting very late to the ball and it opens up a huge gap between the bat and the pad. This generally happens to those batsmen who have plenty of things going on in their minds. Sometimes it could also happen when they are expecting a short delivery. This has been pointed out by the batting maestro Sachin Tendulkar where he spoke in one of his exclusive interviews.

The 21-year-old Shaw lasted for just six balls to manage just four runs, which includes a duck in the first inning as part of the first test against the mighty Australians where the Indians lost by 8 wickets and the match at Adelaide finished well within three days. India was bowled out for their lowest total in the second inning. It was their lowest score in test history and the meager 36 runs have beaten their previous lowest of 42 that happened in Lords against England.

Tendulkar who is 47-year-old, and has an aggregate of 34,357 runs with a staggering 100 centuries in the 664 matches that he has played feels that it is very difficult to overcome, and performances like these stay for long with the players. But if the players infuse a combined dose of grit, planning, and discipline in their game it will help the team to give a great performance.

Rahane is going to take over the captaincy from skipper Kohli who is going to miss the rest of the three tests as he is going to come back to India and join his wife for the birth of their first child. Tendulkar added that his fellow Mumbaikar is going to be on his toes and up to the task and the calmness in him and composed demeanor should not be mistaken for his weakness.

Sachin Tendulkar further added that these are disappointing performances and there is no doubt about it. It is very difficult to perform and get going in the next game. People can forget by saying that it is one of those bad days but such a performance stays with the players. The best way is to fight it out in the coming matches and change the thinking by doing something special. This will make the juice inside the body more positive after that.

He further added that one has to follow a simple strategy by scoring more runs and stop the opponent from getting a big total. He says that the Indian team has to be gritty in the upcoming three tests. The team has to have a combination of planning, discipline, and grit. The team has to plan and show grit and the plan has to be executed flawlessly.

He feels that the team has to stick to the routine that has helped them in coming to this level and has given them so much success.

Thu Dec 31 , 2020
Hitting the industry with an unwavering personality, rising rapper Acid has come up with the latest track ‘Splash’. The song appears in his upcoming EP ‘Admiration’. Skilled rapper and music artist Acid has come up with his latest single, titled ‘Splash’.  The track has an upbeat musical arrangement filled with […] 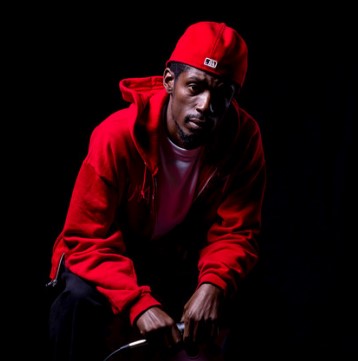