Wishing to empower the children, women, and families who faced the brutality of the war, established American singer Kendra Erika has partnered with the Global Charity called War Child for her most recent single  ‘Song Of Hope’. The track, released in the month of January, brings fresh new prospects for the year ahead. The optimistic resonance of the song is bound to inspire the audience with its positive message towards life. Her mesmerizing vocal dexterity amplifies the divine resonance of the melody. Her dynamic musical vision inspired by her passion to generate real emotions in the audience is opulent in the soundtrack. The song epitomizes her inspiring journey from being tone-deaf as a child to becoming a chart-topping artist, inspiring the listeners. 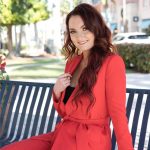 Working under the renowned production house Oyster Shell Music, the South Florida native singer has co-written her latest song ‘Song Of Hope’ with Charlie Midnight and Jan Fairchild. Kendra Erika opens her hearts out to create the most emotional yet empowering single so far. The lyrical illustration of the track, rich in powerful metaphors has made a huge impression on the audience. Her hit single ‘Self Control’ has topped the Billboard Dance Chart after its release. The flaming-haired siren has hypnotized the global pop community with her previous songs ‘So Fly’, ‘A Deeper Love’, ‘Avalanche’, ‘Oasis’, and more. Visit her website and follow her on SoundCloud, YouTube,  Facebook, Twitter, and Instagram to know more about her future projects.

Sat Feb 6 , 2021
Walmart Inc has decided to widen its advertising aspects in order to go head-on with its rival Amazon.com Inc in the field of media. On Thursday they announced that they are in the process of including space in their US stores for ads. They also plan to share their […] 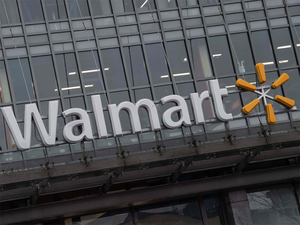