Talented Texas rapper Docman has once again created a buzz with the release of ‘Legends Always Die.’ 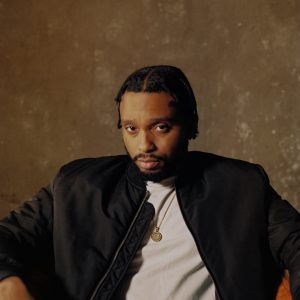 Maurice ”Docman” Robinson continues his breakout in 2022 with another exceptional track. He has recently launched a new soundscape named, ‘Legends Always Die,’ released on March 7 under Empier Entertainment. The thematic and hooky presentation has gathered a lot of ears with its skills. The brilliant musician has the caliber of writing prolific lyrics and mixing them with hooky music. Featuring catchy tune and brisk flows, the track is about how people always consider someone who died a legend, even if that person didn’t earn that title while still alive. Docman shares, ”If that’s the criteria to becoming a legend, then don’t sign me up.”

Hailing from Yuma, Arizona, Docman has always captivated the hearts of the listeners with his creative work. Having more than 37K monthly listeners on Spotify alone is proof of that. With a lot of projects under his belt, including seven albums, Docman is indeed all set to entice his audience with a new album, titled ‘Chapter 29’ which will be out on June 1.  ‘Legends Always Die’ is the first song out of it. And according to sources, a nine-minute mini-documentary based around Docman’s life will be out on March 21, so fans are eagerly waiting for more announcements.

‘Legends Always Die’ is now available for streaming, including Spotify. Follow Docman via his Instagram to get updates in real-time.

Link to the single:
https://open.spotify.com/album/1Jp9pY6beMta425nRFeMPd

Thu Mar 10 , 2022
(YourDigitalWall Editorial):- Brisbane, Queensland Mar 9, 2022 (Issuewire.com) – Australian adventurer Brian Freeman plans to partake in a survival experience in which he will walk for 200 km with only water, starting on March 8. Brian will begin his trek in Brisbane, Australia, and follow the Brisbane River for the length of […]