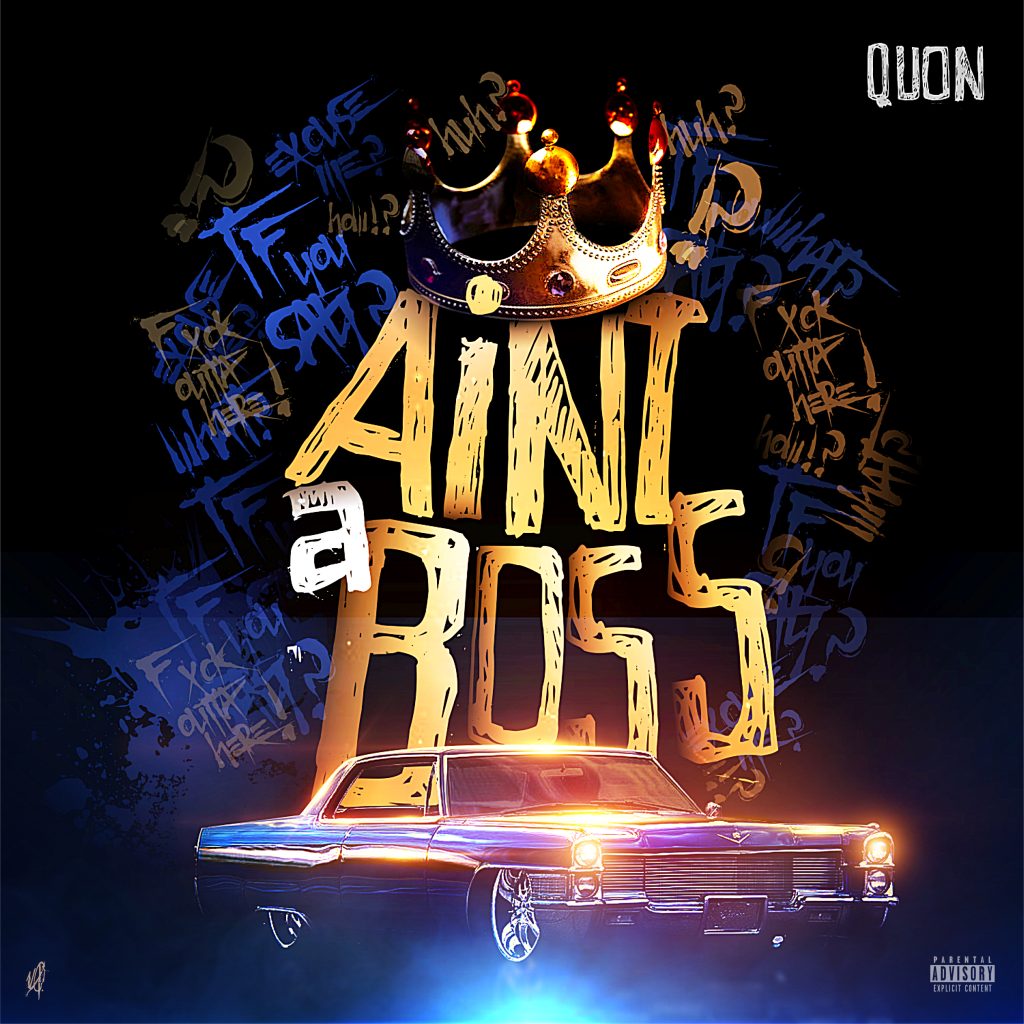 Dequon Stovall, globally known as Quon, is spreading his musical aura with exceptional soundtracks. Following the release of his single, ‘Did That,’ two months ago, he returns with another hit number, ‘Aint A Boss.’ Freshly released via Majestic Music, it goes along with visuals produced and directed by Amir Perry (Yo Gotti, Pusha T, E-40) that will surely create more buzz. Inspired by the late Pimp C, the track talks about fake things going on everywhere, especially on social media, where many people claim to be what they are not. Featuring perfect synchronization with the instrumental beats and hooky vibes, ‘Aint A Boss’ keeps listeners engaged. The music video was also shot in Houston, paying homage to the dead and living legends from Houston and beyond.

Quon hails from New Orleans but is now based in Amarillo, TX. Known for his catchy beats, he started his musical journey when he was a teenager. Rapping around friends and performing open mic at clubs, he developed his own style that distinguishes him from other players in the industry. Under his previous moniker, Young Quon, he was seen collaborating with big names in the hip-hop scene like Paul Wall, Kidd Kidd, E-40, and Lil’ Keke. With the release of ‘Aint A Boss,’ Quon just shows us that he is here to stay and will, without a doubt, will attract both old and young.

How Can a Reliable Music Blog Submission Service Make You Famous?

Veteran MC Quon is delivering exceptional songs back-to-back. ‘Aint A Boss’ music video premieres today March 24. Dequon Stovall, globally known as Quon, is spreading his musical aura with exceptional soundtracks. Following the release of his single, ‘Did That,’ two months ago, he returns with another hit number, ‘Aint A Boss.’ Freshly released […]