On Thursday, Prime Minister Justin Trudeau warned that Canada is still in the middle of the COVID-19 health crisis and shall continue to remain so for many months.

On a statement released by him on a virtual Liberal fundraising event, he said that they are still in the crisis mode and are amidst a pandemic. Therefore, they all have to learn how to continue to live with COVID-19 for many more months.

The remarks were made by Trudeau in response to a question raised by a Liberal supporter during the party’s first-ever virtual fundraiser. Although $25 was suggested by the party, the donors who reportedly fixed any amount were able to submit the written questions to the Prime Minister.

The party confirmed that it received more than five hundred questions but only five were put to Trudeau during the 45-minute event, and all of them were friendly.

The party also said that more than two thousand people from across the country tuned in for the event.

Trudeau urged the Canadians to be vigilant about the pandemic situation and insisted everyone on washing their hands, wear masks, avoid large gatherings, and also keep physical distance from one another.

He said that the better way they do this; there are more chances for them to come out stronger, quicker, and be able to build that better future that they know everyone is quite impatient to get to.

While Trudeau acknowledged that the pandemic has meant difficulties for the Canadians, but he also said that he’s excited about the opportunity it now presents for rebuilding a stronger Canada. Currently, his government intends to sketch its plan for economic recovery in a throne speech on September 23.

He said that the country and the world are facing an unforeseen challenge but they all have been given an unparalleled opportunity as well. They now have the chance to build a Canada that is safer and healthier, a Canada that is much greener and more competitive, more welcoming, and even fairer. This is their moment to define the path ahead.

In response to a question raised by an Alberta supporter, Trudeau acknowledged that the province has been hit hard by the double whammy of COVID-19 and the collapse in demand for its oil and natural gas. He went onto pledge that the government shall rely on the hard work, the engineering skills, and the innovation that the people in Alberta and the oil and gas sector have always shown to gradually shift away from fossil fuels, and reach the Liberal commitment to net-zero carbon emissions by 2050.

He added that unless everyone intends to become a part of a better future, no one can.

Trudeau who generally attends multiple fundraisers across the country got restricted due to the pandemic as it has put an end to large people gatherings and all the political parties have had to fund their ways of raising money and conduct the voter outreach.

The Liberal party is in the process of debating and prioritizing policy resolutions for its upcoming online national convention. However, it is yet to decide whether the convention itself, scheduled for November 12-15 in Ottawa will be conducted virtually or through some hybrid online and in-person sessions.

Mon Sep 14 , 2020
European regulators raised concerns that the transfer of data of its Facebook users to the United States does not protect the information from the surveillance of the US government – Facebook is now facing the prospect of this. On Wednesday, the social networking giant said […] 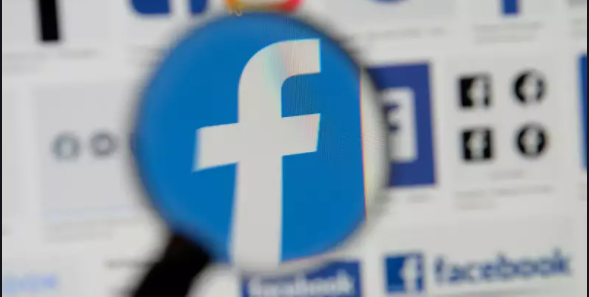