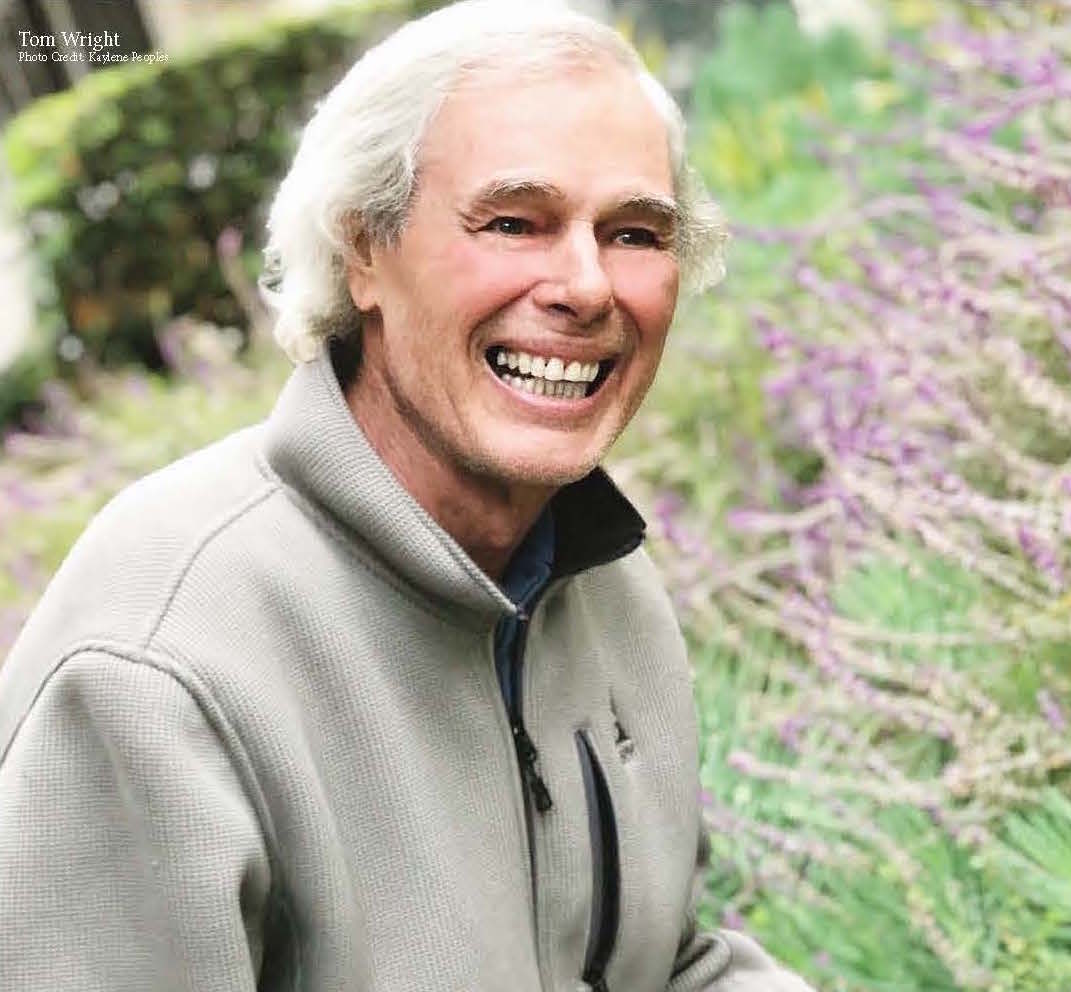 West Hollywood, Jul 8, 2021 (Issuewire.com) – Abstract painter Tom Wright will be unveiling his bigger-than-life canvases at the West Hollywood Summer Free Jazz and Art Festival on July 8, 2021, from 9 am throughout the evening at La Bohème Café, located at 8400 Santa Monica Blvd., West Hollywood, CA. As a long-term resident of West Hollywood, Mr. Wright has supported the community for years. “These are large, full-color art pieces, painted on a canvas that is 9 feet by 15 feet and 6 feet by 9 feet . . . with vivid colors and patterns of happiness,” says Wright. This is the second exhibit Tom Wright has had at La Bohème Café. His previous showing was only a month prior where he showed his framed paintings chosen from his vast collection of abstracts.

“If you look up “Renaissance Man,” surely the name “Tom Wright” would come up — If nothing more than discussing his varied art which imitates life. Through his complex journey as an artist, his forms and expressions are reminiscent of the Picassos, the Van Goghs, and the French impressionists. Something as basic as a shopping bag could be his subject.” —Agenda Magazine

“This artist has been attracting a lot of attention lately due to his ‘think outside of the box’ approach to abstract art.” —TheHollywoodTimes.today

The Los Angeles artist, Tom Wright, exhibited three examples from his catalogue of paintings that were created over his lifetime. His abstract entitled “The Wolf at the Door” may unlock your fear of the unknown by focusing on the wolf’s menacing image at the door to your world, peeping through the door blinds. On further evaluation, there seems to be a faceless image with an orange hat that makes the viewer question whether or not the wolf is on the inside, and the orange faceless image is looking in! Tom will often combine many worlds in his paintings and may even incorporate more lines and levels to keep the gallery of people guessing where he’s going with his art, leaving much to the viewer’s interpretation. A prolific painter whose art crosses multiple platforms, Wright’s medium of choice is acrylics and he is a master at impressionism and complex abstracts, using anything from canvas to paper bags, and painting satire to self-portraits with themes ranging from somber to joyful to alarming.  Great use of the color palette, Tom Wright’s paintings are imaginative, colorful, and emotionally stirring, and a favorite amongst local galleries. Visit: IG mrtomewright

When it comes to the bass, two-time Grammy-nominated Bunny Brunel is the master and a musician’s musician! From defining his signature style on fretless, upright, and electric basses, to authoring numerous instructional books on bass technique and theory, there is no end to Brunel’s musical mind. Bunny has 15 albums from his first, titled Touch (1978) to his latest, the highly praised historical CD Bass-Ball (2017), a co-production with Bunny Brunel and Stanley Clarke. Bunny’s band CAB earned a Grammy nomination for CAB 2 Best Contemporary Jazz Album. Bunny Brunel is revered as one of the four who started the jazz-fusion bass movement (with Stanley Clarke, Jaco Pastorius, and Jeff Berlin). He was a member of Chick Corea’s band for 9 years, earning him his first Grammy nomination, and has played with Tony Williams, Herbie Hancock, Wayne Shorter, etc. He has graced the covers of (PN’P) Plug N Play, Bass Musician, Basics; and has been featured in Bass Player, No Treble, Bassiste, For Bass Players Only, and others; and now Brunel holds the prestigious title as the Editor at Large of Virtuoso Bass magazine! Visit: https://www.bunnybrunel.com

L.A. Music Awards-winning Producer Kaylene’s first jazz CD All Jazzed Up! (2005) made a splash across the nation when her single “Do You Remember” was played across the country. The single climbed to the top of the independent charts (AC40/NMW! Top 100 Chart/FMQB & ACQB! and Indie 100 chart). Her 2015 release, My Man, blew up the airwaves and impressed concertgoers. Her song “Giant Steps” is an (Akademia) award-winner, featuring Hubert Laws, Bunny Brunel, and Bobby Lyle. And her CD Romantic Bossa-Nova (2020) is a smash hit amongst Bossa-Nova fans. This former model and two-time State Beauty Pageant winner (Miss California Young Miss; Miss Golden State) boasts a rare 5-octave vocal range, is a multi-instrumentalist, and a composer/arranger/conductor. Kaylene’s soloing instrument of choice is the flute. In honor of her father, she incorporates it heavily into her music. Peoples has performed/recorded with Bunny Brunel, Bobby Lyle, Hubert Laws, Stanley Clarke, Patrice Rushen, Jeff Goldblum, Larry Dunn, and others. Kaylene Peoples continues to blow her audiences away with her incredible vocal performances and equally impressive instrumental virtuosity! Visit: https://www.kaylenepeoples.com

Known as one of the most beautiful, romantic spots in Los Angeles, this iconic West Hollywood restaurant, bar and lounge offer a one-of-a-kind New American cuisine experience, with a modern selection of wines, beer, and hand-crafted cocktails. Since 1991, La Bohème Café has created a magnificent setting for large and small intimate dinners, along with private and corporate special events, and is one of L.A.’s most seductive restaurants. Renown for its stunning architecture and dramatic dining room, the interior includes a roaring fireplace, massive statues, chandeliers, semi-private booths, and a romantic open-air patio. Visit: https://labohemeweho.com/ 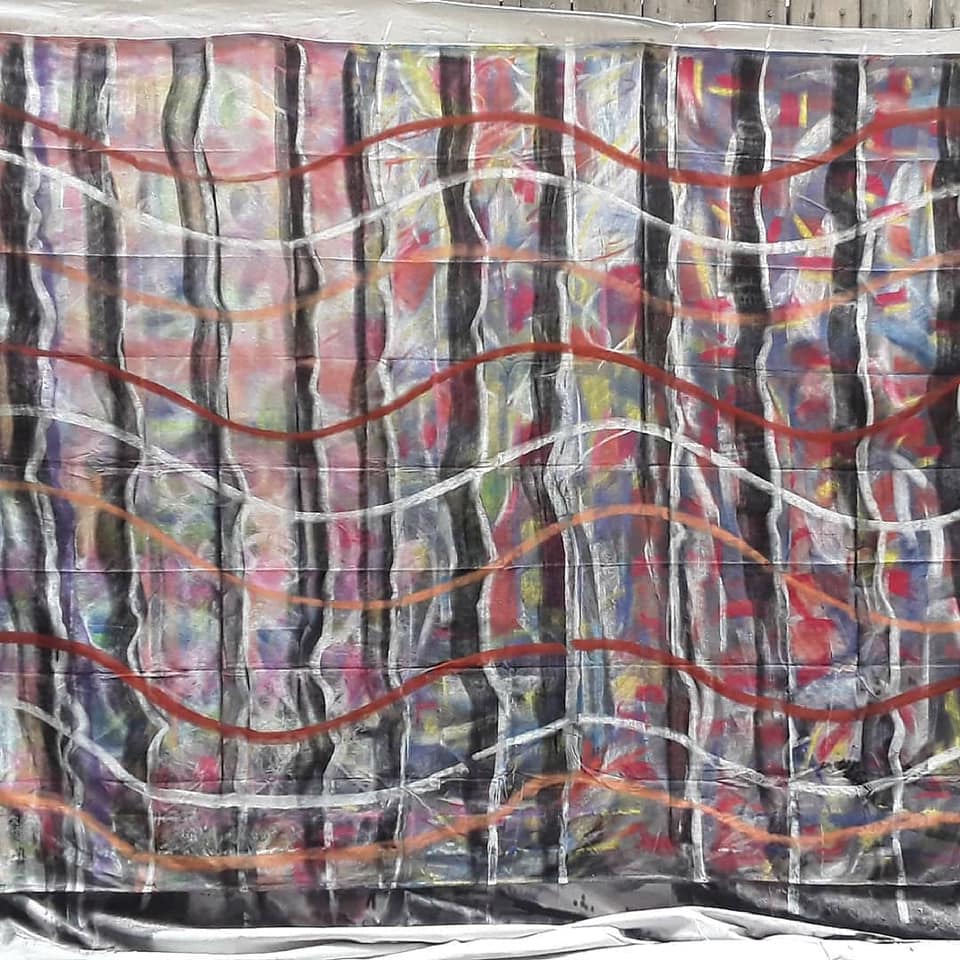 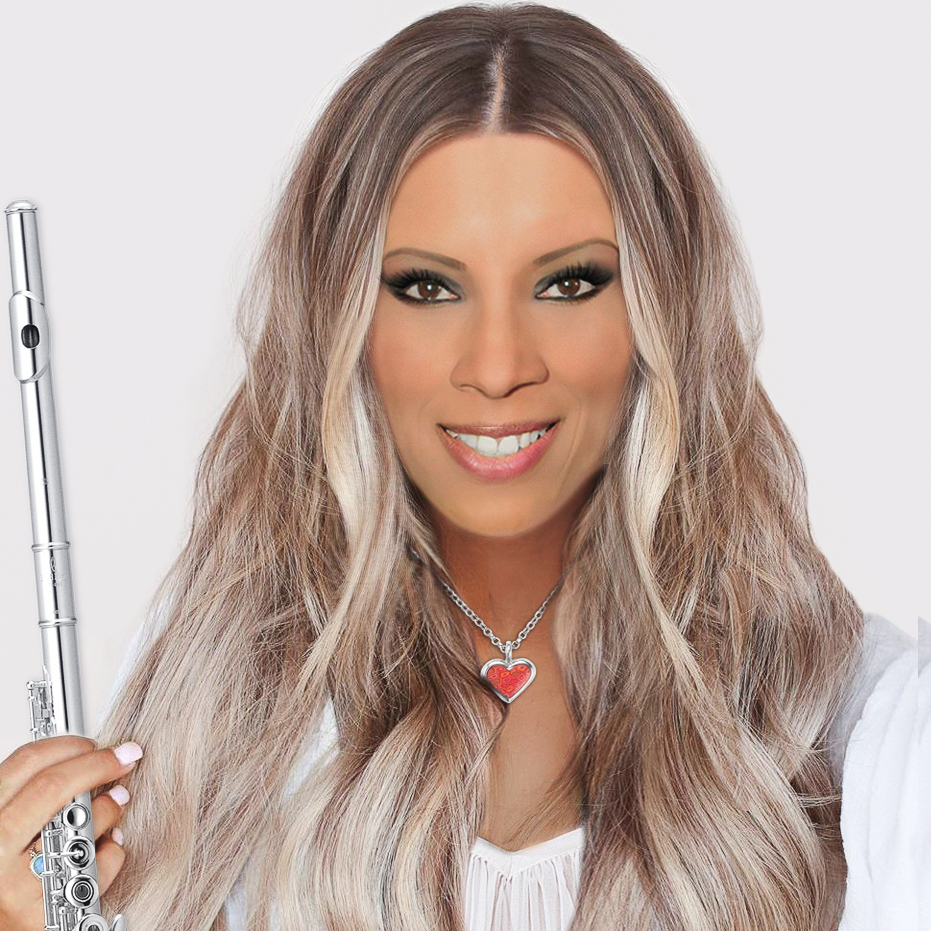 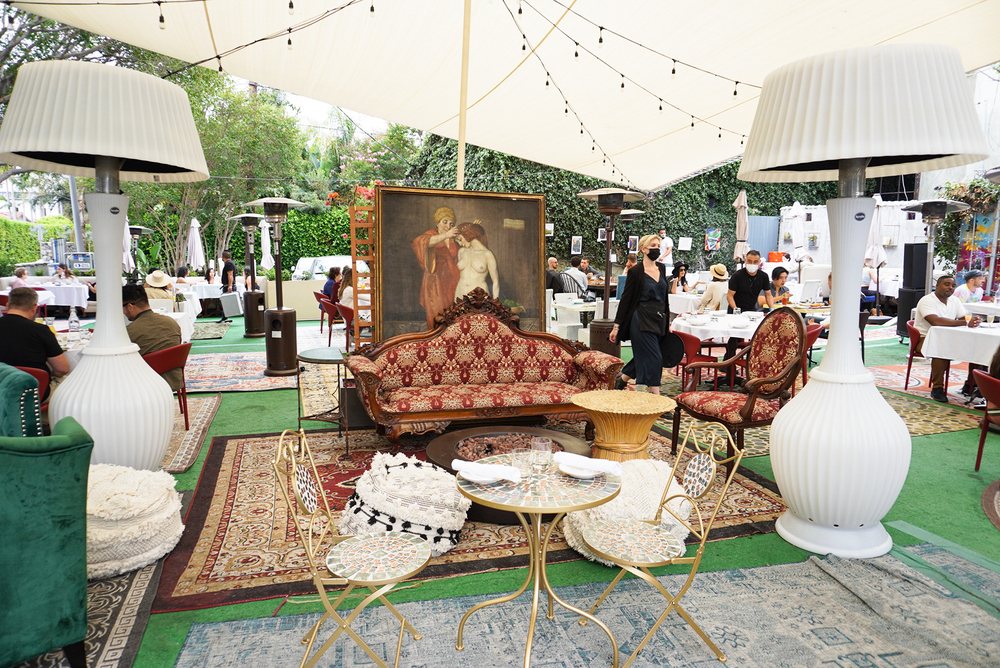 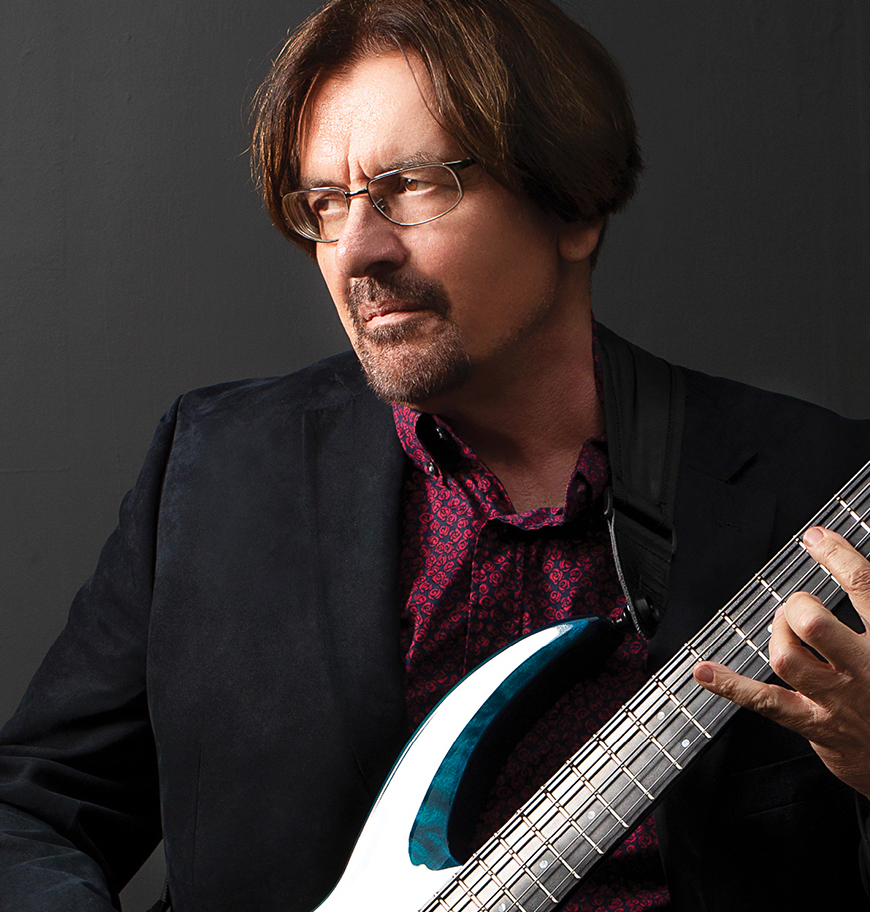 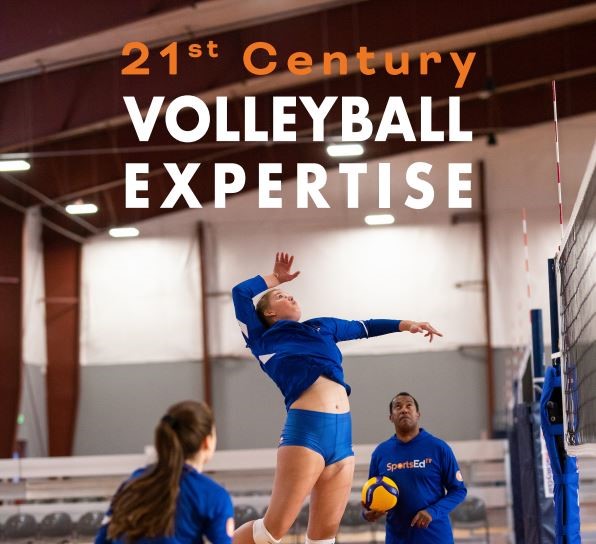