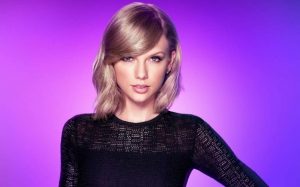 As per the latest reports by Forbes, this year, the highest-earning celebrity is Taylor Swift. Taylor’s net earnings between June 2018 and June 2019 have been estimated at $185 million, taking the top stop as the richest celebrity this year. There were many other celebrities shortlisted for the same title but she managed to climb to the top, even beating close contender Kylie Jenner.

On top of that, in the collective spectrum of the music industry, Taylor Swift has also taken the number-one spot as the highest-earning female musician. This year, Taylor’s estimated $185 million also surpassed Beyonce’s net worth for this year which is $81 million. In the countdown, Beyonce was followed by Rihanna’s $62million yearly earning. Some of the other notable A-listers in the Forbes ranking included Katy Perry with $57.5 million and Pink with $57 million at their disposal.

29-year-old singer/songwriter Taylor has been appreciated tremendously for her performance on two of her songs from the new album Lover at this year’s MTV Video Music Awards that took place Monday night. That being said, Taylor Swift’s earning from her last album contributed generously to her attribute as the highest-earning female musician of for this year. She went on an epic tour back in 2018 for the promotion of her previous album Reputation and the tour returns also bagged the title of the highest-grossing tour in history, bringing in an approximate $266,000,000.

Interestingly enough, the yearly earnings of Hollywood actresses were much less than the fore-running ladies of the music industry. Scarlett Johansson’s net yearly worth was $56 million with Sofia Vergara following close behind the Avengers star at $44 million. Other close contenders included Nicole Kidman, Reese Witherspoon, and Jennifer Aniston.

Taylor Swift named richest female celebrity may be one of the biggest accomplishments of her career but she has always been controversy’s favorite child. This June, Scooter Braun reportedly bought the entire worth of Big Machine Records which has been Taylor Swift’s former official record label with whom she signed her first six records.

The whole deal was a whopping $300,000,000 but Scooter Braun also got their hands on all the rights to each master recording Taylor Swift has made so far. In some of the recent interviews, Taylor Swift claimed that her initial recordings of some of her first albums were a plan all along to combat the inconvenience that she would have now faced otherwise.

Amid speculations, another source in a meet-up with Page Six claimed that Taylor does not own any of the rights to her initial six albums and as a result, her undertaking does not conform to the legalities of copyright or creation.

One of the legal experts from the music industry shared his wisdom and knowledge on rectifying this glitch saying that in order for Taylor Swift to regain the rights to her first six albums, she would have to re-record all the songs with new lyrics and hence the result would be of no use since the essence for which those songs got famous will become redundant and play as completely new songs with no assurance of whether they will go on to become hits. As far as her fan base goes, it is also uncertain whether they would accept the new avatar of their favorite songs by Taylor Swift with the same amount of appreciation and acknowledgment as they did before.

As per the latest reports by Forbes, this year, the highest-earning celebrity is Taylor Swift. Taylor’s net earnings between June 2018 and June 2019 have been estimated at $185 million, taking the top stop as the richest celebrity this year. There were many other celebrities shortlisted for the same […]