Mexico becomes the fourth country to pass 100,000 deaths owing to coronavirus. Since the advent of the pandemic, the country has lost 1000,104 lives. This news was released just a few days after the country reported more than one million infected individuals. The government has said that the official count may be less than the actual number. The three other countries that have reported more deaths than Mexico are US, Brazil, and India that constitute approximately 125 million. The mortality rate of 9.8% in the country is one of the highest around the world.

Critics have said that President Andrés Manuel López Obrador has been late in introducing measures during the initial stages of the outbreak and for rolling back restrictions quickly. In March only, the government has said that the virus does not wage an emergency situation. Although people were asked to stay indoors from the end of March due to the rising number of cases, the President loosened restrictions in May since the economy took a major hit.

The healthcare system and infrastructure in Mexico is a thing of concern especially during the time of the pandemic. Mexico also houses huge amounts of informal economy which means that people in millions are forced to leave home every day to earn a living. This means, home isolation is not an option for them. The President of Mexico has also been reluctant to increase the country’s debts and hence, businesses were not uplifted nor were the workers looked after during this time.

Apart from Mexico, other Latin American countries have also been hit hard by the pandemic. Brazilian President Jair Bolsonaro also downplayed the virus and is now paying the price. The country has reported 170,000 deaths just second to US.

Peru’s economy strunk by 40% in April in comparison to the previous year during this hour of crisis. The nation reported a whopping 940,000 infected cases and 35,000 deaths. The country has the highest death rates per 100,000 people. All this is happening amid continuous unrest in the country. Only on Tuesday, Peru welcomed their third president within a week of former President Martín Vizcarra’s alleged impeachment over bribery allegations.

Mexico becomes the fourth country to pass 100,000 deaths owing to coronavirus. Since the advent of the pandemic, the country has lost 1000,104 lives. This news was released just a few days after the country reported more than one million infected individuals. The government has said that the […] 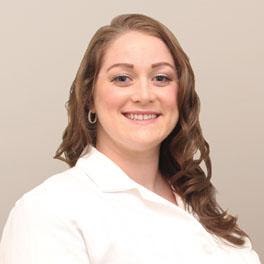