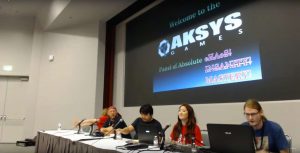 Although gamers are presently quite unaware about the game, it is expected that more information will be provided at the Anime Expo 2020 in Los Angeles, California during the Aksys Games panel. The Expo will be held from July 2nd and July 5th, and will serve as a medium for the developers to provide a bit more information. The exact release of the game is still unknown.

The game is all set to be released on multiple platforms, including PC via Steam, Nintendo Switch, and both PlayStation 4 and 5. The game will have a VR port as well, but it is not known whether it will be having a specific VR compatibility.

The development studio Mikage was founded by Ryohei Mikage, the former CEO of Imageepoch before announcing bankruptcy. Before the fall of the company, Mikage had earlier experience of working with titles like 7th Dragon, Sol Trigger, and Stella Glow.

Aksys has had a long track record of releasing a large variety of games, the most recent one being Criminal Girls X. The title marks their 10th anniversary in the Criminal Girls series that had been quite a hit, especially in Japan.

The free-play version of Criminal Girls X is scheduled to be launched in Japan in February 2020, with its full version being released in May 2020. Although the main focus of the song is mobile and PC, Mikage is trying to release it on PS4 also.

It’s really very praiseworthy that the relatively small studios are working towards another original series. It is also being speculated by all that the game will be having a title other than Criminal Girls X, for the same will be releasing after an year of the release of the forthcoming Criminal Girls title.

Putting all theorizations aside, all the details pertaining to the game will be unveiled in July at the Anime Expo.