As of The Legend of Zelda: Breath of the Wild, the game offers its players several ways to customize their exploration process and the world-saving experience. One such way is when a player can catch a horse and name it as per their wish. For a nominal fee of twenty rupees, the player can receive a bridle and saddle as well.

Moreover, there are a variety of unique saddle- and bridle combinations present in the game which the player can use on their horse that would further help to provide a different kind of aesthetics to their equine companion, starting from monster-themed furs and fangs to knight themed segmented metal armor.

It is believed that the Ancient Saddle and the Ancient Bridle which remains true to its form, gives the players’ horse a guardian themed aesthetic that remains completed with orange and blue glowing patterns that go up to the length of the horse. Added to this it also has stony ridges that follow up the mane to the head.

So How To Find The Ancient Saddle And Ancient Bridle In The Legend Of Zelda: Breath Of The Wild DLC, Champion’s Ballad. To find the Ancient Bridle the player needs to head to the Mogg Latan shrine, and then go to the North. They have to look for a narrow path that leads through the mountain. And, on the other side they would get to see a small pond that remains beneath a cherry blossom tree. After this, the player has to activate their Magnesis to find an EX chest present in the tree’s roots. After pulling it out and opening it, they finally get to the Ancient Bridle.

Now comes, the Ancient Saddle which is the counterpart to the Ancient Bridle and adds an interesting static effect to the steed of the payer’s choice. This would allow the players to summon their horse anywhere irrespective of how far the player is or where they have left it.

However the players must always remember that they won’t be able to summon their horse by their side if they are present in a location where the horses aren’t allowed such as the Gerudo Desert or inside the houses.

To find the saddle, the gamer has to initiate form the Highland Stable and then follow the road west past the Haran Lake. After that they have to take the next left, and cross over the Horse God Bridge. Soon they shall arrive at Malanya Spring where the chest which contains the saddle is located.

The Malanya Spring which is also known as the Horse God Spring has an interesting property of being able to receive any horses that may have died accidentally during their travels.

For the players you have the Champion’s Ballad DLC must ensure that they grab these important pieces of gear before they head out.

Fri May 29 , 2020
Portsmouth independent rap artist FlameGod creates a dreamlike, immersive ambiance with his most engaging voice and rap intricacies in new EP ‘Exotic World’. One of the main characteristics of a prominent artist is to be able to gift their listeners with an incredible feeling of music once they hit the […] 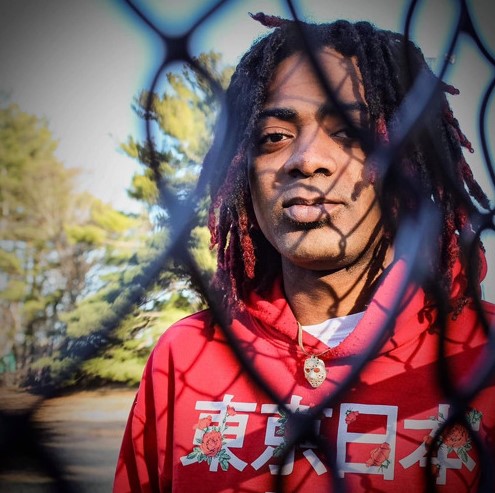