PayPal Holding Inc is now the first foreign company to have full control of its payment platform in China, says Chinese government data. The US-based payment operator is looking at a brighter future in the prosperous online payments market in the country.

In the report, the financial data was not revealed. Only a year ago PayPal acquired a 70% stake in GoPay. The amount for which they bought the stakes was never revealed. That acquisition made PayPal the first foreign company that had a license to provide online payment services in China.

PayPal refused to make any comment on the matter.

GoPay is one of the smaller fish in the vast online payment ocean in the Chinese market. By acquiring full control of the company, PayPal now races with other big domestic online payment services such as Tencent Holdings Ltd’s WeChat Pay and Jack Ma’s Ant Group’s Alipay. The online payment market in China has been fully run by domestic operators previously.

This new move by PayPal becomes a significant event after Jack Ma’s Alibaba Group Holding Ltd and other Internet companies were accused of monopoly and campaigned against by the government.

Hannah Qiu was put in charge of the Chinese business by PayPal last August. She was in charge of formulating a long-term strategy in the online payment market in China. As per PayPal’s website, Hannah Qiu was the Co-General Manager at Ping An Group’s Fintech unit OneConnect.

In their annual report of 2019, PayPal announced that the company was working towards availing cross-border payment solutions for traders and consumers so that the commerce ecosystem of China can be linked with PayPal’s global network. With their recent move, PayPal is now in the race with many other Chinese company-owned online payment services.

China’s very own XTransfer, co-founded by its Chief Executive, Bill Deng, has already been serving as a cross-border money transfer service for the users in the country. The Shanghai-based online payment platform has revealed to Reuters that they plan to become ‘China’s PayPal in cross-border businesses’ in the near future.

Wed Jan 20 , 2021
Leawo Software just launched its 2020-2021 Winter Holiday Giveaway & Specials on Jan. 15th, 2021, in which people can get Leawo Music Recorder as freebie, and get up to 50% discount on its bundles. (YourDigitalWall Editorial):- Shenzhen, Guangdong Jan 20, 2021 (Issuewire.com) – Leawo Software is a professional multimedia software developer with […] 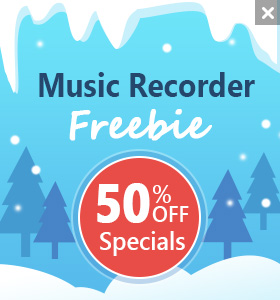