Heavy rocket fires and airstrikes in the Israel-Gaza conflict has claimed many lives on both sides on Tuesday. There have been calls that have intensified to put an end to the bloodshed.

A meeting of the UN Security Council broke up without issuing a statement, but France has proposed a solution and has called for a ceasefire in coordination with Jordan and Egypt, the neighbors of Israel.

Beijing’s ambassador to the UN, Zhang Jun has said the reporters that his team had already heard of the ceasefire proposal by France and China was supportive.

After midnight, the sporadic bombardment continued in the Gaza City and residents have kept awake as the Israeli jets are flying low overhead according to media reporters located in the besieged coastal strip.

Rana Abu Sultan who is 45 years of age has said that her family does not know what sleep is all about.

His family members are terrified by the sounds of the explosions, fighter jets, and missiles. His wife is a mother of seven children who said that they all sit together in a room and the 4-years-old son says that if he falls asleep, he will wake up to see that everybody is dead.

A photographer from a media outlet, earlier in the evening saw streaks of light in the sky as the air defense system of Israel has intercepted rockets that are launched from the Gaza strip.

The protesters and the Israeli forces meanwhile have clashed at numerous flashpoints in east Jerusalem and also across the occupied West Bank. The incident has hospitalized scores of people as the Palestinians have rallied in solidarity with their besieged counterparts in Gaza.

According to medics, dozens have been treated for wounds that are caused by the live bullets.

217 Palestinians are killed by the Israeli airstrikes that include 63 children and it has also wounded more than 1,400 people in just more than a week in the enclave run by Hamas. The reports came according to the Health Ministry of Gaza.

After rockets have been fired by Hamas, the death toll on the Israeli side has risen to 12. The rockets were fired at the southern Eshkol region where two Thai nationals who have been working in a factory have been killed according to the police.

Nearly 3700 rockets have been launched by Hamas at Israel since 10th May that has often forced people living by Gaza to shift into bomb shelters around the clock.

The near relentless bombing campaign by Israel in response has sent debris, fireballs, and black smoke into the sky and it has left two million Palestinians in Gaza who are desperate for reprieve.

There has been a deepening humanitarian crisis in the impoverished strip as the UN has said that 72,000 Palestinians have been displaced.

The session of the UN Security Council was called after the USA blocked the adoption of the joint statement.

EU Seals The Deal For The COVID-19 Travel Passes, Allowing The Vaccinated Travelers To Travel Freely

Heavy rocket fires and airstrikes in the Israel-Gaza conflict has claimed many lives on both sides on Tuesday. There have been calls that have intensified to put an end to the bloodshed. A meeting of the UN Security Council broke up without issuing a statement, but France has […] 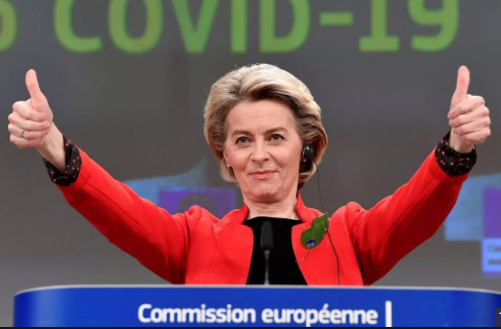