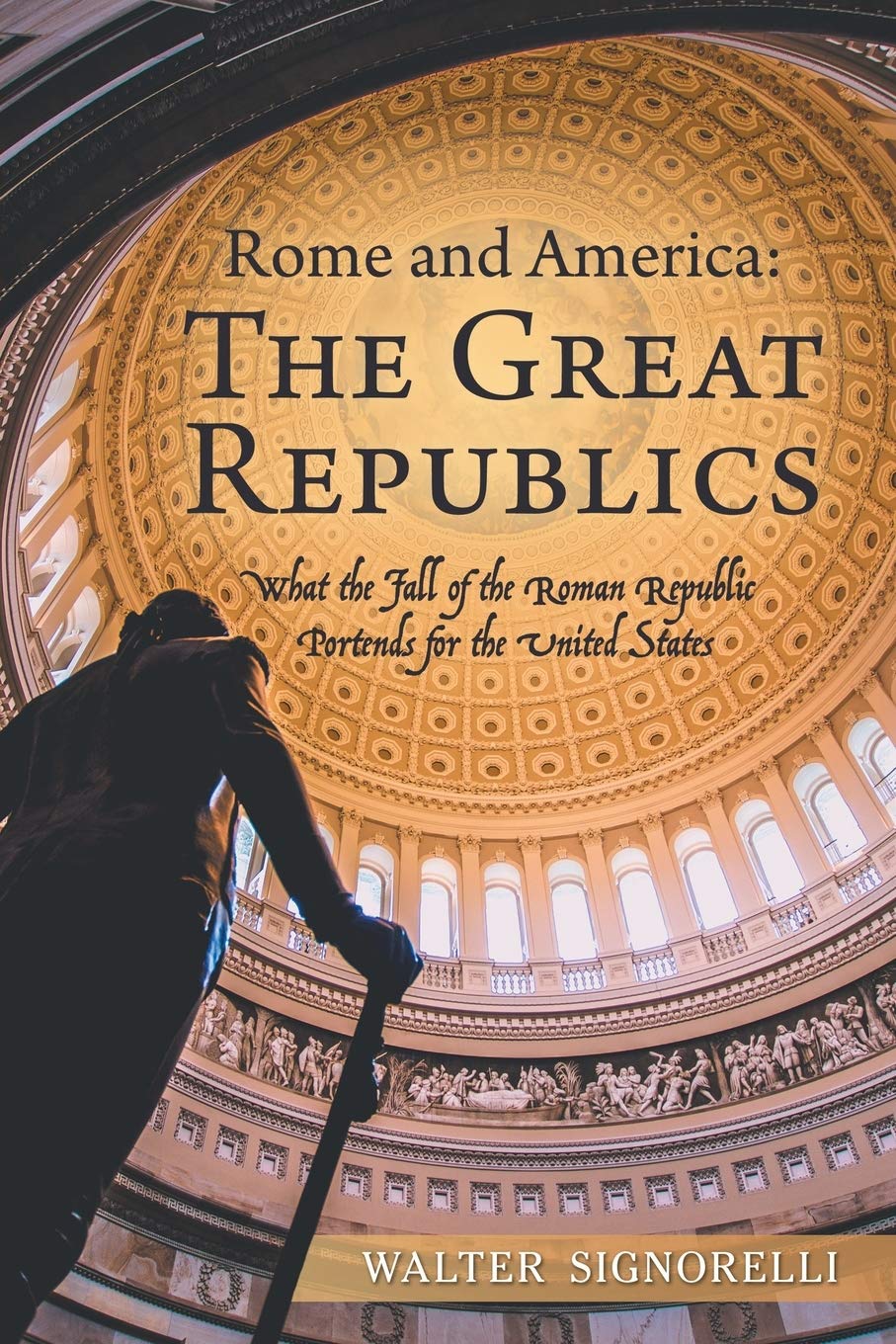 Discover the parallels between the two greatest and longest-lasting republics in history and how they were founded, grew, and prospered.

Rome and America: The Great Republics, explained further by its subtitle “What the Fall of the Roman Republic Portends for the United States,” delivers a comparative study of the governments of Rome and America. It examines the countries’ strengths and weaknesses, environments from which they emerged, constitutional governments and their similarities, military campaigns, and common values and practices. It especially observes the extraordinary legacy of Roman law in America.

Readers of remarkable historical narratives and the people who played starring roles in those narratives will find this book interesting. It can also appeal to students of history, political science, law, and cultural development because the book is thoroughly referenced and supported with quotes from respected scholars, political leaders, and notable citizens.

Signorelli is a graduate of St. Johns University Law School and the Columbia University Police Management Institute. He has written three books related to law and police science: The Crisis of Police Liability Lawsuits, Criminal Law, Procedure, and Evidence, and The Constable Has Blundered, which received a recommended rating by the Choice Review of Academic Libraries.

Walter was a member of the New York City Police Department for 31 years, serving in ranks from police officer to inspector. He is currently a defense attorney, police practices consultant, and Associate Professor of law at John Jay College of Criminal Justice in New York City. Know more about the author by visiting his website: www.signorelliwalter.com.

Walter’s work will be exhibited at the Ottawa Book Expo to be held at the Horticulture Building in Lansdowne Park, Ottawa, Ontario, on the 20th of October, 2019 from 10 a.m. to 5 p.m. at the Authors Press booth number AZ01. To get the latest update on authors, like and follow Authors Press on Facebook, Instagram, and Twitter.

Rome and America: The Great Republics – What the Fall of the Roman Republic Portends for the United States

Authors Press is an online publishing company and book reseller catering to the needs of both experienced and aspiring authors as well as readers. They offer the best publishing solutions for full-time and independent authors. The company’s team of proofreaders, editors, designers, and publishing professionals are committed in fulfilling industry standards for their client’s work to be published, marketed, and sold.

More information about the author and the event are available at www.authorspress.com. 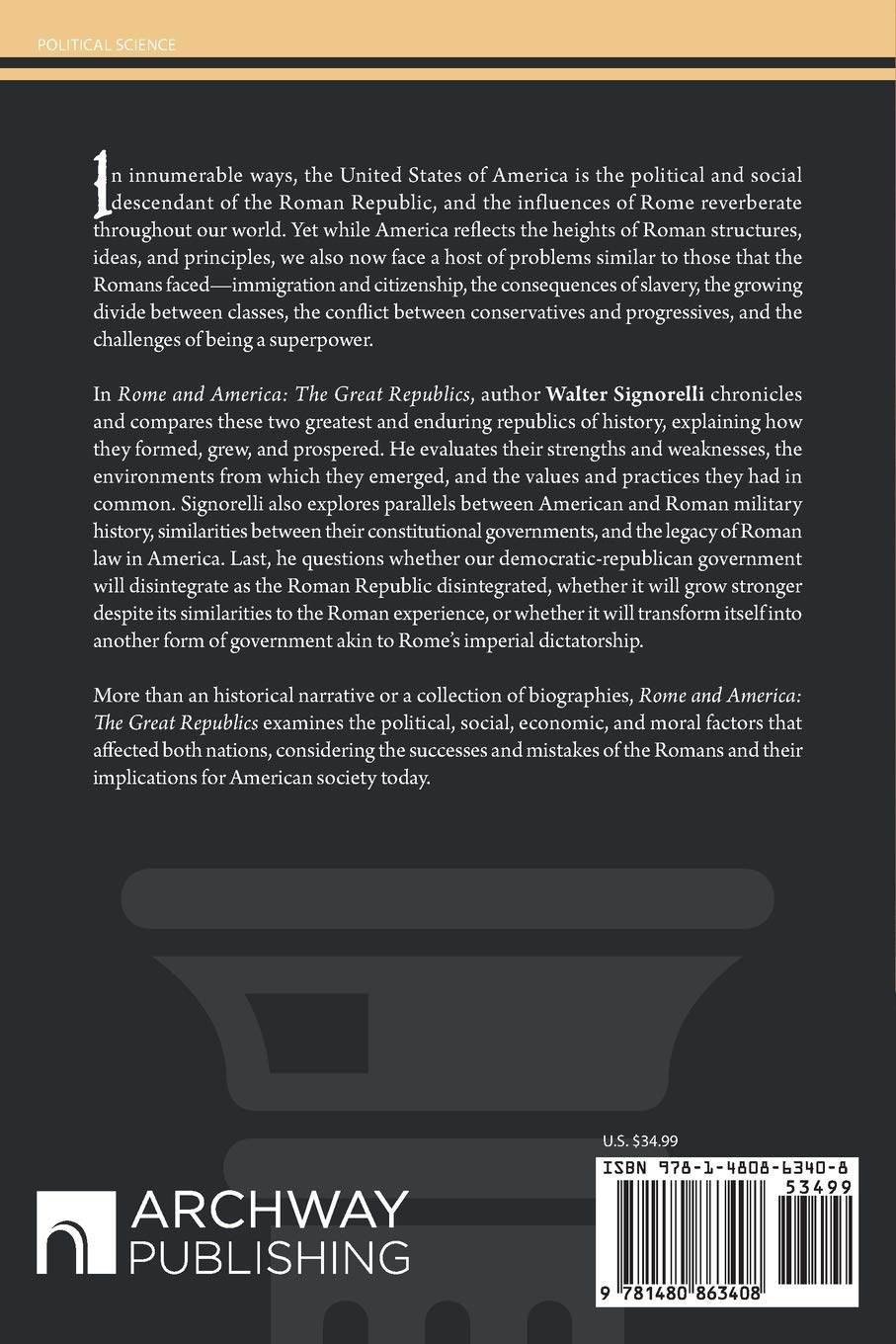 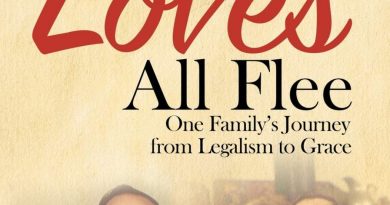 May 30, 2019 issuewire Comments Off on Former Mennonite Shares Family’s Journey to Finding Jesus 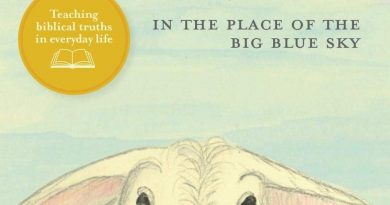 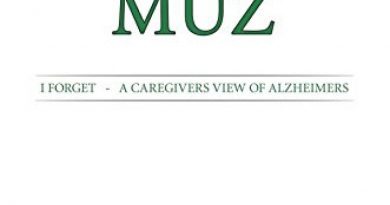 May 30, 2019 issuewire Comments Off on Wife and Mother Bares All in Her Fight Against Husband’s Alzheimer’s