The developers have shown recently that the Blizzard’s latest build of Diablo 3 is approaching rapidly. Blizzard Rolls The Newest PTR Build Out For Diablo 3’s Patch 2.6.9, Asking For Play Testers. They want the players to test and come back with feedback.

The whole period of PTR testing will last for about two weeks, and is scheduled to begin on May 21st and shall end on June 4th. The testers can expect to encounter maintenances, outages, hot fixes, and also patches as they go on and proceed through the PTR.

In order to help with the testing, Blizzard has applied for an increase to the drop rate of Legendary items and also double the Blood Shard drops. Added to this, the testers can bring Blood Shards to Djank Mi’em on the PTR servers to receive class-specific bags of Legendary items that would further require testing.

Blizzard went on to mention that in order to ensure that the most significant changes receive an ample amount of attention, they would appreciate the tester’s focus on testing and giving them feedback on the new Demon Hunter and Necromancer sets, Necromancer Skill changes, and also the Legendary item changes. Further, the developers added that all of this needs to be done, such that they can efficiently review the tester’s posts, and the feedback must be provided in the PTR Feedback forum while the bug reports should be provided in the PTR Bug Report Forum.

Blizzard has also offered the players a set of tips on how to make the most of the testing. It has been said that the PTR is available only for a period of two weeks and the priority here isn’t for the players or the playtesters to get involved and have a blast with the new content, but rather to provide feedbacks and polishing tips.

Keeping all this in mind, Blizzard has circulated the following suggestions:

The playtesters must pick a specific focus to test rather than trying to find out every possible addition. They must focus on their main class or the main pay style and look at how the changes have impacted it.

The playtesters must stock up on the items like Bovine Bardiche and Puzzle Ring to help kick start farming.

They must purposely attempt to break the things and strain the system such that every issue found is the one that Blizzard can fix.

Finally, the playtesters have to provide feedback on the experience rather than just a suggested solution, as if the issue itself is the primary focus.

The above-mentioned changes have been applied to every platform that Diablo 3 is available on, which includes the PlayStation 4, Xbox One, Switch, and PC versions.

But the only players who would be able to participate in the PTR are PC and Mac users. This is likely because the PC/ Mac players far outnumber the console players, which means that there are more playtesters available.

As per reports, the players and the playtesters likely have only two weeks to test the content, so they must get ready for it. It has been disclosed that the gates of playtesting are opened five days from now so the players must spend their time stocking up and getting ready to help the developers.

'GO!' By The Tampa Rap Artist Zo Dinero Has Thrilled The Musical Senses Of The Audience

The developers have shown recently that the Blizzard’s latest build of Diablo 3 is approaching rapidly. Blizzard Rolls The Newest PTR Build Out For Diablo 3’s Patch 2.6.9, Asking For Play Testers. They want the players to test and come back with feedback. The whole period of PTR testing will […] 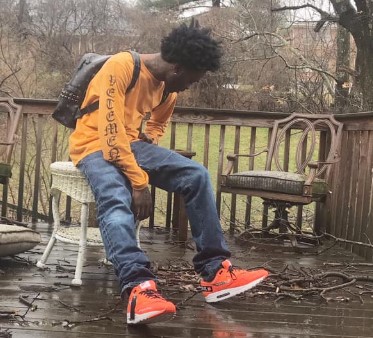