The health regulator in the US has made a serious revision regarding the Covid-19 treatment in the country. The revision was about the emergency use of antibody treatments from Regeneron and Eli Lilly. They have decided to limit the authorizations of these drugs on Covid-19 patients. The decision was made as the drugs have proved to be not very effective against the new Coronavirus variant, Omicron.

The Food and Drug Administration of the US or the FDA has stated that these treatments have not gotten clearance for use in any states or territories in the US. It has also been said that they may be authorized in some particular regions if the drugs are found to be effective against potential new variants. The FDA is responsible for ensuring the efficiency and safety of both humans and veterinary drugs and other biological products in the USA.

The agency has given more details on the matter as well. They have highlighted other therapies as well that can be effective in defeating the Omicron variant. Among all the options, the most powerful ones are Sotrovimab, an antibody-drug developed by GlaxoSmithKline and Vir Biotechnology, and antiviral pills created by Pfizer and Merck & Co.

The US government has decided to halt the distribution of Regeneron and Lilly’s treatments last month in the country. The government has also said that the halt will be in place until new information is acquired on the drugs’ efficiency against Omicron. The new variant has proved to be highly contagious. And it is said to be responsible for more than 99% of cases as of January 15th in the United States.

The other rival drug manufacturers have been established their dominance on the market. GSK and Vir Biotech have increased the production of their drug as its demand boosts in the US. The FDA has also given its approval for the Covid-19 drug Remdesivir by Gilead Sciences for the treatment of patients of 12 years and above who do not need hospitalization.

Regeneron is in talks with the FDA to bring other Monoclonal antibody treatments for Covid positive patients. The company stated that new therapeutic candidates can come to the clinic in the next months pending regulatory discussions.

Lilly has not made any statement on the matter but referred to its statement made in December that said that its antibody-drug Bebtelovimab has been able to uphold neutralization activity against all known variants of the virus including the Omicron variant.

The health regulator in the US has made a serious revision regarding the Covid-19 treatment in the country. The revision was about the emergency use of antibody treatments from Regeneron and Eli Lilly. They have decided to limit the authorizations of these drugs on Covid-19 patients. The decision was […] 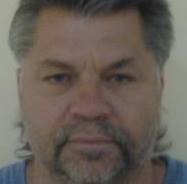