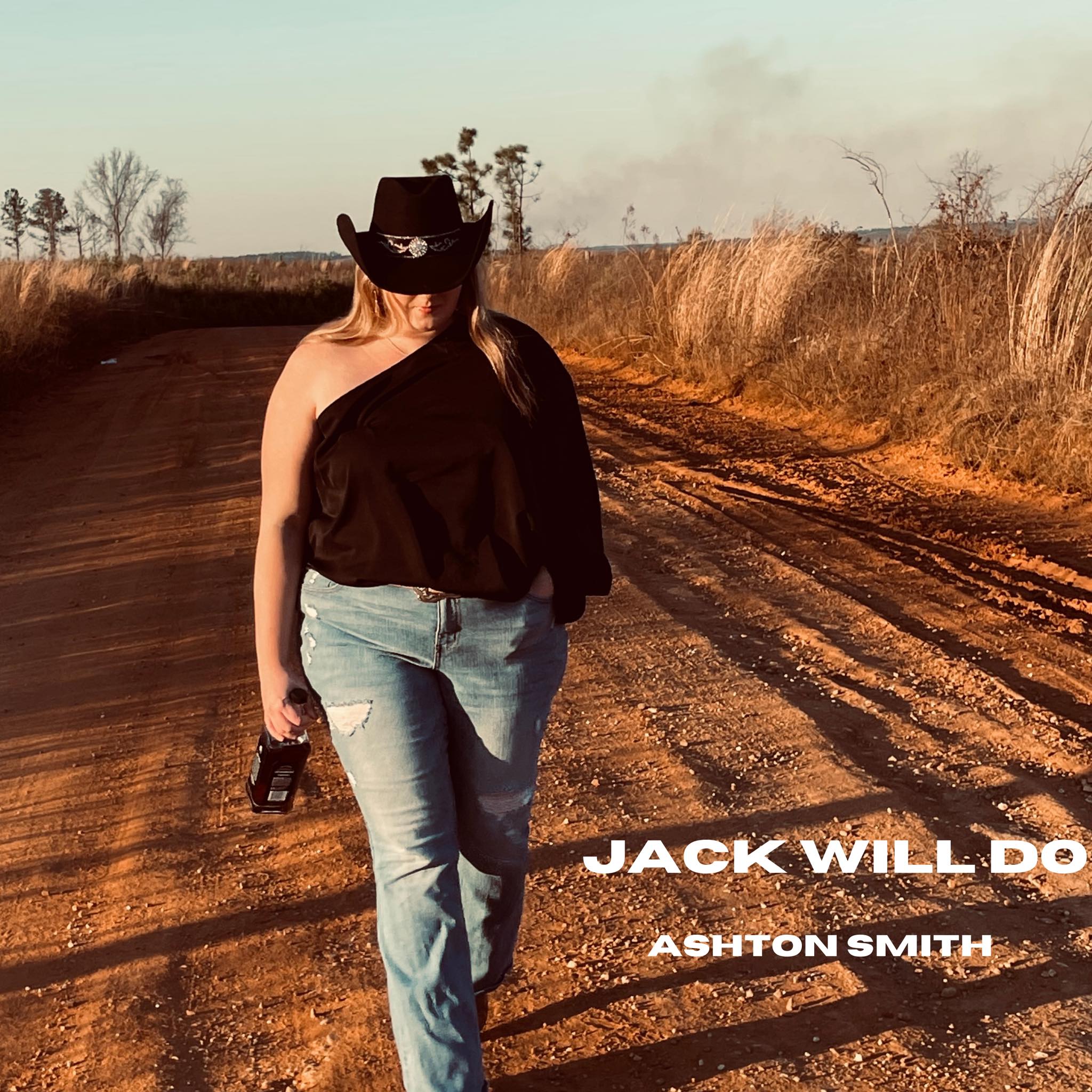 Nashville, Tennessee March 14, 2022 – Ashton Smith was born and raised in Dry Branch, Ga, where she started singing, and performing at a young age of 5 years old and writing her own music at the age of 12. She started out in her hometown church singing gospel, but her passion and love have always been Americana Country Singer-Songwriter Music.

Ashton Smith releases her debut 6 song EP Titled “Jack Will DO” The EP is a breath of fresh air with substance, as Ashton finds pleasure in singing, writing, and working with the musician, who is a huge part of her EP melodies coming to life. She was so excited to have the opportunity to share this experience with her father, Stewart Smith as well who is featured playing the lead guitar. And her Fiancè, Donald Griffis, who performed the drum tracks.

Ashton Smith already has a passionate, and dedicated fan base. Ashton’s performances range from Georgia, to Tennessee, and even Florida. Her Debut EP, and this major distribution release, demonstrate her will to provide her fans, with a recorded project that reflects what live audiences have seen first-hand. Make sure to add Ashtons Debut EP to your favorite playlist from your favorite streaming app. You are going to wanna listen to this over and over again.

This woman has it all — the voice, the presence, the heart, and the style of a head-turning superstar on the rise.

a singer-songwriter has now found a home for her music after inking a major distribution deal with Perry Music Group back in February. Perry Music Group also, known as PMG, is a multi-faceted Label Services and Major Distribution company. With a Music Publishing Group at The Core Of The Organization that produced number one hits like “Not A Moment Too Soon” (Tim McGraw), “What Part Of No Don’t You Understand” (Lorrie Morgan), “Anywhere For You” (Backstreet Boys) just to name a few.

Ashton teamed up with the Director of PMG, Mr. Bryan Wayne Perry who developed a new music industry business model, that Perry Music Group is known for. Perry Music Group works with a large roster, and a variety of genres, both Major, and Independent Label Groups, and artists around the globe. PMG is best known for its business consulting for any brand, as a brand, is a brand, is a brand, according to Bryan Wayne Perry. PMG also, proudly provides artists with MAJOR Global Digital Distribution, as PMG is an imprint of The Orchard, which is a subsidiary of Sony Music. PMG helps artists all over the globe, find a home that they can trust, for their music. Just like Ashton Smith has done for her debut EP.

After Ashton inked her deal, Both Ashton and Perry Music Group immediately started preparing for a successful launch of Ashtons’ debut EP “JACK WILL DO” set for March 14th, 2022. The ep will be available on all DSP providers, such as Spotify, iTunes, YouTube, Amazon, Google Play, Deezer, and many more. Get ready to add Ashton Smith to your playlist, from your favorite streaming apps, and play the hell out these songs, as they are all worthy of daily love.

Perry Music Group
Perry Music & Management Group is a multi-faceted Label Services and Distribution company. With a Music Publishing Group At The Core Of The Organization, Perry Music Group Provides A Variety Of Independent And Major Artist With Global Digital Distribution For Their Music.
info@perrymusicgroup.com
2828 Old Hickory Blvd APT #712