Apparently, the PC users are in for a certain surprise, during the next launch of Cities: Skylines. But, they aren’t taking it well. Well, a new launcher has been included within Cities: Skylines on the Steam and it will automatically get installed the next time the game is launched from the platform of Steam. The entire point of the launcher is not pretty clear, as it doesn’t bring in any new benefits, apart from introducing advertising space, which is being used to make a sell of DLC for the title and to make the users subscribe to the YouTube channel of Cities: Skylines.

Paradox interactive brings a launcher to Cities: Skylines, fans are annoyed because the launcher hasn’t added anything beneficial to the gamers. And, at this moment, it is only harming the title on Steam.

There are many players, who have expressed their disappointment over launcher through social media platforms, along with the Steam Page for Cities: Skylines. The launcher is added by Paradox, which the users need to accept, so that they can continue playing the five-year-old title. There is one more thing to note is that there is no way of opting out of the launcher or its agreements. The entire agreement has only one interesting thing to mention, which brings back the memories of Take-Two Interactive threatening mod creators with legal action in Red Dead Redemption 2.

In Section 3, Article IV, the new End-User License Agreement, which reads, ‘(Users will not) Modifiy, adapt, translate, reverse engineer, derive source code from, disasseemble, decompile or create derivitive works of the Game, other than may be permitted according to applicable law’, is outlawing modding the game; a bizarre facet of what is likely mere boilerplate legal huffing and puffing, considering that the Cities: Skylines development studio Colossal Order has worked closely with mod developers in the past. There is also a window for supporting content creators available in the launcher. Yet the line is verbatim the one that Take-Two has referenced multiple times when chasing mod creators such as Hot Coffee, and The Red Dead Redemption Damned Enhancement Project.

Well, with this, there is an agreement, which has ultimately become the standard spying agreement; information of your PC gets collected by Paradox, which includes information like your preferred browser, so that it can be used for marketing the other Paradox Games.

Some reports also suggest that the new launcher is forcing the title to run worse, along with rendering some mods unusable. In tests, I’ve personally found both of those claims as false; the title continues to run smoothly with no performance hiccups, and I have yet to find a mod that has been broken by the inclusion of the launcher, testing the top thirty mods on the Steam

At this moment, it is pretty difficult to say, whether it is providing any good to Paradox. The annoyance is however very small as it is just another window, making people aware of DLCs that they’re opted not to purchase.  It’s also not the end of the modern world.

The Latest Trailer Of SnowRunner Breaks Boundaries With New maps, Contracts and Realistic Use Of Physics

Tue Mar 31 , 2020
The truck simulator game SnowRunner is set to bring their players the most realistic effects possible. The players can accept extreme jobs and display their skills in those dangerous situations like ice road truckers in real life. And just like in real life the game can be over for you […] 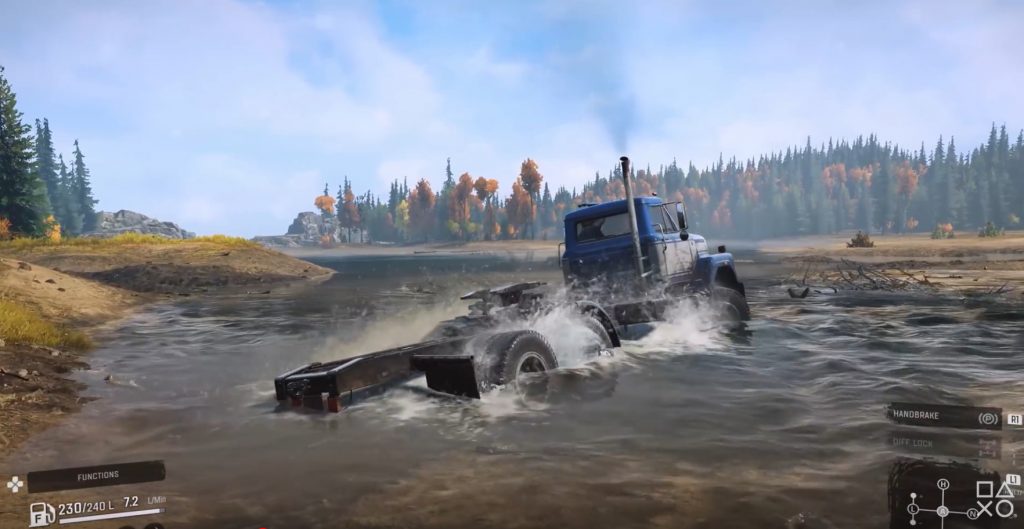